On Tuesday, a Bastrop County deputy made an arrest of Eric Ybarra at his home. Ybarra feels that the deputy slamming him to the ground was excessive. 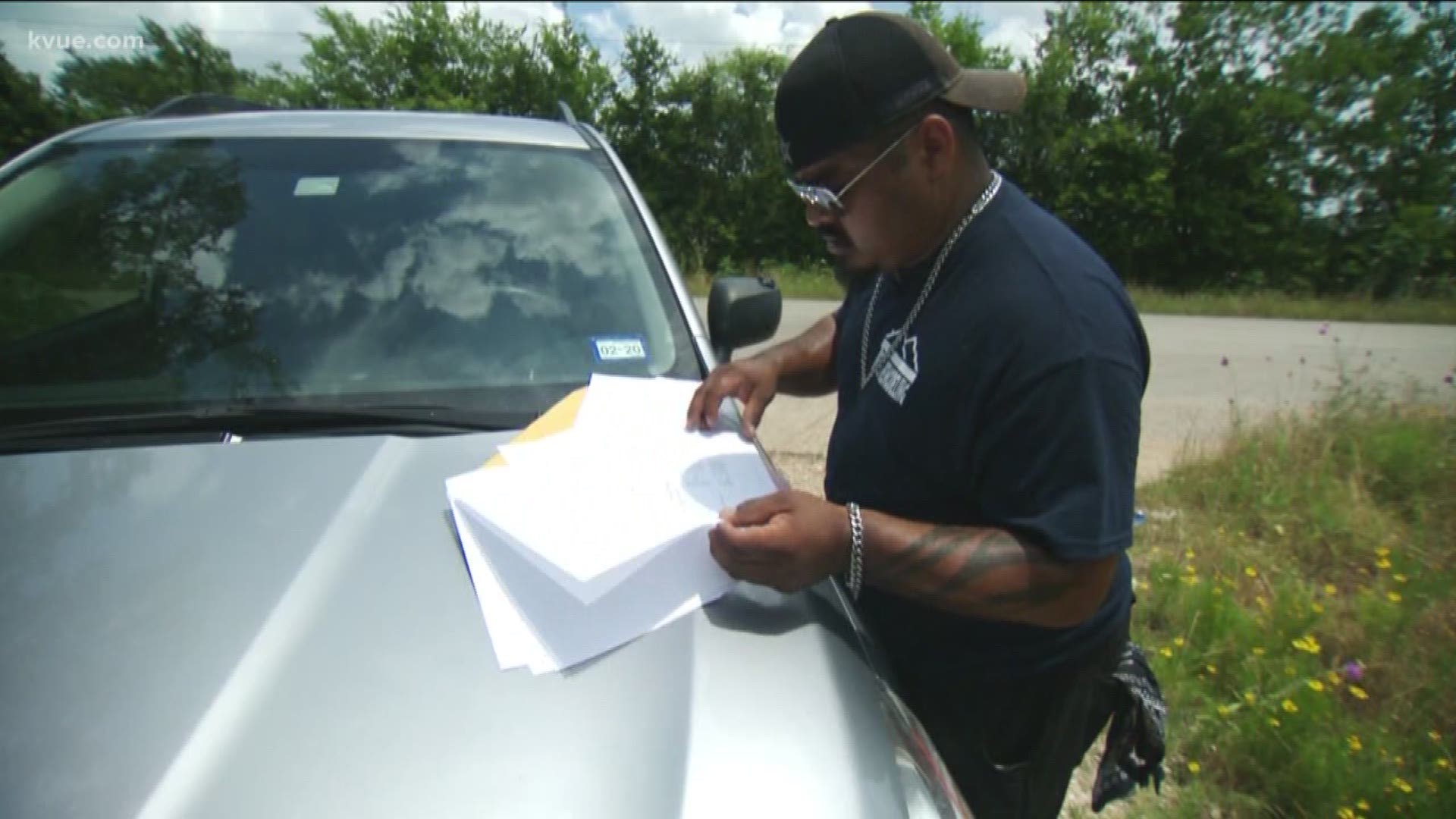 BASTROP COUNTY, Texas — A video circulating around Facebook shows what a Bastrop County man calls an assault by a sheriff's deputy.

Eric Ybarra's daughter took an eight-minute video while Ybarra was being arrested on his private property Tuesday night.

It ended with the deputy wrestling Ybarra to the ground, resulting in broken ribs, a concussion, and scratches on Ybarra's face. He was taken from the scene to the hospital then to jail.

According to him, this deputy jumped over his locked fence and arrested him for a warrant on a parent contributing to non-attendance, meaning his daughter wasn't at school for an extended period of time. That's a Class C misdemeanor in the state of Texas.

He said that he had taken care of the charge, but that he had not yet paid the fine. But there was a warrant out for his arrest.

We showed the video to a retired Travis County Judge, Charlie Baird, and he agrees with Ybarra and believed this could be handled differently.

"In a case like this, where the offense is so small and so minor, it appears that jumping the fence or doing something that's an extraordinary effort to execute this warrant is probably unreasonable," said Baird.

While watching the clip he said it appears to him that there could be a case for excessive force.

"That looks like really excessive force to me if the guy's in handcuffs especially," said Baird.

The county clerk said that there were three charges against him Tuesday: parent contributing to non-attendance, driving with a suspended license, and resisting arrest. Ybarra had been "released by the court," according to that county clerk.

Ybarra told KVUE reporter Hank Cavagnaro that if the officer was going to arrest him he should have gone about it differently.

"I got caught off guard in handcuffs for a misdemeanor warrant," he said. "We could have settled this by just a simple conversation, like human beings, instead of him trying to manhandle me on my own property and drag me up here to the front."

KVUE made multiple attempts to reach out to the Bastrop County Sheriff as well as the district attorney around 10:30 Friday morning. As of 6 p.m. Friday, they have not returned any calls about this incident.

But Ybarra said a judge threw out the resisting arrest charge. A county clerk told KVUE the DA could still file charges after reviewing the evidence.

As for Ybarra, he said he's going to file a civil suit against the deputy for the amount of force that was used.

We also talked to a retired judge, Charlie Baird, about this situation and he said arresting a person on a Class C misdemeanor warrant (like a parent contributing to non-attendance at school) is technically legal, but very uncommon.

The deputy's ability to arrest someone on their private property is also legal, according to Baird.