Austinites reflect on how Martin Luther King Jr. is impacting their lives today

A statue of Martin Luther King Jr. sits right in the heart of UT’s campus. So on this MLK Jr. holiday, KVUE stood near the statue to talk to people about his lasting impact. 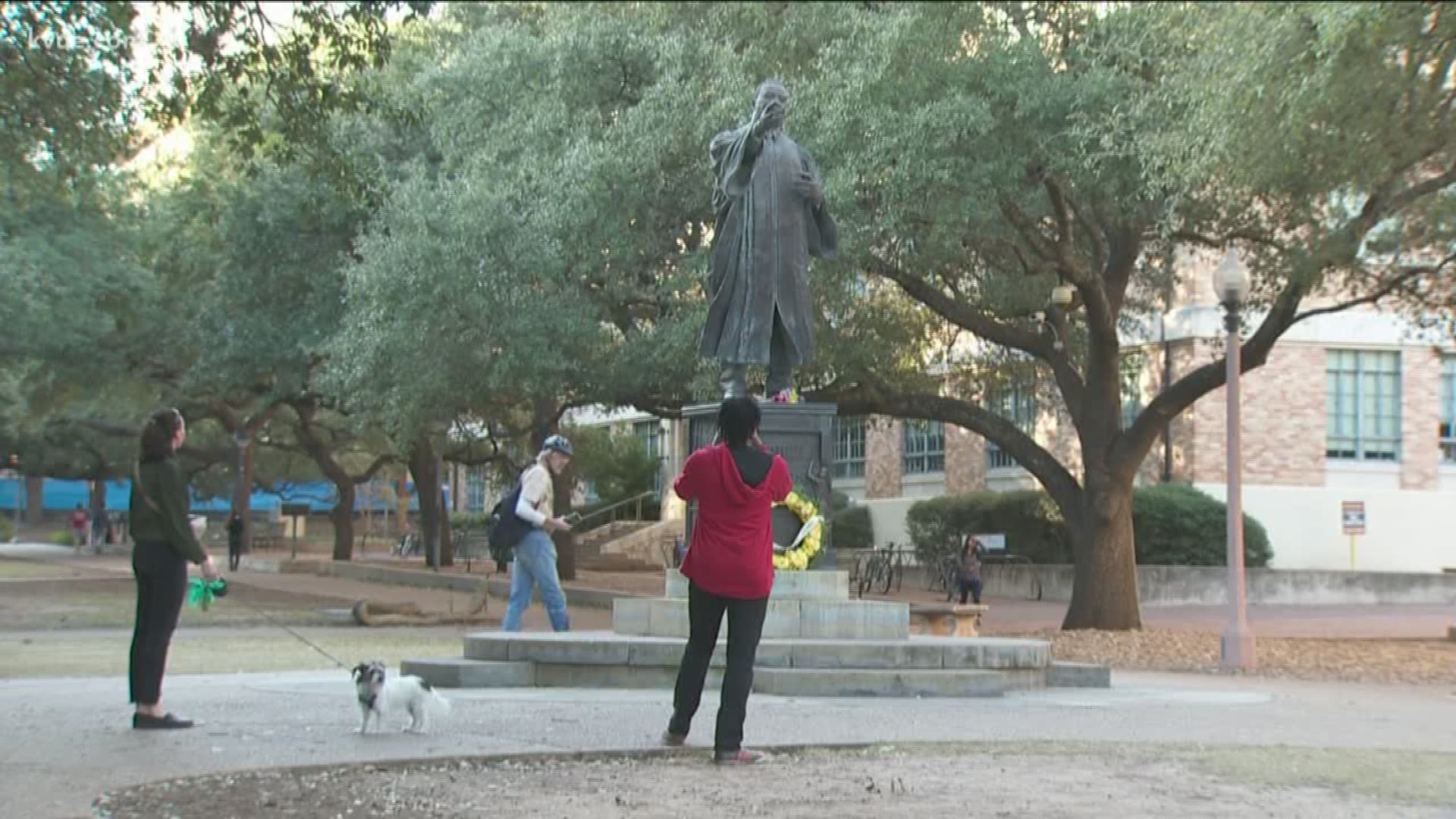 AUSTIN, Texas — Many are remembering the life of a trailblazer and civil rights icon who changed our country forever.

A statue of Martin Luther King Jr. sits right in the heart of UT’s campus. So, on this MLK holiday, KVUE stood near the statue to talk to people about his lasting impact.

Question 1: Where would we be today without Martin Luther King Jr.?

“Wow, I think that would be a world none of us would want to see, especially those of us who grew up in this generation,” said Johnny Chambers Jr. “I think we’ve reaped the benefits of the past generation and struggle for civil rights. And MLK, he changed the world through peaceful protests and he fought for everyone, not just black people.”

“I am from El Salvador so over there we know about MLK and for us he gave us a great example of how we can be united, working together as one people under God,” said Diego Zometa.

“I think we would be really far back in terms of social justice,” said Aidan Smith. “I think he was really at the forefront of his time, race issues, not only that gender issues, and equality of all kinds."

Question 2: How has Martin Luther King Jr. impacted your life?

“[He] has a huge impact because I learned how it is important to treat people equally, not only races, but different sections, ages, so I try to treat people all equally,” said Kwangsub Buiun.

“Obviously with segregation and all that, if I had moved in here and it was still going on I don't think I would be going to the same schools as white people or any other race,” said Arwinder Singh.

Question 3: Martin Luther King Jr. had his dream. What is your dream for our country?

“My dream for the country is that we focus less on party loyalty because we're so divided right now as a nation,” said Joanna Rogowski.

“Focus more on mental health because it's honestly something you need to look out for,” said Amelia Garcia.

"My dream for our country is for people to get along and to accept others for their differences and not judge before actually getting to know someone,” said Jaxie Pidgeon.

All the answers vary, but each sparked by a man who continues to inspire others to dream.