The APA president is demanding for protective gear and the use of CS gas. 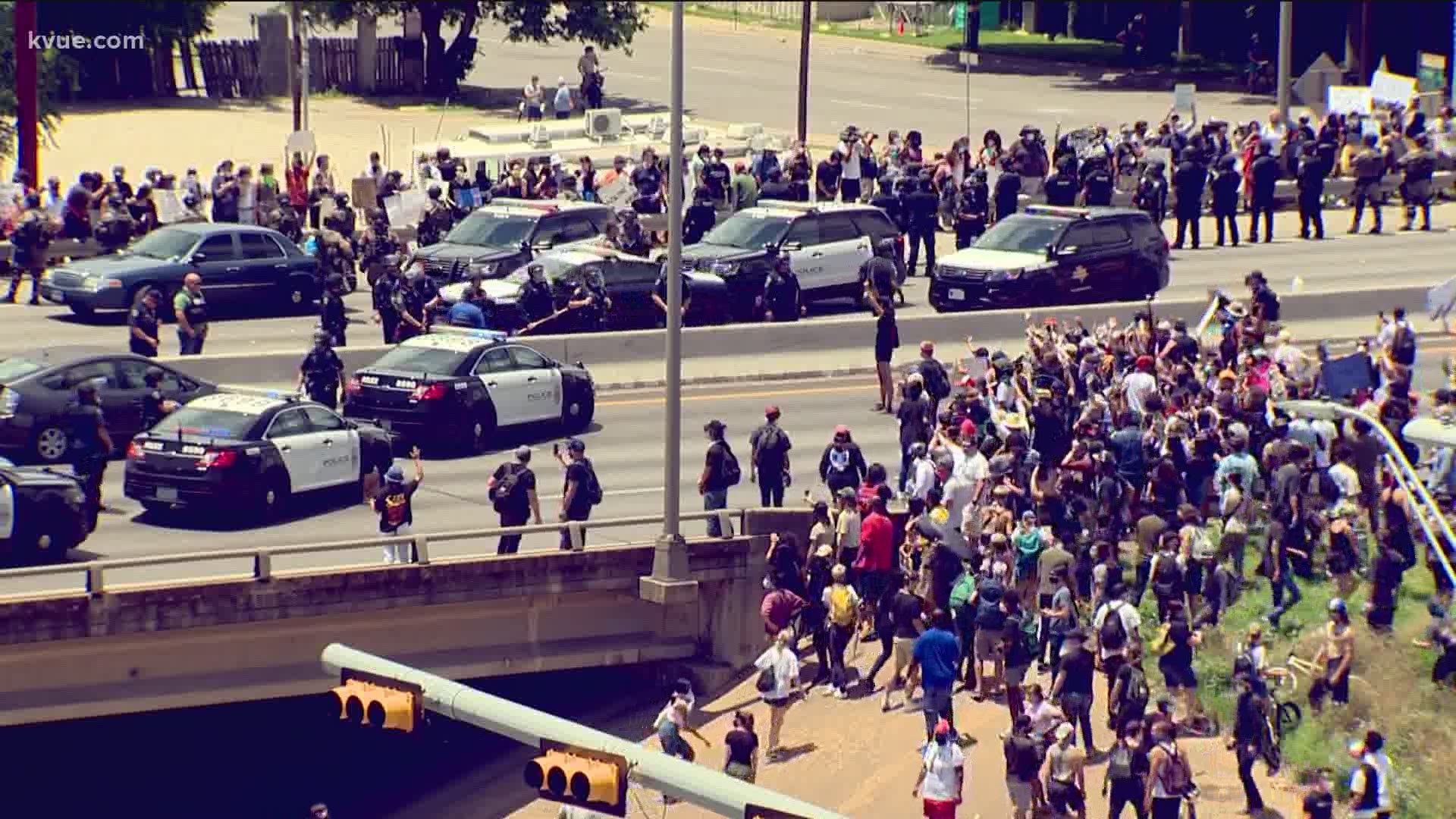 AUSTIN, Texas — Editor's note: This article originally stated that the APA president was calling for all officers to stop working protests if the union's demands aren't met. It has been updated to reflect that only officers on certain teams are being asked.

The head of Austin's police union is fed up.

As a result, Ken Casaday said he plans to tell officers who work with the Special Response Team (SRT) and the Mobile Field Force (MFF) to not do their jobs during protests unless they get the equipment needed to protect themselves and citizens during those protests.

On Monday, Casaday said the Austin Police Association (APA) sent a letter to its membership asking these officers to not work at protests unless the union's demands are met.

During an emergency meeting with Austin Police Chief Brian Manley on Monday, Casaday said he also planned to ask for officers to again be allowed to use CS gas and other less-lethal options during protests.

Protests are the new normal in Downtown Austin. So are ill-equipped officers, according to the APA.

"Now, they've taken our abilities to deal with riots and people that are creating havoc in our city. They've taken our CS gas away ... which hurt nobody on the interstate that day. The people left in about five seconds. It was a very effective tool," Casaday said

Casaday wants that to change.

On Monday, the APA drafted a letter, telling SRT and MFF officers not to work at protests if they don't get proper protective gear. Casaday said SRT officers need upper body protection and MFF officers only have riot helmets. He's also asking for officers to once again be allowed to use CS gas or tear gas during protests.

The move came after several protesters were injured when officers used such items. But Casaday said the measure only tied officers' hands.

"If they don't provide the proper equipment, we're going to advise our officers to not go out and do their job, because if that if they're not protected with the equipment that they need, we're not only talking about just the tools [that] were taken away by council, now we have officers going out on these riots just with a nightstick and a bulletproof vest on and not the proper protective gear," Casaday said.

This letter comes at a time when officers are retiring at a rate not seen in recent years. According to the Austin Police Retirement System, 53 officers have retired so far this year. For the last five to six years, the system has averaged about 52 retirements per year.