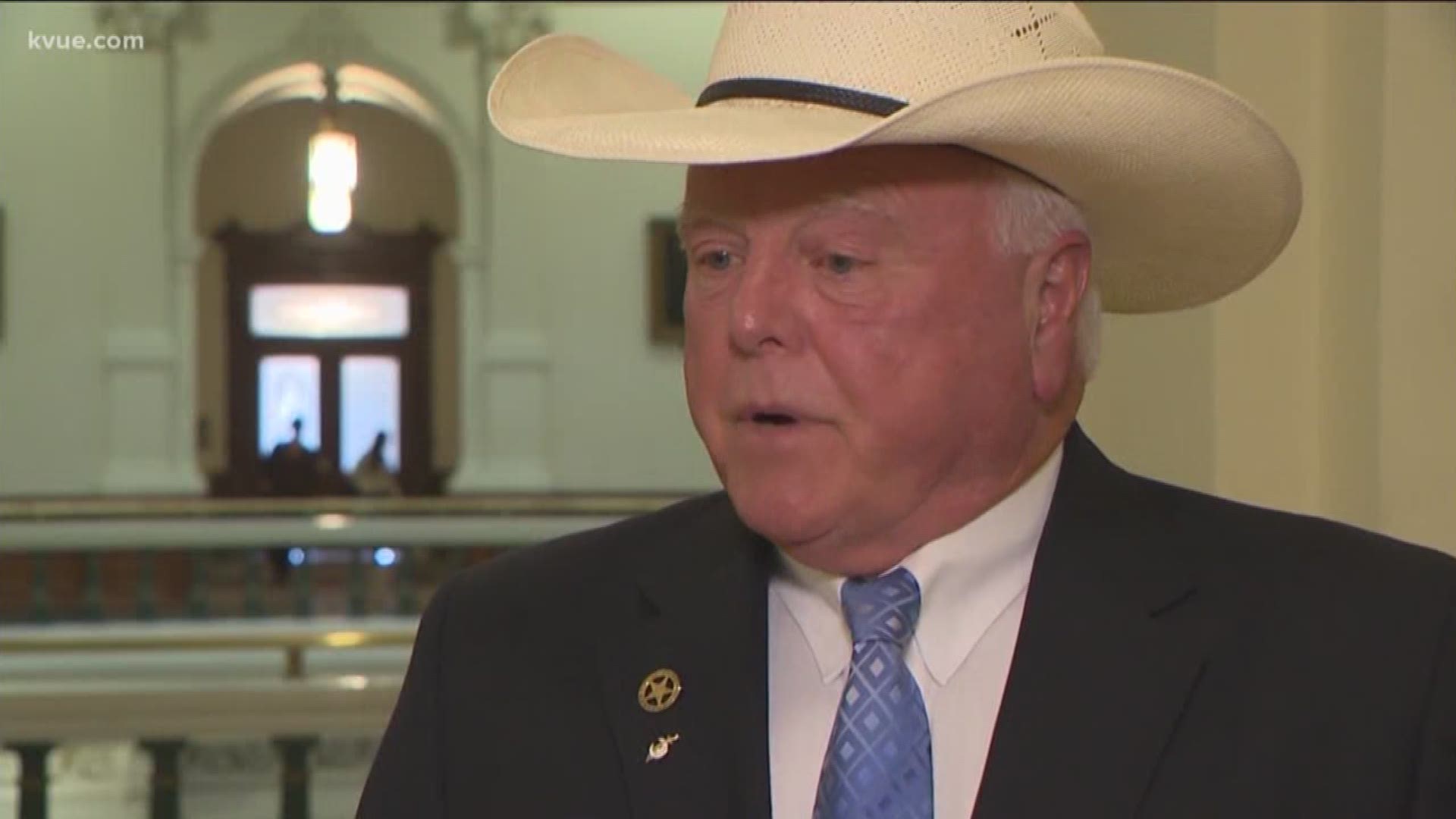 “It is a gift that our community gathers at this City Wide Iftar," Mayor Adler said on Wednesday. "The Iftar is a time for reflection, piety and growing closer to God. Every year, this event is a special opportunity for people of many faiths to grow together. As mayor, it is my privilege and responsibility to lean into such learning moments with my community – not to back away from them."

On Tuesday, Commissioner Miller made a plea on Facebook to get the mayor to ditch his plans to attend the Iftar, an evening meal in which Muslims end their daily Ramadan fast. Commissioner Miller said he was "shocked" that the mayor would plan to share the stage with the Minnesota congresswoman, who has been criticized for her remarks that many deemed as anti-Semitic and dismissive of the 9/11 attacks.

"I hope that Mayor Adler will heed my call and be a no show for this dinner as long as Congresswoman Omar remains on the program," said Commissioner Miller. "I pray that he will encourage event organizers to cancel Congresswoman Omar's participation, and, instead, reach out to leaders of the Jewish Community in Austin and ask them to participate, thus making the event a true showcase for diversity and inclusiveness."

In the Facebook post, Commissioner Miller classified Omar's remarks as "hate speech" and said her "repeated attacks upon the Jewish State of Israel have no place in a city like Austin that prides itself on diversity and inclusiveness."

"It's not inclusive to have a keynote speaker at a dinner who has repeatedly attacked the Jewish faith and its adherents," Commissioner Miller said. "Mayor Adler should help Austin stay true to its roots and use this opportunity as a teaching moment for Muslims, Jews, Christians and those of other faiths to come and break bread together in the spirit of unity and love, not hate."

After her remarks were brought to national attention by a video posted by President Donald Trump, Congresswoman Omar said she received numerous death threats and claimed the president was encouraging violence and hate.

In an interview with our sister station KARE in Minnesota, Congresswoman Omar addressed the comments she made, including her statement that "some people did something" when referring to the 9/11 attacks. 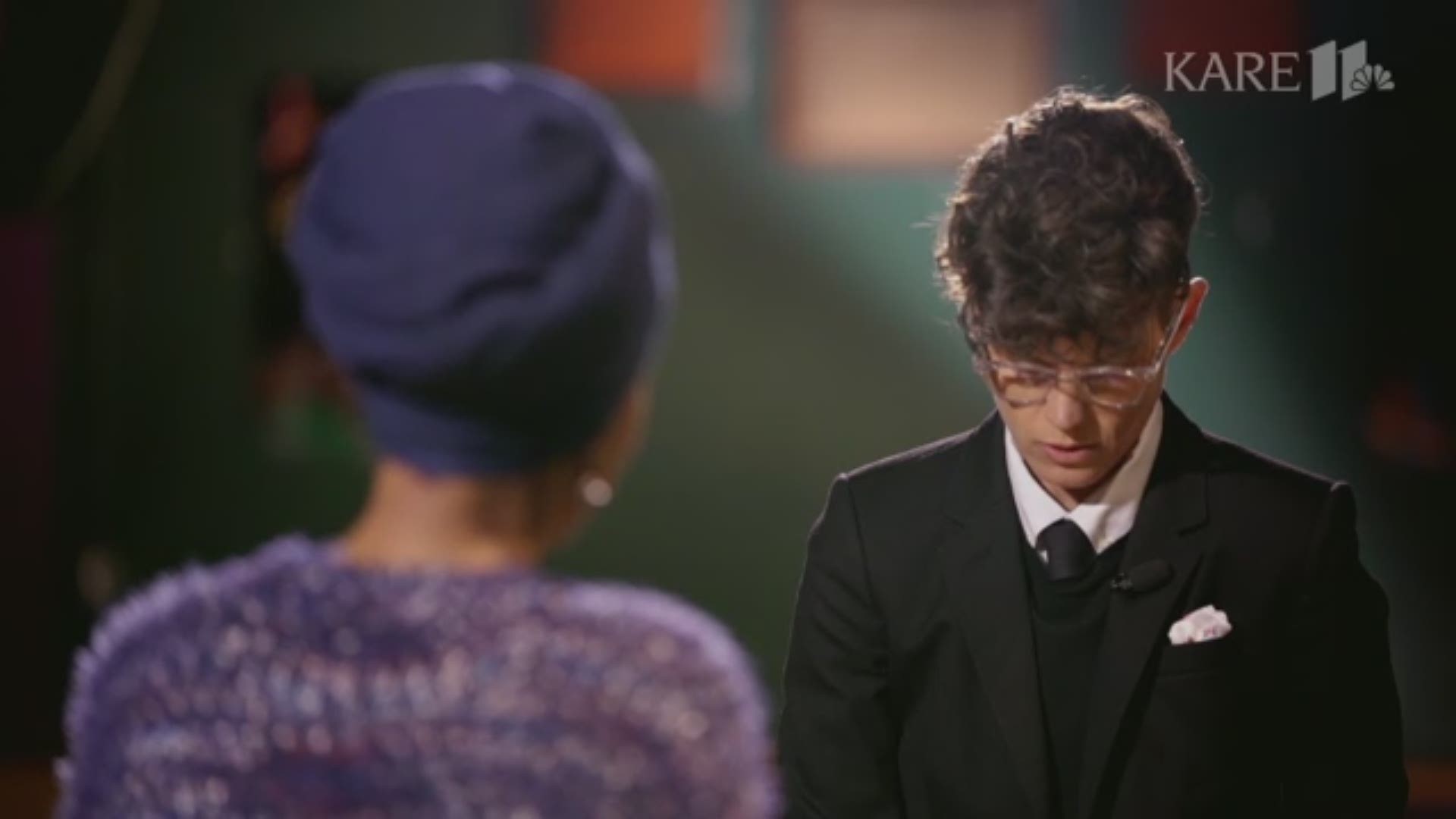 "You’ll see oftentimes that a horrific event like 9/11 would happen where a few awful terrorists attack us, attack any nation and then people like the president and others will use that incident to paint a whole faith as being awful," said Congresswoman Omar. "And so in my speech I was talking about how our civil liberties as Muslims was being eroded after the horrific attacks of 9/11."

The congresswoman also addressed her controversial tweet stating that U.S. support for Israel in the struggle with Palestinians is "all about the Benjamins."

"Specific to the tweet though, it upset many Jewish Americans, many Jews around the world, and a lot of Jews in the 5th district. What do you say to them," asked KARE's Jana Shortal.

'It has to stop': Omar says Trump encourages violence, hate

Shortal then asked the congresswoman if she is anti-Semitic.

"Absolutely not," she responded. "I have always believed that it is important for those of us who really are marginalized in all of our societies to recognize there are people who benefit from division. Everybody wants to pit us against one another in order to maintain power. So it is easy for people to say, 'Look over here,' and that’s what the people like this president and many of the leaders within the Republican party are doing. There is a rise in hate in this country, and that's coming from white supremacists."

Despite the congresswoman's followup, Commissioner Miller said he still believes she is anti-Semitic and he disagrees with Mayor Adler's response.

"I don't think we should include anti-Semites and people who hate Israel and hate the Jewish nation," he told KVUE's Ashley Goudeau.

Goudeau then asked the commissioner what he thinks about those who say Congresswoman Omar's comments could have been taken out of context.

"I would say they're covering for her, because they obviously are," said Commissioner Miller. "Her comments were very plain ... she meant what she said."

On Wednesday, Mayor Adler confirmed he will be attending the Iftar.

"I think it's a real gift to this city to have a community City Wide Iftar," said the mayor, who is Jewish. "It's a time for the community to get together, be closer to God, and to learn and grow with one another. ... It is my honor and privilege and responsibility and duty to lean into these kinds of learning opportunities rather than walking away from them."

The fourth annual City Wide Iftar dinner is scheduled for Saturday, May 18. The congresswoman is also slated to speak at the Texas Young Democrats convention, which runs from May 17 to 19 in Austin.