A juicer is someone who collects e-scooters and charges them to full battery overnight. 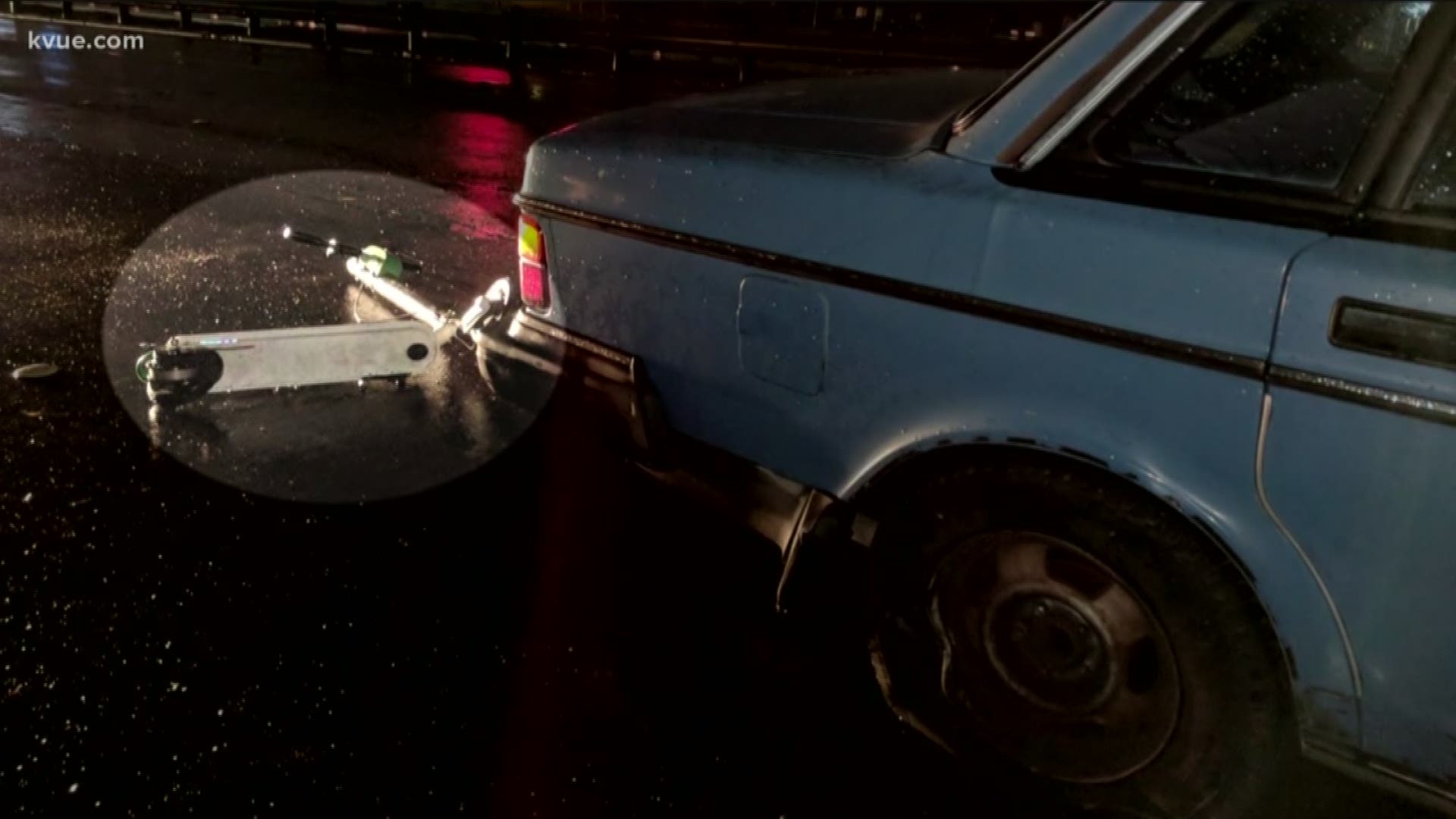 AUSTIN — An Austin man was left with two flat tires and a tow truck bill after he claims a scooter fell out of a Lime juicer's truck in the middle of the road and damaged his car. Now, he wants to find the driver responsible.

J.J. Castillo told KVUE he was driving southbound on the I-35 frontage road between East Oltorf Street and Woodward Street on Wednesday night when that truck got in front of him.

"I noticed they had a lot of scooters in the back of their vehicle," Castillo said. "I was following behind them, and then something fell out. I couldn't really tell. A second later, I hit something and my car kinda started driving erratically."

Castillo honked and flashed his lights to get the driver's attention. But when that didn't work, he got out of his car and waved the driver down.

"It looked like they were going to turn around, at least park around this corner, and then they just left," he said.

Castillo walked back on the frontage road to find the object he hit just minutes before, and that's when he found a Lime scooter on the side of the road.

"I finally saw it. It's exactly what I thought it was going to be. It was a damaged scooter," he said. "It was very important that I hold on to it because someone needed to be held accountable."

The damaged scooter is parked inside Castillo's home as he tries to work with Lime to find a solution.

"It got some damage from being run over, but I feel like my car got more damage," he said.

Along with two flat tires, the impact damaged two wheels. Castillo believes it's possible the undercarriage is damaged, too.

"I'm not a [Lime] customer. I was just an innocent driver driving to the store and because of someone else's actions and their inability to safely stack a good number of scooters in the back of their vehicle, I was now paying the price," he said.

Castillo filed a claim with Lime and a report with the Austin Police Department. Lime confirmed to KVUE it's working and communicating with Castillo.

He believes the juicer, an independent contractor who collects scooters and charges them to full battery overnight, is aware about what happened.

"I would be very surprised if they were just completely unaware with that amount of noise, some of those flashing lights, and that there were hazards on behind them and then someone was actually running after them," he said.

Castillo hopes Lime will take responsibility and pay for his repair bills.

"Whether someone meant to do it or not," he said, "doesn't change the fact that it did happen and that there was damage an innocent individual."