Roger Lopez said he made mistake and wants others to learn from him. 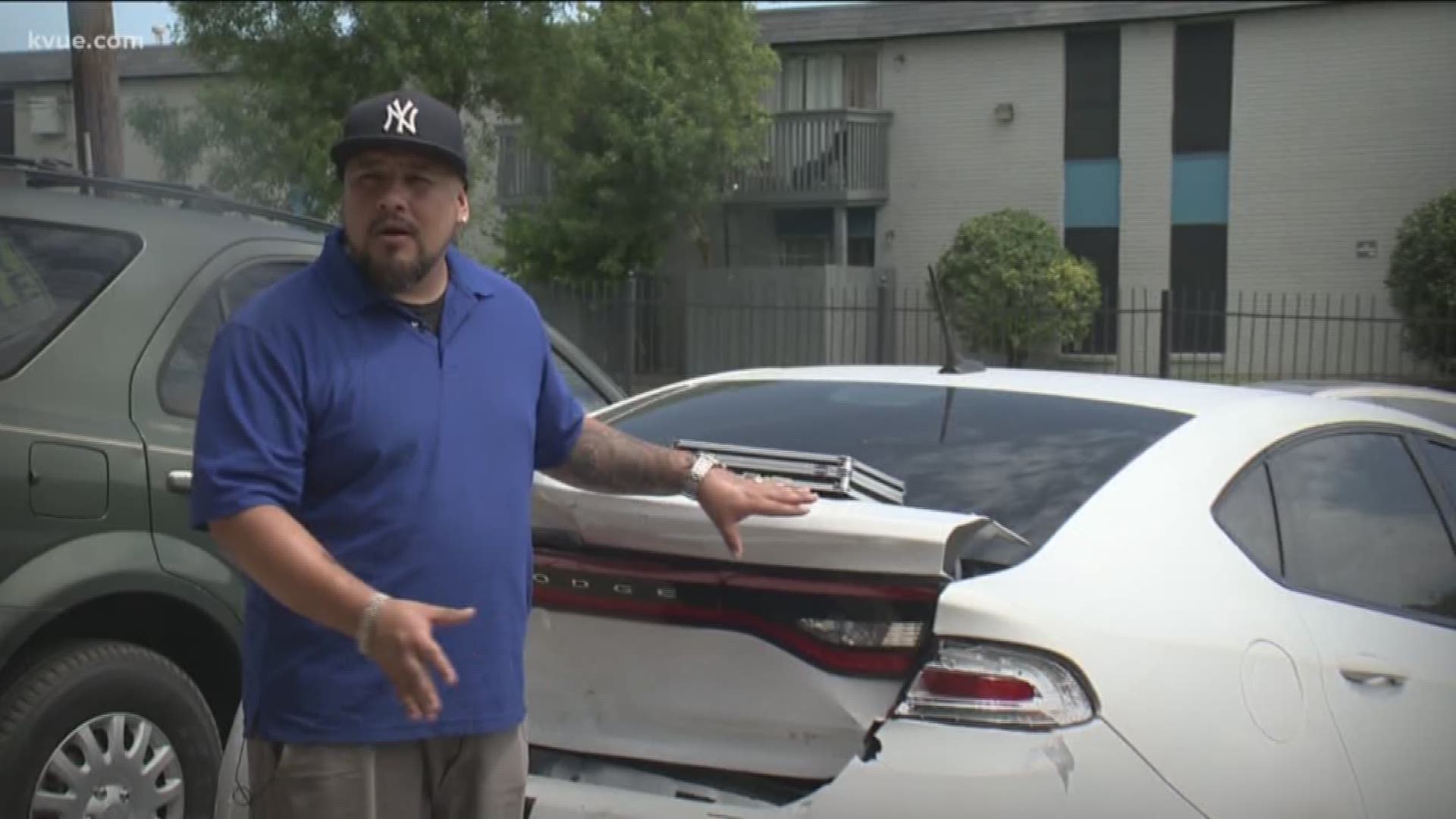 AUSTIN, Texas — Getting rear-ended on May 10 was bad enough.

"I was driving down Slaughter and an unexpected person hit me from the back," Roger Lopez said.

But things went from bad to worse when Lopez tried to repair his white Dodge Dart.

"Jumped out of the frying pan and into the fire," he said.

Lopez turned to Facebook to try to find a good deal on an auto body shop. On a post asking for a good shop, he was referred to Eli Zapata. Lopez met with Zapata face to face.

"I felt like he was giving me a really good deal," he recalled.

"He's like, 'Hey I've got a friend in San Antonio, and he'll give me this part for free. I'm not really going to be paying for parts. All I'm really charging you for is labor.' He's like, 'We'll adjust a little bit here. We'll do a little bit this, and this and that, and a little magic touch-up,'" he said.

"I would avoid purchasing or paying for anything up front," said Officer Silva.

Lopez said it wasn't until a month with no repairs done to his car that he started to worry. He finally did some internet searches on Zapata and found several bad reviews and civil lawsuits.

"When you hand over the keys, you give someone effective consent to your vehicle, so basically that becomes a civil contract at that point. There's not a criminal offense at that point," said Silva.

Police told Lopez to send a demand letter to get his car back. Lopez did. But he discovered there were several others who filed civil lawsuits against Zapata. Lopez felt legally the civil court would help the other victims first and he wanted his car back immediately.

So Lopez turned to Facebook once again, this time posting a $1000 reward to get his car back, because by day 55 he said Zapata was no longer returning calls. He didn't know where his car was.

"He was basically stringing me along and I was the perfect victim," said Lopez.

Ultimately, Lopez got his car back after agreeing to take the post down. That was day 58.

RELATED: Finding a reliable mechanic isn't as hard as you think

Now, he wants everyone else to learn from his mistakes and not get taken like he did.

We talked to Eli Zapata by phone. He denied Lopez's account of what happened.

He said he has been offering to give back the $575 and it is Lopez who refuses to accept the money.

As for the bad reviews and civil lawsuits against him, he said that's the cost of doing business for a long time and he has several good, loyal customers as well.