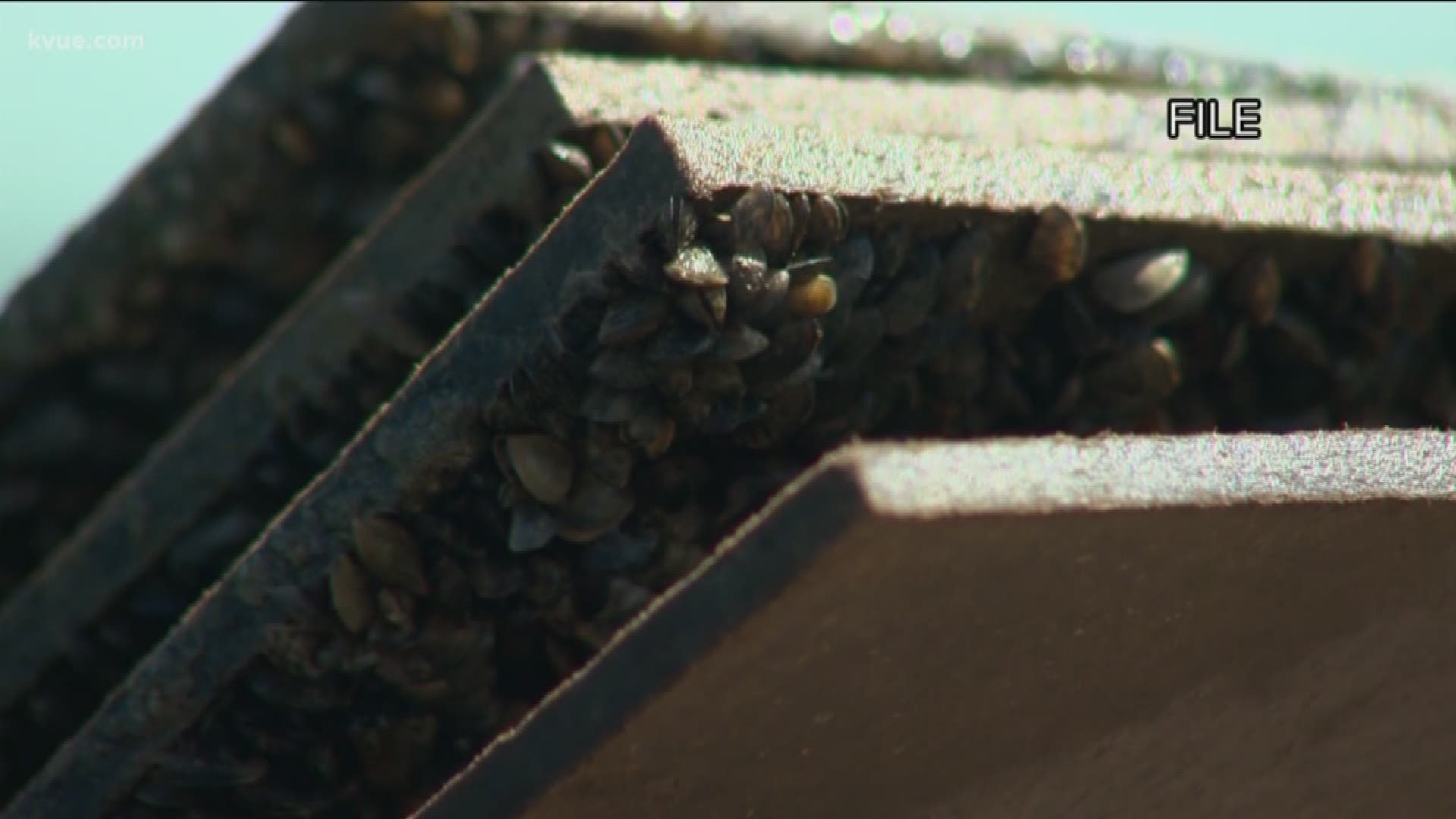 AUSTIN, Texas — As the unusual odor in some of Austin's water supply begins to subside, a group has been working to detect and prevent the creatures who caused it.

Environmental Quality Protection (EQO) was established in 2017 by molecular biologist John Higley and his team.

They work out of the Austin Community College Bioscience Incubator, and they have a lot of experience with zebra mussels.

"We can detect really early, earlier than the current technology, so we can start figuring out where they're going to be coming in and then you can adjust accordingly to prevent infestation," said Higley.

The group does a lot of early detection and prevention work. It expanded its services last year, Higley said, and partnered with Texas Parks and Wildlife. Now, it helps infected cities.

"[We] lower their chemical treatment cost by decreasing the amount of chemical they have to use and predicting problems so they can have a more effective mitigation strategy," said Higley.

On Thursday, a cluster of those zebra mussels affected the smell and taste of the water supply for some of Austin Water's central and south Austin customers.

The utility company said a two-inch cluster attached itself to a raw water pipeline at the Ullrich Water Treatment Plant in west Austin. The line had been under repair for two weeks before returning to service Wednesday afternoon.

The cluster of zebra mussels died during that two-week period and released chemicals into the water as it decomposed, Austin Water said Thursday. Those chemicals caused quite a bit of trouble for some customers.

"It was just an overwhelming odor. It smelled like fish," said Brooke England, a central Austin resident. "It wasn't very pleasant to shower in at all, much less drink. I haven't drank it since I started smelling it."

Austin Water has been treating the water with activated carbon to make the smell and bad taste go away, but Higley said that can have consequences.

"When you treat some of those chemicals, that byproduct of decay, it can turn into a different smell," he said. "A little less rotten fish, a little more hot garbage."

Some central and south Austin customers were still experiencing smelly water Friday night, but crews are flushing lines to make the smell go away.