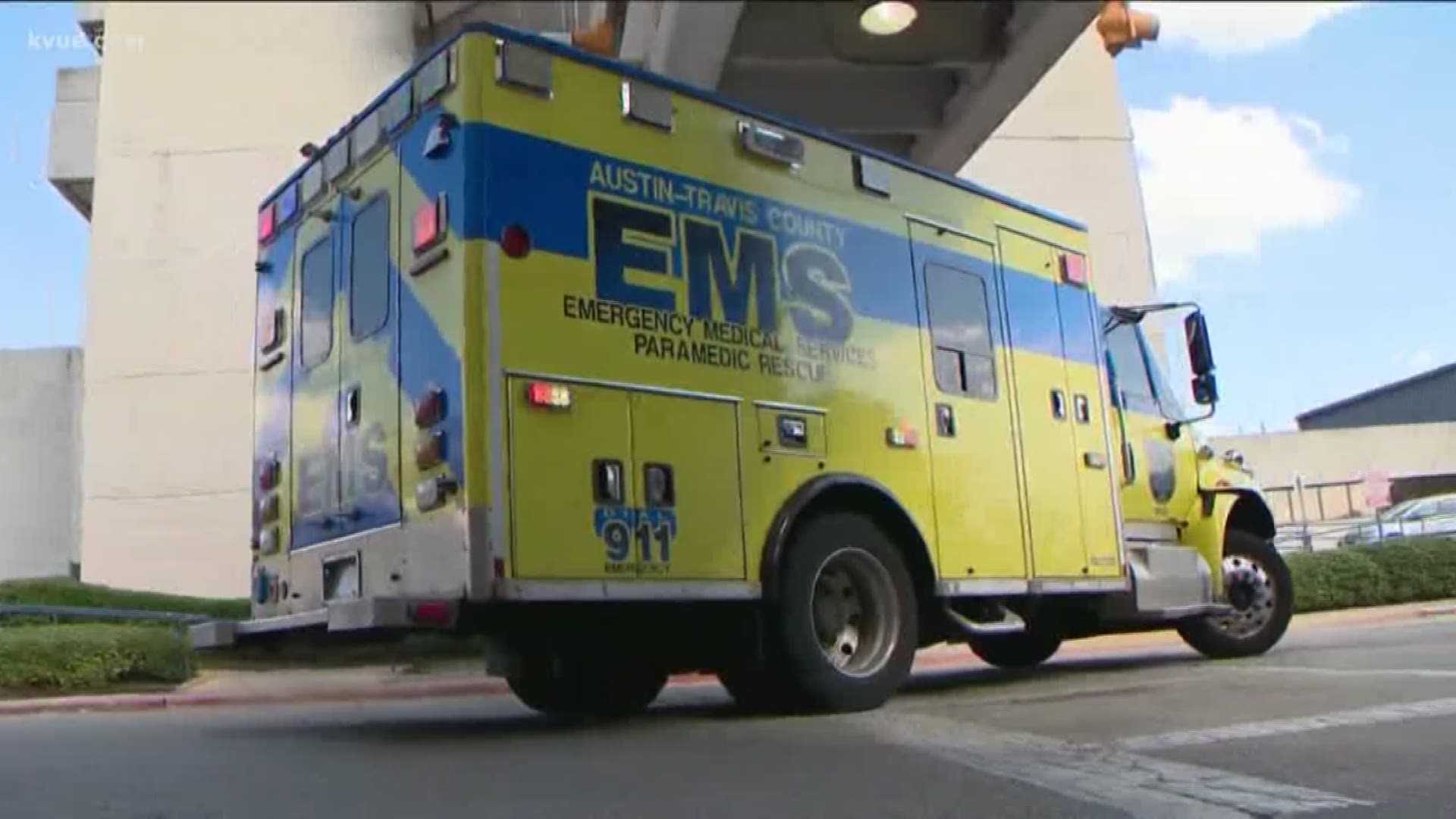 AUSTIN, Texas — In a letter, Austin's EMS association asked for the City's help to get more ambulances and Community Health Paramedics.

“As Austin’s been growing, we really haven’t kept up with the number of ambulances to serve the community,” said Selena Xie, president of the Austin EMS Association. "Also, we recognize that a lot of people aren’t calling 911 for true emergencies that require an ambulance and so we’re asking the city to think about smarter resources that we can add.”

The letter thanks the city for approving 30 more Austin police officers in the next budget year but reminds them EMS feels their problems need attention as soon as possible.

“One of the reasons why we haven’t added a downtown ambulance in over 17 years is because our primary level one trauma hospital is downtown. So Dell Seton is right up 15th and Red River. Whenever ambulances transport patients to downtown, they basically are acting as ambulances for downtown," Xie said. “The problem is that means they aren’t able to respond in their own district so not having added a downtown ambulance. It’s actually pulling from resources all over the city."

“Right now, I think there is a huge opportunity in Austin. The city of Austin just took some really big steps to decriminalize homelessness," Xie said. “They’re able to stay where they are and have a measure of stability which allows our community to allow paramedics to work with them a lot better.”

Xie said it could take at least 10 years to line up EMS staff with Austin's population, but she said it's important to start now.

“Most people don’t think of ambulances until they need to and it’s a life-threatening emergency. If you’re having a stroke, if you’re having a heart attack. Each minute really does count," Xie said.

77 heat-related calls within a week to ATCEMS

You can read the EMS Association's letter below:

Thank you for such a remarkable budget process that allows so much community input. This budget thoughtfully reflects the needs of the community. As reflected in the budget, the greatest call from the community is creative and cost effective solutions to homelessness. While I believe in Housing First and other services, I also understand it is a long term goal.

The City can do a lot for people experiencing homelessness right now by reaching them where they are. We need a corps of Community Health Paramedics creating ties to this growing population. CHPs are the city employees out in the field connecting folks to the resources they need to be successful when they are housed. CHPs can, in fact, help people get housed if some of their underlying issues are managed.

I am asking for 10 CHPs so that they can focus on different hot spots in the city to get to know the communities of people experiencing homelessness.

We also support the existing 30 police officers in the budget. We know that we must increase police officers and EMS with a growing city as our call volume has rapidly picked up.

I thank you for your attention and please let me know if you have any questions,