The "School Violence Prevention and Mitigation Act of 2019" creates a grant fund for individual campuses to do risk assessments and helps fund improvements. 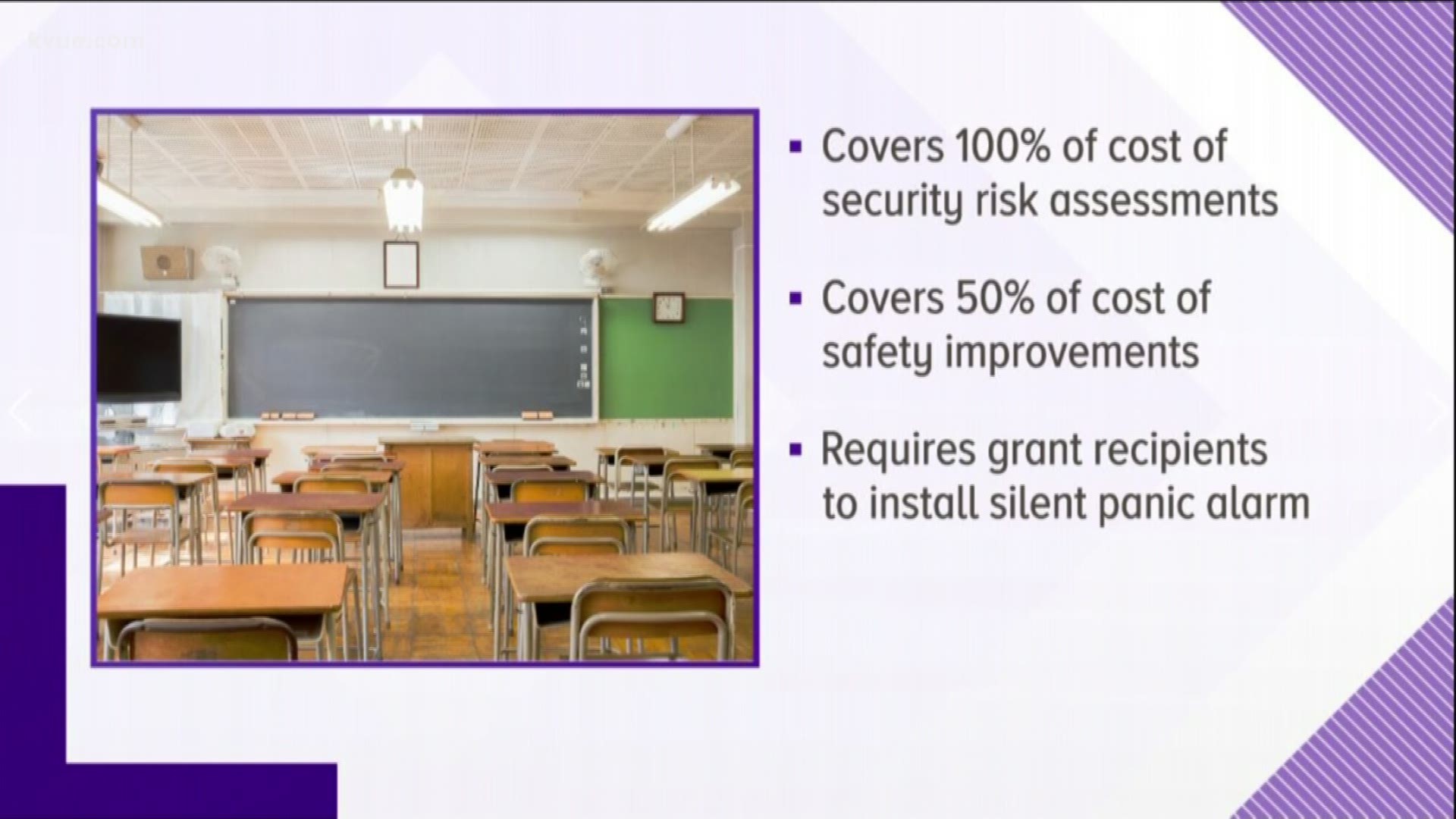 AUSTIN, Texas — The start of a new school year is probably the furthest thing from your child's mind, but that's not the case for Texas Congressman Roger Williams (R-Austin).

"We have not done enough up here in Congress to protect our students and our teachers from the problems we've had with schools in the past," Representative Williams told KVUE.

The problems he's referencing are incidents of mass violence, including the shooting at Santa Fe High School outside Houston last May and the massacre at Marjory Stoneman Douglas High School in Parkland Florida three months before that. These tragedies were the catalyst for Rep. Williams to team up with Parkland Rep. Ted Deutch (D) and file House Resolution 3665, the "School Violence and Mitigation Act of 2019."

The bill establishes a grant program to pay 100% of the costs for individual campuses to have independent facility security risk assessments, covers 50% of the cost to make safety improvements and requires all schools that take the grant money to install at least one silent panic alarm.

But that's not a positive for Austin Congressman Lloyd Doggett (D).

He said many Central Texas schools have already hardened infrastructure and added Texas lawmakers passed bills this session to help other districts pay for improvements.

Rep. Doggett said real solutions would be universal background checks for gun purchasers and getting assault-style weapons off the street.

"I'm all for hardening schools, as our school districts locally are already doing, as our Texas legislature has supported. But unless we deal with the other part, the gun safety, the bullets that go through children whose flesh cannot be hardened, we haven't protected them in the way they deserve to be protected," Rep. Doggett said.

Rep. Williams said he doesn't see any type of gun legislation getting through Congress but believes his bill is something all lawmakers can support to keep kids safe.

The bill costs a total of $2 billion, spread out over 10 years. The money – $200 million a year – would come from the Department of Justice's budget.

Rep. Williams said he hopes to get it to the president's desk after lawmakers return from their August break.