The gift is worth about $40 million. 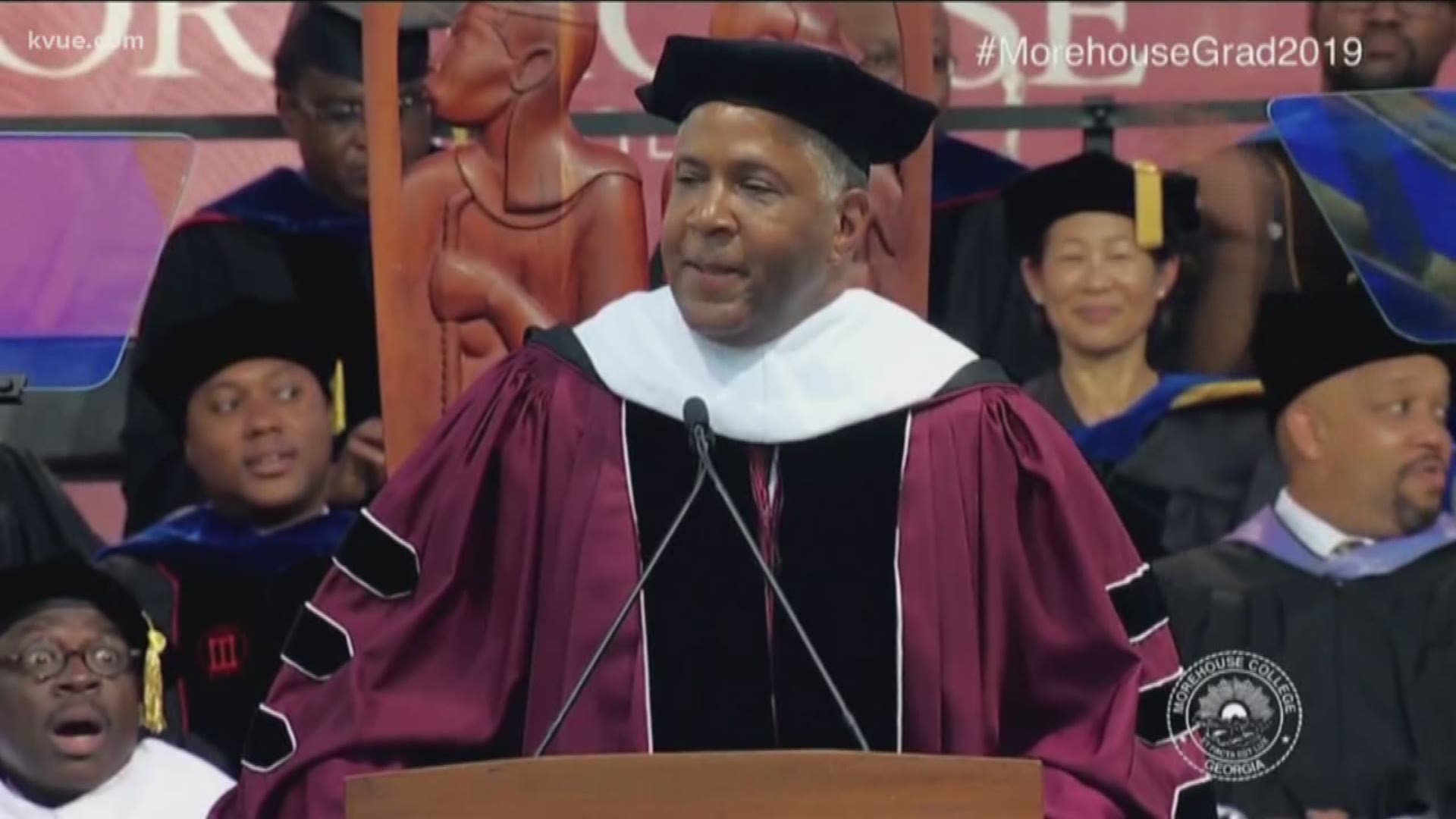 ATLANTA — It was a great day for a graduating class in Atlanta Sunday as the students received one of the best college graduation gifts anyone could ask for.

Billionaire Robert F. Smith gave a touching speech during the commencement ceremony at Morehouse College, surprising the entire graduating class that he will pay off all of their student loan debt.

"My family is going to create a grant to eliminate your student loans," Smith said to the crowd of nearly 400 graduating seniors. "You great Morehouse men are bound only by the limits of your own conviction and creativity."

A school official told KVUE's sister station 11Alive News in Atlanta that the gift is worth an estimated $40 million.

Who is Robert Smith, Morehouse commencement speaker who promised to pay off student loans?

"I think we're all still in shock," said Ernest Holmes. "We don't know what to say, really that all our debt is gonna be gone."

The philanthropist is the CEO of Vista Equity Partners, which is a company that invests in software, data and other tech-driven companies. He has a house here in Austin.

According to Forbes Magazine, Smith is believed to be the richest African-American in the country with a net worth to be at about $5 billion.