APD brass to officers: Be professional when talking to citizens about homeless 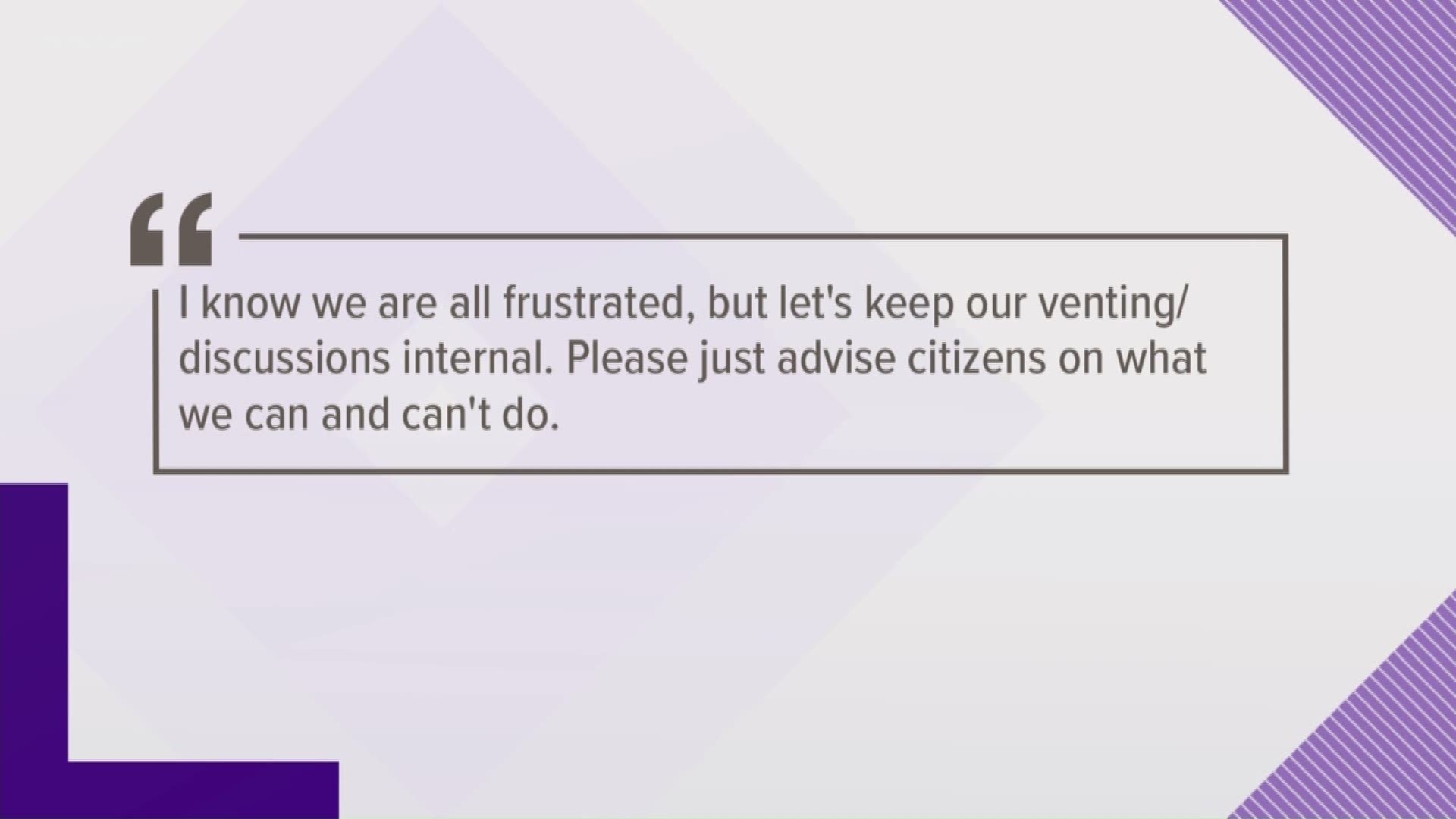 AUSTIN, Texas — Concerns from Austin City Hall about how some Austin police officers talk about the city's homeless issues to citizens has prompted some police leaders to issue guidance to officers about what they should – and probably shouldn't – say.

An email from the City's intergovernmental relations officer touched off several internal messages. She forwarded Chief Brian Manley a post she had received from a City lobbyist in which a resident said officers told him to call his city council representative, "keep calling 911," and that Austin is on the beginning edges of what is depicted in the documentary "Seattle is Dying."

"Please remind officers that it is unprofessional to tell concerned citizens to watch 'Seattle is Dying' and warn them we are in the beginning stages," Assistant Police Chief Todd Smith wrote Aug. 1. "Inferring we can't do anything about dangerous people is misleading and causes unnecessary fear."

Cmdr. Mike Eveleth wrote, "Please remind officers to be mindful of their conversations with citizens in regards to the homeless issues that the City is experiencing. I know that we are all frustrated, but let’s keep our venting/discussions internal. We have been receiving numerous inquiries from City Hall in regards to citizen claims on what APD officers are telling them. Please just advise the citizens on what we can and can’t do and continue doing a great job working within the parameters that we have."

Austin city council members in June got rid of several ordinances concerning the city's homeless population. They got rid of a panhandling ordinance, as well as a no-sit/no-lie ordinance. Critics have said they fear that without the laws in place, Austin could become home to tent cities.

The City is trying to figure out what to do next. A new proposal would limit camping to specific areas only.