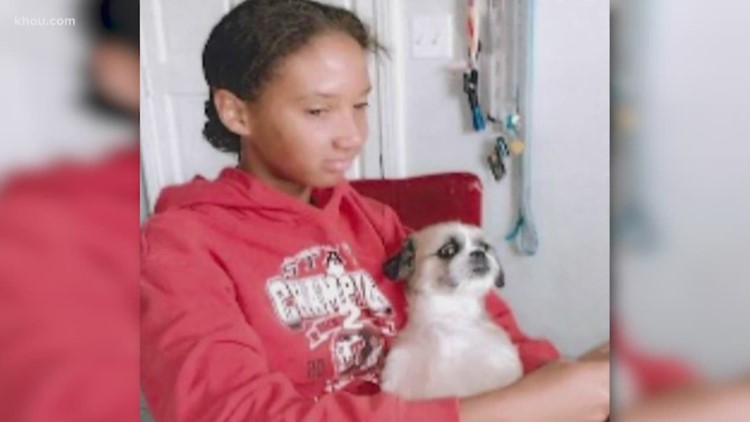 Kiah Miller, 13, was reported missing Tuesday. She had recently moved to Texas with her biological father and stepmother, but Montgomery police said it was Kiah's maternal grandmother who took her without her father's permission.

Montgomery police Chief Anthony Solomon said Kiah was found in Oklahoma and that her biological mother is bringing her back to Texas.

As of this update, no one has been arrested and no charges have been filed, however Solomon said they will be investigating once Kiah is returned safely.

PREVIOUSLY: An Amber Alert has been issued for a 13-year-old girl from Montgomery, Texas, who may be with her maternal grandmother in Oklahoma.

Kiah Miller was last seen at 4 a.m. Tuesday in the 100 block of Abner Lane, Montgomery police said. Kiah recently moved to Texas with her biological father and stepmother.

Kiah is 5-foot-7, about 110 pounds, with brown eyes and brown hair. She was last seen wearing a red state champion long-sleeved hoodie sweatshirt, black workout pants with red stripes down the side and a blue backpack.

The suspect in her disappearance is Leola Morris. Montgomery police said she is the girl's maternal grandmother who took her without her father's permission. Morris is 61 years old, 5-foot-6 162 pounds. She has brown eyes and brown hair. Police said she has one leg, but it's not clear if she has a prosthetic.

According to investigators, Kiah's biological father has custody of her. They told KHOU 11 Kiah's mother, who can only have supervised visits, said Morris was coming to Texas to get the girl. Cell phone records show the last person Kiah was communicating with before she left was Morris.

Kiah's father and stepmother are both in Oklahoma looking for her. Also missing are Kiah's dog, her cell phone and backpack with all of her school clothes.

The vehicle associated with Morris is a gray 2012 Nissan Altima with Oklahoma license plates. They may also be in a maroon car with Texas license plates.

Anyone with information on Miller's whereabouts is asked to call (936) 760-5800 to report the information to the Montgomery Police Department.