"I sit before you whole, but I am not whole at all. I have broken pieces," Earline Caldwell. 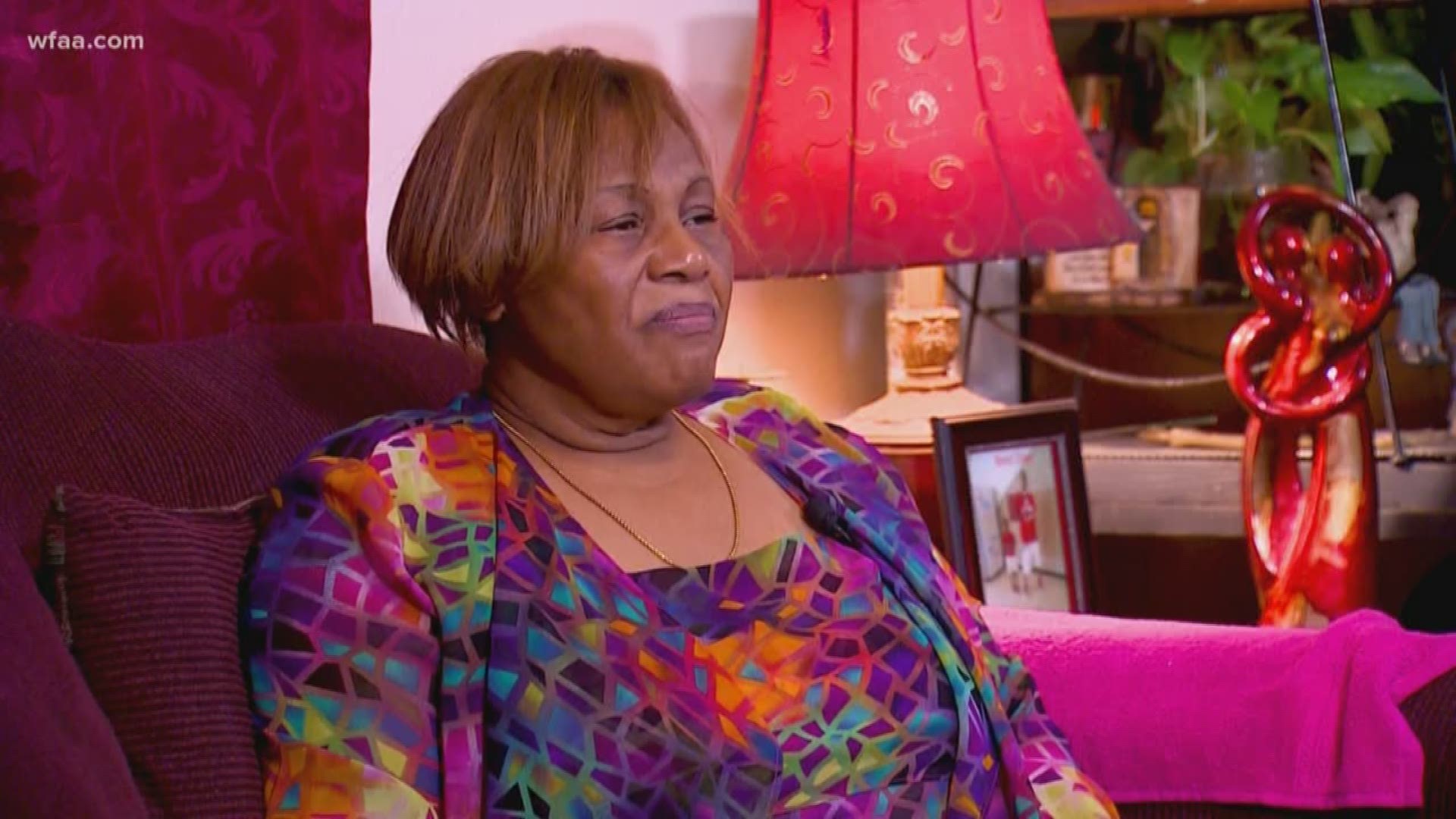 DALLAS — The mother of two men killed last month is begging the public to help police find those responsible for sparking a chain of events that led to both brothers dying just minutes apart.

On October 24, detectives with Dallas police said that several suspects drove by and shot up the home of 40-year-old Marco Clews. Clewis lived in the 4200 block of Copeland Street and so did his brother, 51-year-old Burnis Clewis.

After the shooting, police said that Burnis ran out of his home, realized what happened, and drove after the suspects in his car, but he crashed near the area of 3600 Elsie Faye Heggins Street. Both men did not survive.

For Earline Caldwell, October 24 was the most painful day of her life. “No mother should have to go through that to find out both of her kids are dead,” Caldwell said.

“I sit before you whole, but I am not whole at all. I have broken pieces.”

Marco and Burnis were Caldwell’s youngest and oldest sons. She said that both took incredible care of her, got her to medical appointments on time, and that both were going to help her put up a new roof by the end of the year. “They were my helpers. My life has been shattered you know, and I can never recover what I lost here,” Caldwell said.

Right now, Dallas police don’t think that the shooting is gang-related, yet, Caldwell doesn’t deny that someone had an issue with her youngest son. At this time, no one has been arrested. “I didn’t expect this,” she said. “Both of them were well liked and had friends all over East Dallas.”

Caldwell said that Marco had three children, a 1-year-old, an 8-year-old, and a 20-year-old.

As for Burins, she said that he mentored many kids in his neighborhood and gave them support when they needed it.

In her home, Caldwell has two pictures of her sons near the front door. She told WFAA that it hurts to look at them, yet they remind her that she cannot be weak right now. “I can’t cry. I’m afraid that if I fall, I won’t get back up. I tell myself you can do this, you can’t go there right now…because someone needs to pay for what happened.”

Caldwell told us that when justice is finally served, she’ll weep for her sons—adding that whoever killed Marco should turn themselves in. “I have to hold what I got right now.”

If you have any information leading to the arrest of those responsible for the shooting death of Marco Clewis, Crime Stoppers is offering a $5,000 reward.

Police believe the suspects were riding in a white four-door vehicle, possibly a Nissan Sentra.