A Vietnam veteran who was originally expected to be buried alone had a big crowd turn out for his funeral after the Central Texas State Veterans Cemetery called for the public's attendance. 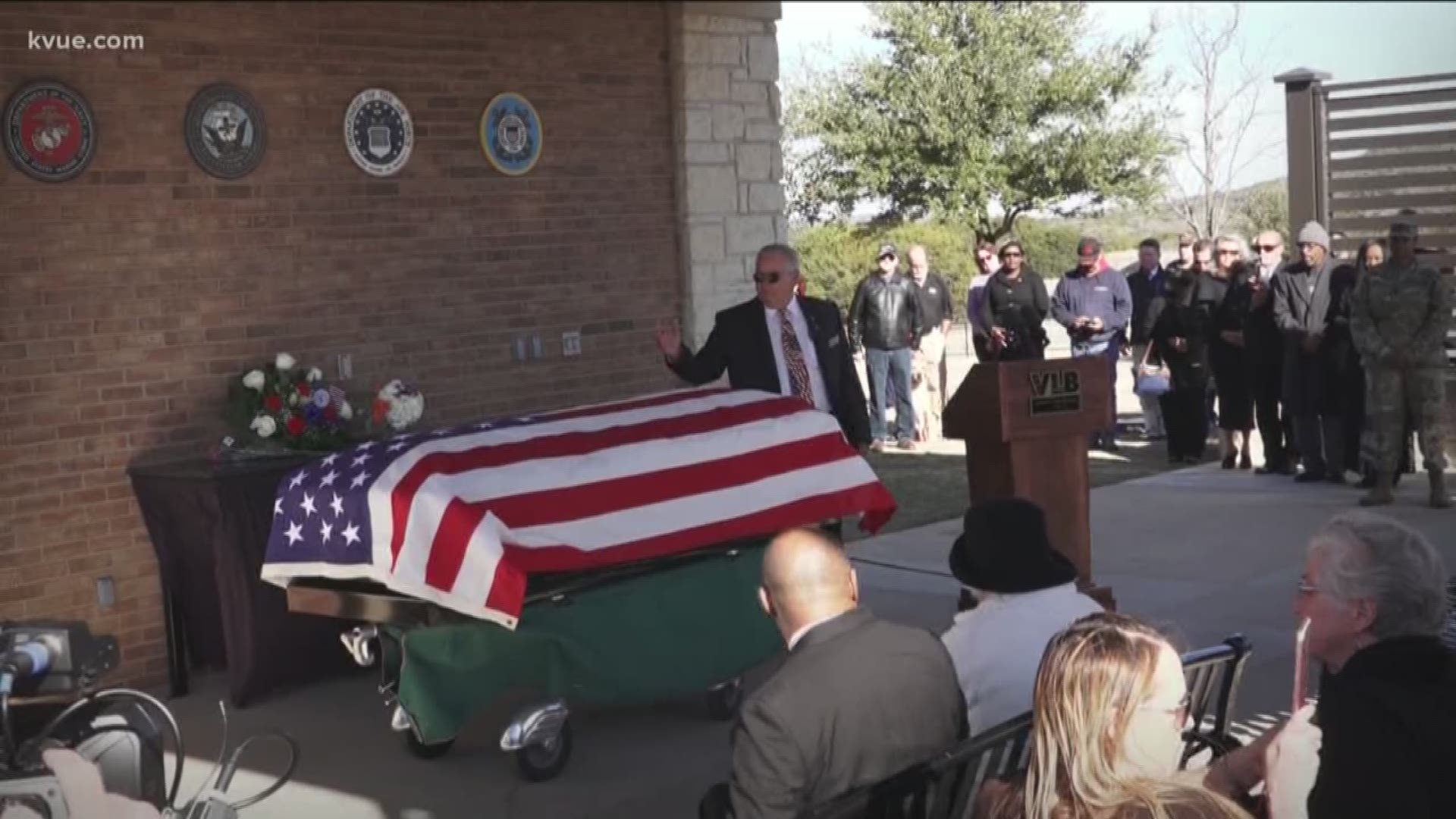 AUSTIN, Texas — People came out on Monday morning to a Texas veteran's funeral after finding out he would be buried alone, this after the Central Texas State Veterans Cemetery stated they did not know where to find his family.

The cemetery asked the public to attend so the veteran would not be buried alone.

"If I was alone in this world and in this life, it chokes me up to know anybody can be buried and no one can be at the funeral," said James Weaver, who is a former Marine Veteran who showed up to pay his support.

1 / 16
Paul Livengood, KVUE
Funeral goers are somber during the burial.

Walker served in the Air Force from Sept. 1964 to Sept 1968, including service in the Vietnam War.

"There are all these groups and the community has come together, and it's really a Texas thing to say, 'Let's honor our veterans at the end of the day,'" said Karina Erickson, director of communications at the Texas General Land Office.

Bikers, veterans and all military branches could be seen at the event, honoring Walker, who passed away at 72 years old.

The Texas General Land Office said Walker's daughter was "reunited" with him and met with cemetery staff after the service to receive the flag from Walker's casket. The office said she did not arrive in time to attend the full service, which is why she was given the flag afterward.

You can watch the full ceremony, below.