The veterans are in their 90s now but that didn't stop them from parachuting into Normandy again to honor those who lost their lives 75 years ago. 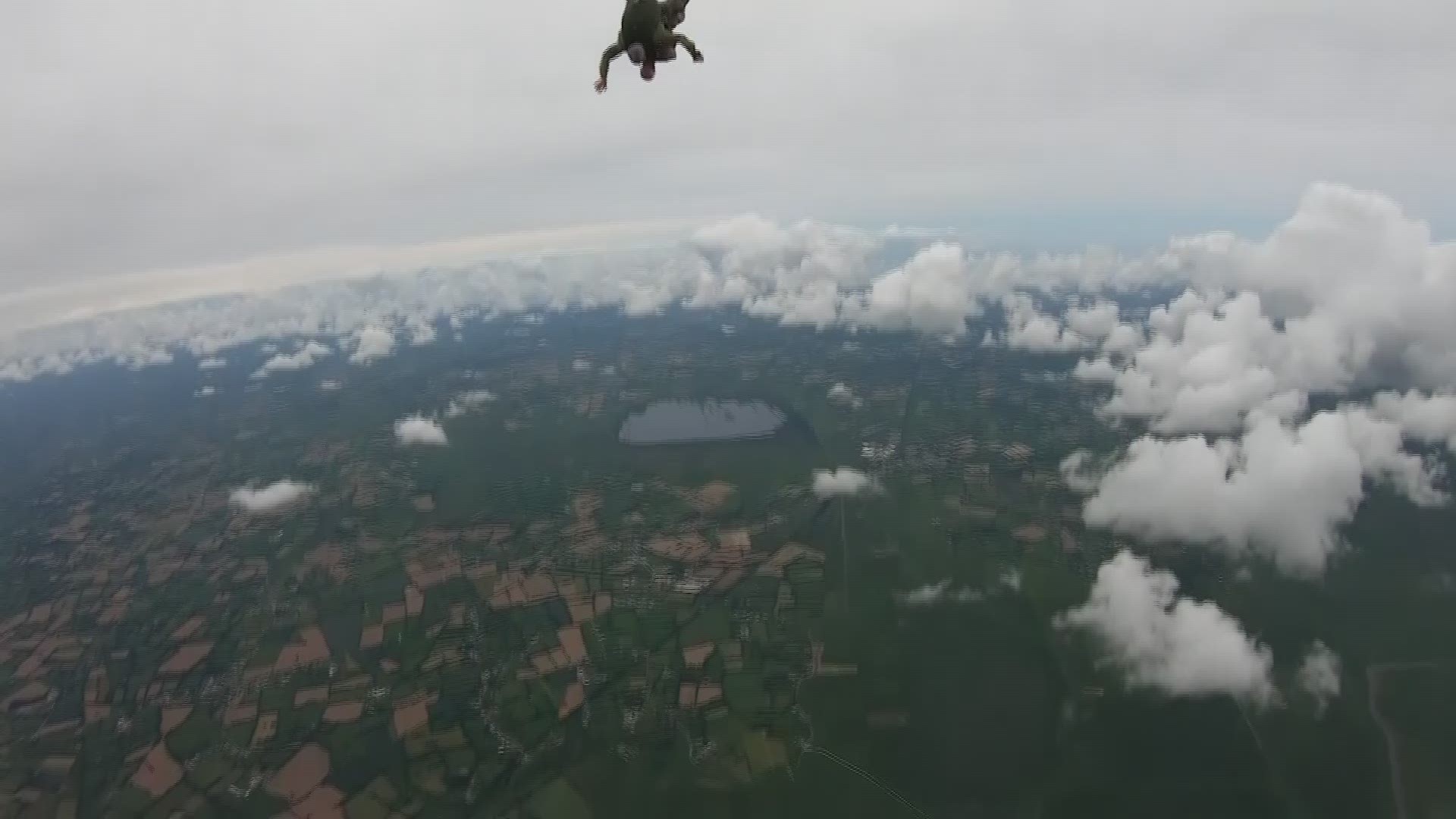 A 97-year-old U.S. veteran parachuted into Normandy — 75 years after he made the same journey on D-Day.

Tom Rice of San Diego was among some 200 parachutists who filled the Normandy skies for the 75th anniversary of D-Day. They were honoring the airborne soldiers who jumped into gunfire and death ahead of the June 6, 1944, seaborne invasion.

Rice said afterward, "it went perfect, perfect jump." He continued, "I feel great. I'd go up and do it all again."

He jumped in a tandem into roughly the same area he landed in on D-Day, outside of Carentan, a Normandy town among the main objectives for the Allied paratroopers on D-Day.

Two British D-Day veterans in their 90s also jumped into Normany to mark the occassion. Harry Read, 95, and John Hutton, 94, both recreated their daring exploits as part of the Allied operation on June 6, 1944.

Harry Read explained that he jumped not only to commemorate the D-Day, but also to raise awareness of the anti-trafficking and modern slavery campaign launched by the Salvation Army.

He said the jump was "super" and the day drier than the last time he had landed in Normandy. 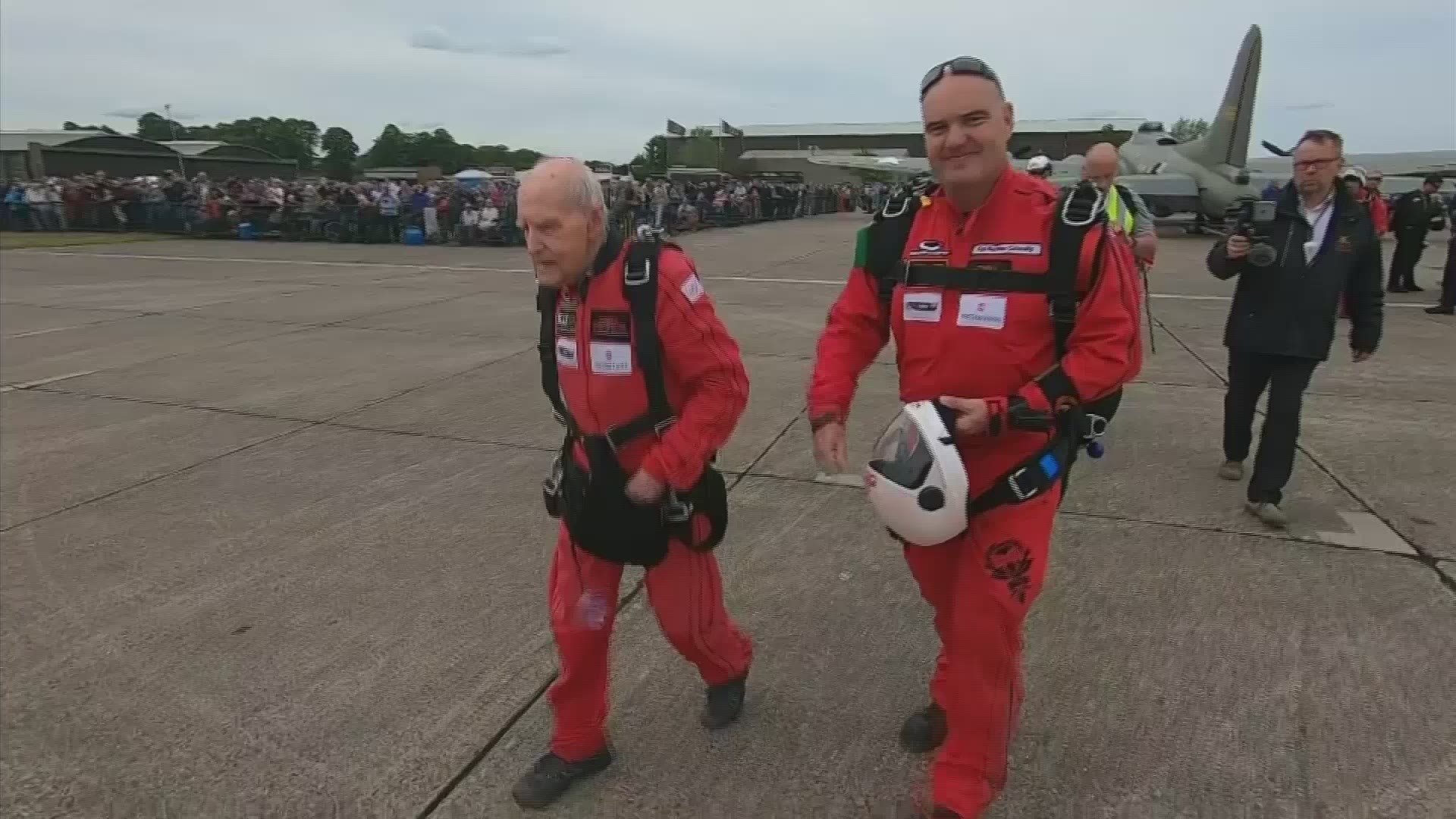