6-year-old wows the internet with his impressive basketball skills

Dribbling four balls at once? He’s done it. Dribbling two balls while balancing on a hoverboard? Yep, he’s done that too. 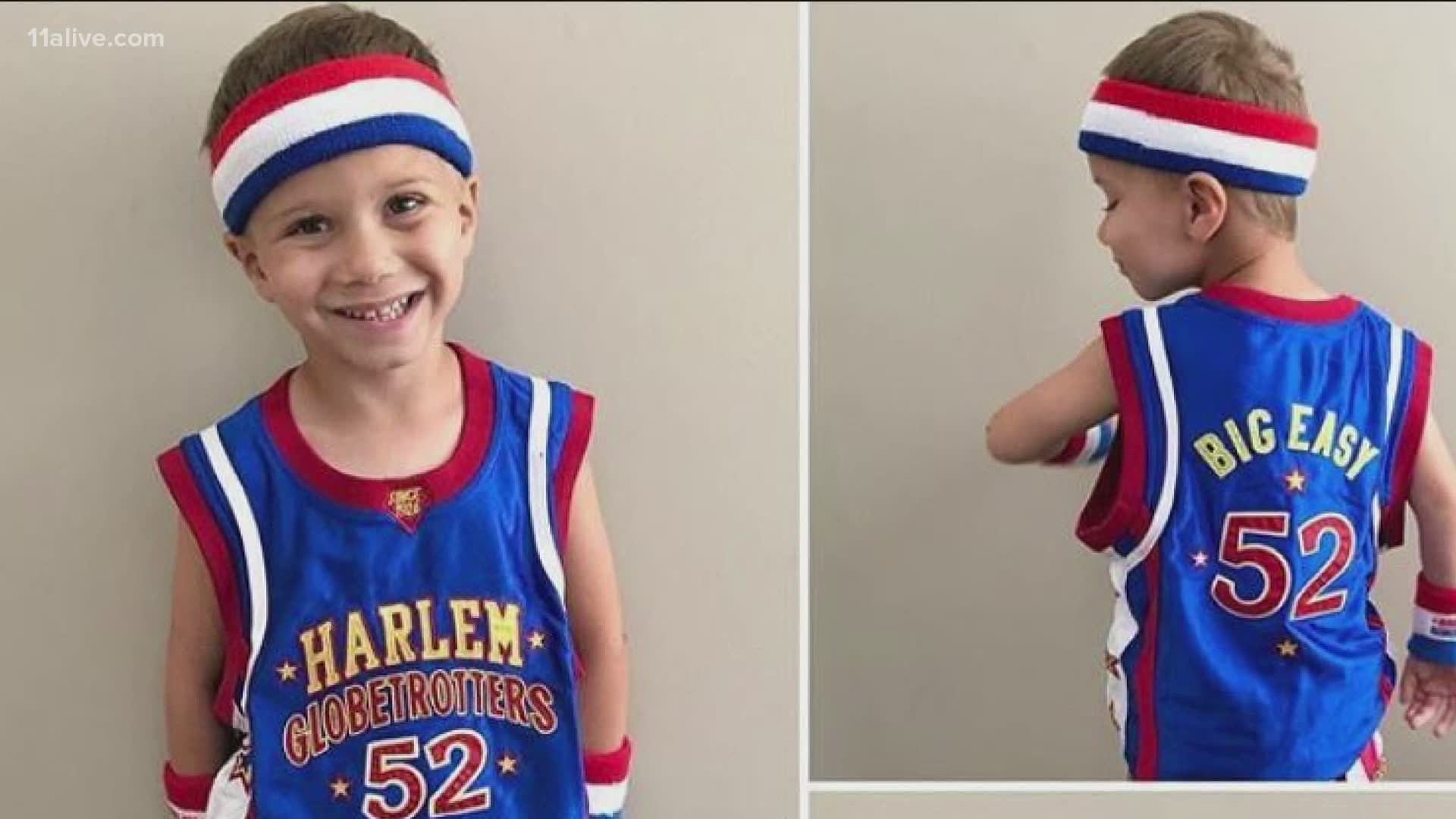 ATLANTA — Six-year-old Zeke Vozniak is like many kids his age. He’s at home right now, working on projects like the egg drop challenge and trying to make the best of quarantine with family.

But there’s one way Zeke’s different from other first-graders. He has some serious basketball skills.

“It’s entertaining, I’m good at it. I have a God-given talent,” Zeke proclaimed.

Dribbling four balls at once? He’s done it. Dribbling two balls while balancing on a hoverboard? Yep, he’s done that too. Bouncing a ball off the wall, onto the staircase, and into the hoop? Yes, he’s done it all.

His parents can attest to his talents and his work ethic.

It all started when Zeke’s parents, George and Jaclyn, took him to a Harlem Globetrotters game when he was three. His parents bought him a basketball as a souvenir. As it turns out, his parents gave him his first assist.

“He was spinning, going behind his back, lifting up his leg, going through his legs, and I’m thinking, he has good eye coordination,” Jaclyn said.

Not too long after, Zeke performed one of his first Harlem Globetrotter-like shots.

“That’s where it all started and the rest is history,” George said.

Zeke now has an arsenal of basketballs, but he’s partial to one that says “MVP ZEKE” on one side. It takes Zeke about five to 20 minutes to perfect a shot, although to him it feels like “100,000 minutes!”

The hard work pays off; he’s gained over 19,000 Instagram followers at the time of this article. And, at many points, he’s caught the attention of the team that inspired him from the beginning.

Prior to COVID-19, Zeke’s visited the Harlem Globetrotter’s headquarters and even had a chance to get some time on the court himself.

The attention is great, but some of Zeke’s favorite memories are the ones he makes with his forever teammates - his family.

“We work as a team, sometimes mom thinks sometimes I think, we all think,” he said with a giggle.

“We are very much a team. We supported him, we encouraged him because we saw a God-given talent when it came to that," his mom Jaclyn said. "We saw his passion, we saw his work ethic, we saw the joy that came out of it. Be inspired and be an inspiration.”

Of course, as a native of metro Atlanta, Zeke is a huge Atlanta Hawks fan and his favorite player is Trae Young. Zeke wants to play in the NBA one day and his mom says he wants to do logo shots like Young.

Patrick Ewing released from the hospital