4 kids were supposed to celebrate Father's Day. Now, a family is washing cars to cover a dad's funeral.

Pedro Gil's four kids were supposed to be celebrating Father's Day, but, now, his three sister's are raising money for his funeral. 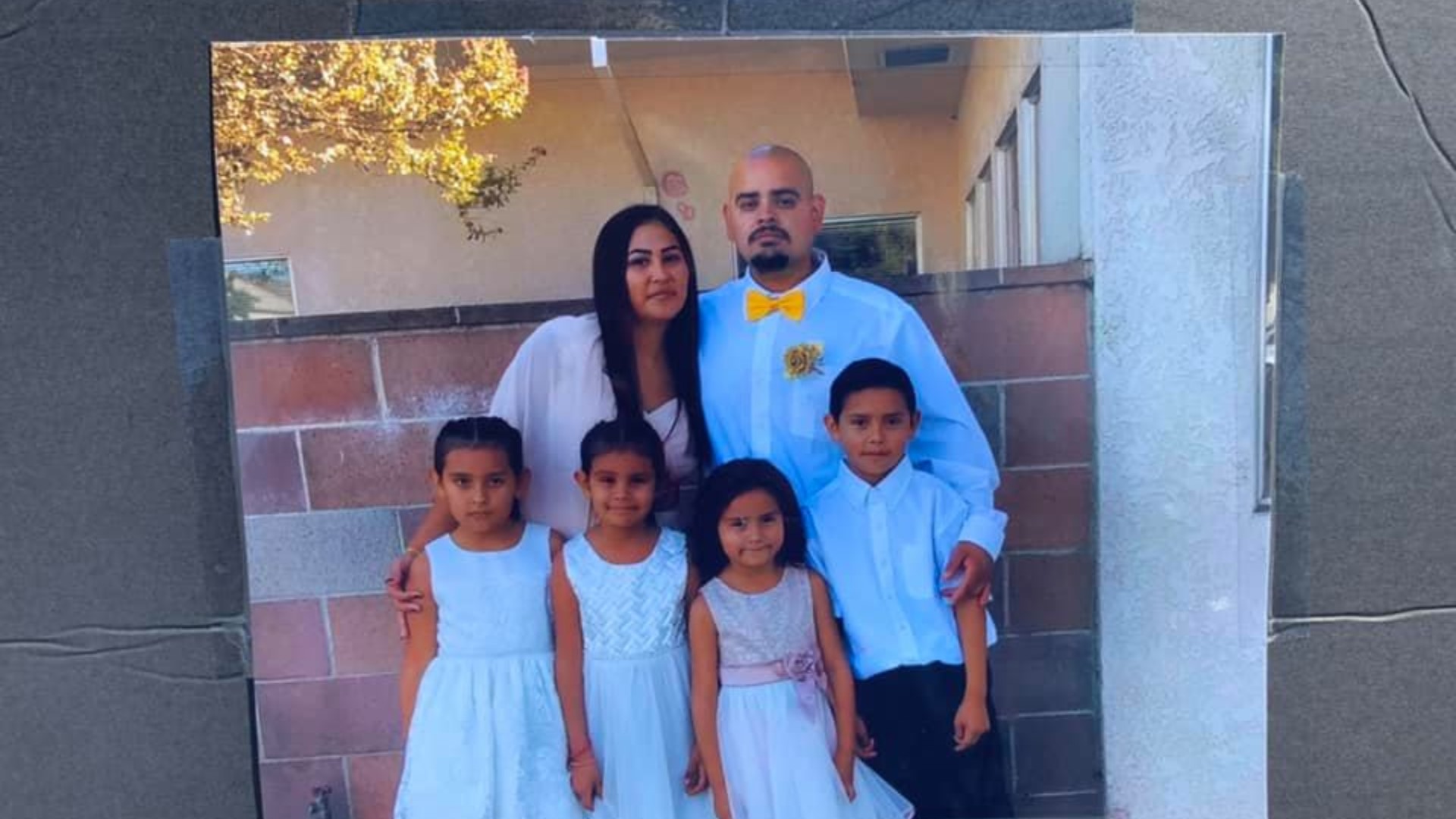 MODESTO, Calif. — Instead of celebrating Father's Day, the friends and family of Pedro Gil are gathered in Modesto washing cars to try and pay for his funeral.

“My face hurts from crying," said Sarah Sanchez, Gil's sister. "I just want my brother back, and he’s never going to come back. He’s never going to call us to come to his house to have dinner, [and have] everyone bring food, bring chips [or] just come - just come”

Gil was killed after a car crashed into a carport at the Tacos Vallerta taco truck on Saturday. The crash killed two people, and family members identified Gil, a father of four, as one of the victims.

His family was supposed to be spending Father's Day weekend on a camping trip. They had already booked the spot, and Gil even reminded the rest of them to bring along the life-jackets.

Despite the plans, his family never got to take that trip with him. Instead, they and some friends have found themselves washing cars to help cover the cost of his funeral.

“His wife, his sisters, his nephews, nieces, we all got together to make a car wash to give him the best burial we can give him...” Sanchez said.

“He was just a really outgoing happy person - [he] didn’t deserve this,” she added.

The family intends to continue their car wash into Monday, working at the same location where Gil died.

“No one should go through this," said Graciela Arellano, Gil's sister. "No children should be without their father because of these tragic accidents that could have been prevented.”

His family remembers him as a loving father to his three daughters and son, who range between the ages of 8 and 11, with a personality that would lift spirits. His death left a void with those closest to him, and, despite him being what Arellano called the "baby" of the family, he was a person they always looked up to.

“I’m trying not to go home because, when I go home, it hits. And right now, we need to stay together, because the worst is to come," said Arellano.

Rodney Quiros, of San Francisco, and Antonio Gazo, of Daly City, were the suspects in the crash that claimed Gil's life. They were booked into Stanislaus County jail on charges that included homicide and attempted homicide.

“He was my only boy, and it breaks my heart that I’m not going to see him anymore,” said Margarita Munoz, Gil's mother.

The family of Gil has also started a donation page to help with the costs of the funeral. For more information, click here. Their car wash will also be raising funds for the funeral; it'll be located at the 14th Street and D Street at 9 a.m. on Monday.