City Councilman Manny Pelaez said the puppies were sitting in a locked crate, trapped inside the car. 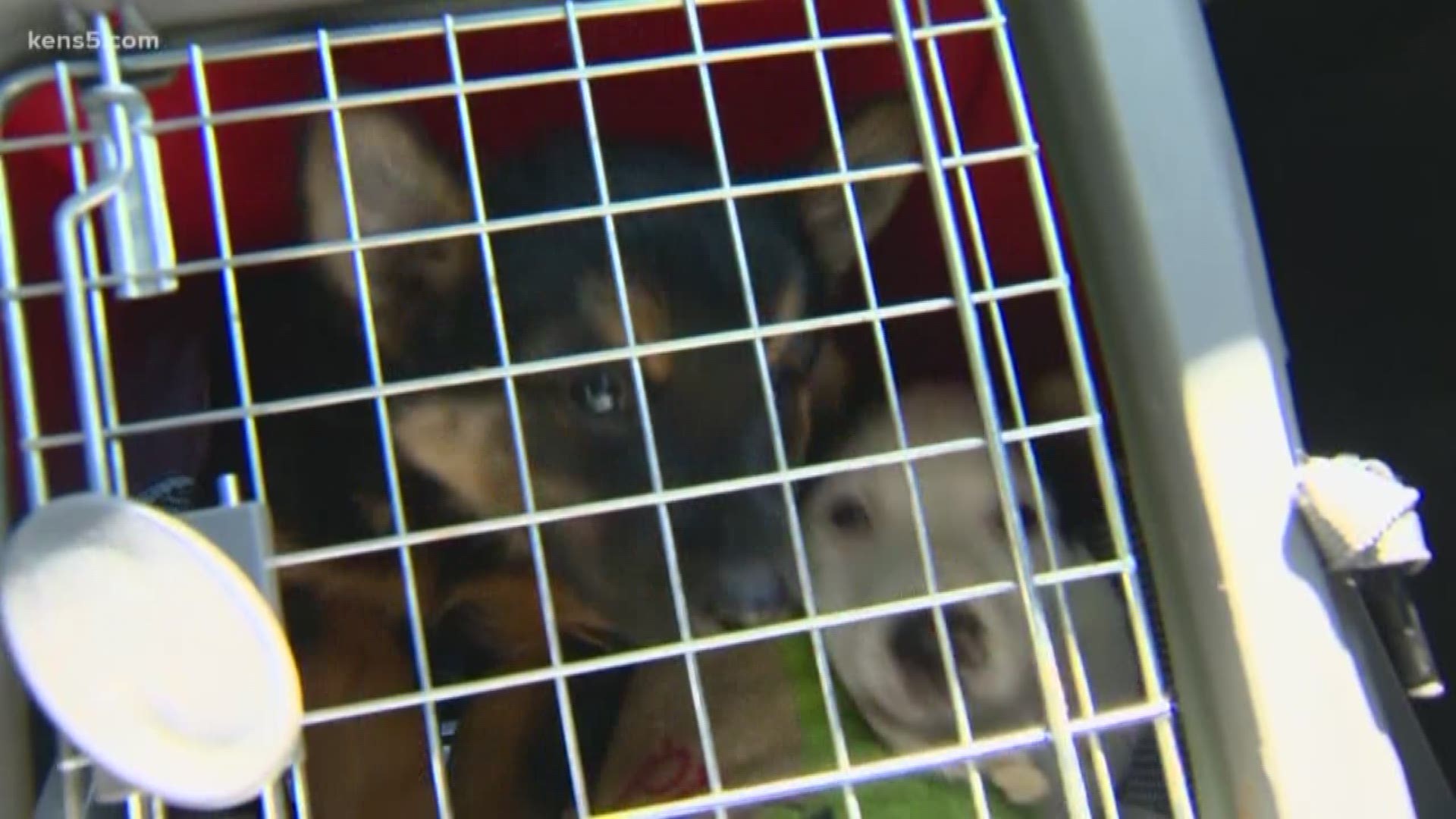 SAN ANTONIO — San Antonio Animal Care Services said the owner of two young puppies could face a fine after the pair was found locked inside a hot car outside the Cody Library.

City Councilman Manny Pelaez was at the public library on the city's north side for early voting when he heard the sound of dogs barking.

"They were inside a foam, a hot foam crate inside this box, and they had been in there for a long time," Pelaez said. "They were soaked in their own urine."

Pelaez called 911. When an officer arrived, a woman was able to squeeze her hand through the cracked window and unlock the car.

"I got to hold those dogs their core temperatures were very high," Pelaez said. "They were panting in distress. We gave them water."

Animal Care Services picked up the dogs and they are being evaluated by veterinary staff.

Police said it appeared the dog owners could have been living out of their car. A spokesperson with ACS said there's a possibility they could be fined.

"People underestimate the heat inside a car," Pelaez said.

It's a reminder of how dangerous a situation like this could be as the weather warms up. Even on a seemingly mild day like Saturday,which saw temperatures reaching the mid-80s, the temperature inside a car can reach triple-digits in roughly 30 minutes.

Police said the puppies appeared to be locked inside the hot car for several hours.

"Very irresponsible, very dangerous and really infuriating that we get to see this happen," Pelaez said. "But this story has a happy ending—those two puppies are going to be taken in by Animal Care Services. They are going to be cared for. They are very cute puppies and I suspect they will find a forever home."