19-year-old man dies at Houston hospital after getting the flu, family says

The young man's illness began with the flu and developed into pneumonia and then sepsis. 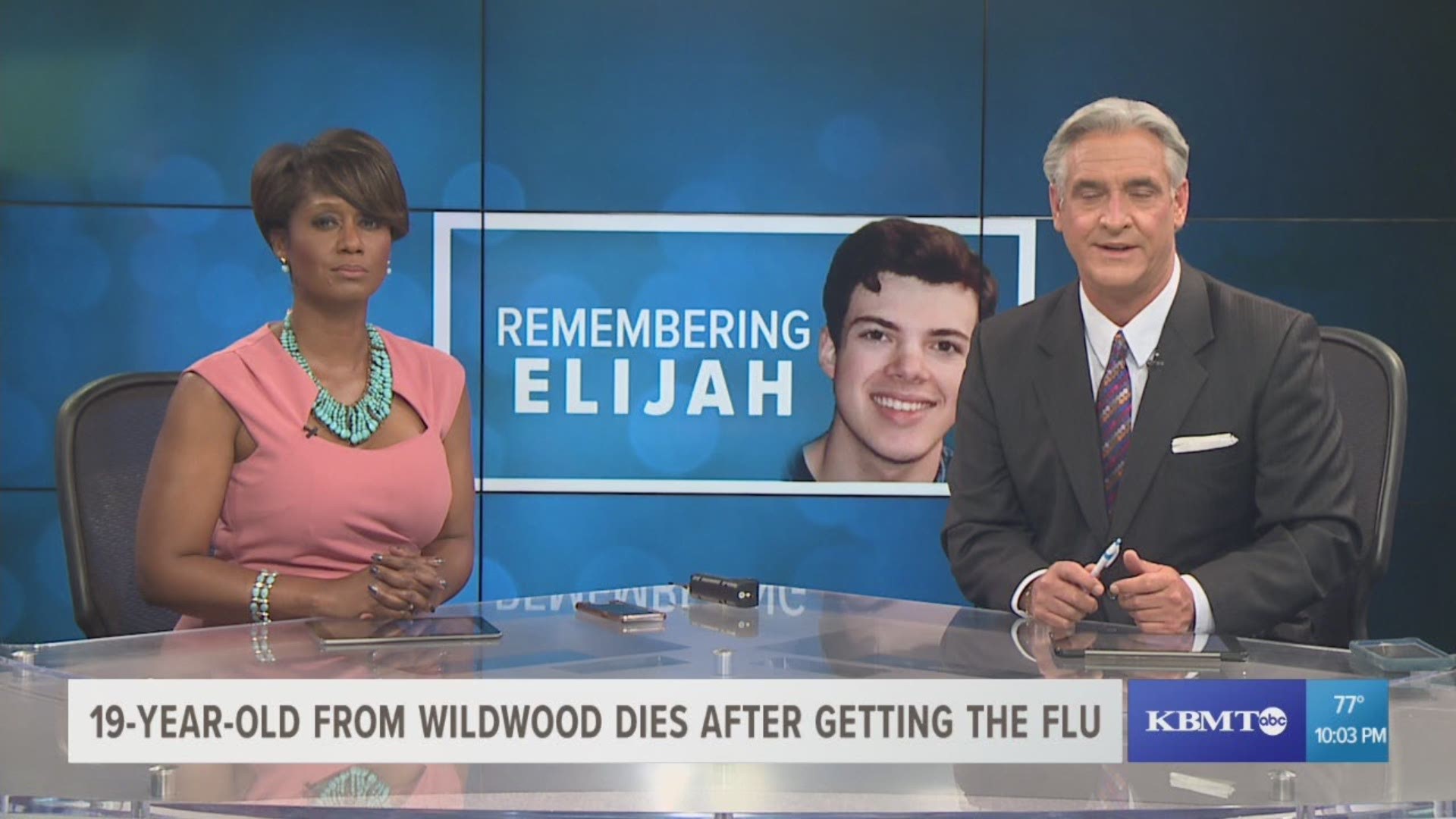 HOUSTON — A Wildwood family is mourning the loss of a 19-year-old man who died after coming down with the flu.

Elijah Pressley died at a Houston hospital early Tuesday morning at 12:41 a.m. according to a post on a Facebook page dedicated to him.

Pressley's funeral arrangements are set for Saturday, May 11 at Cathedral Church in Beaumont. Services are scheduled to begin at 4 p.m.

Pressley's family was previously stressing the importance of getting a flu shot after Pressley had been given 'zero hope,' and was on life support for what began as a case of the flu.

His sister, Amber Reimers, shared updates on his condition on the Facebook page. In a May 6 post, Reimers said Elijah Pressley had not responded to treatments and the family has been told there is 'zero hope.'

"We are still believing and have not given up hope," the post said.

Hope for Elijah
We would like to thank everyone for all of your support, thoughts and encouragement for Elijah's full recovery, also for our family during this difficult time as we were overwhelmed by the unity of...

Pressley's illness started with the flu, which developed into pneumonia, then sepsis Reimers wrote in a Facebook post.

The post said Reimers' parents asked the doctor at Houston Methodist Hospital for more time to pray for Elijah, and he agreed to pray with them.

Reimers' post said the doctor gave Elijah 12 hours until he would be removed from life support.

A post on the 'Hope for Elijah' Facebook page on Monday evening asked for prayers for "circulation, kidney function, & regulated blood pressure."

Reimers asked had for continued prayer for her brother, and gave a thank you for the prayers and concern for Elijah that had been expressed.