10 kilos of meth, heroin found in pickup truck after police chase in Houston

A man and women were arrested following the chase Monday morning. 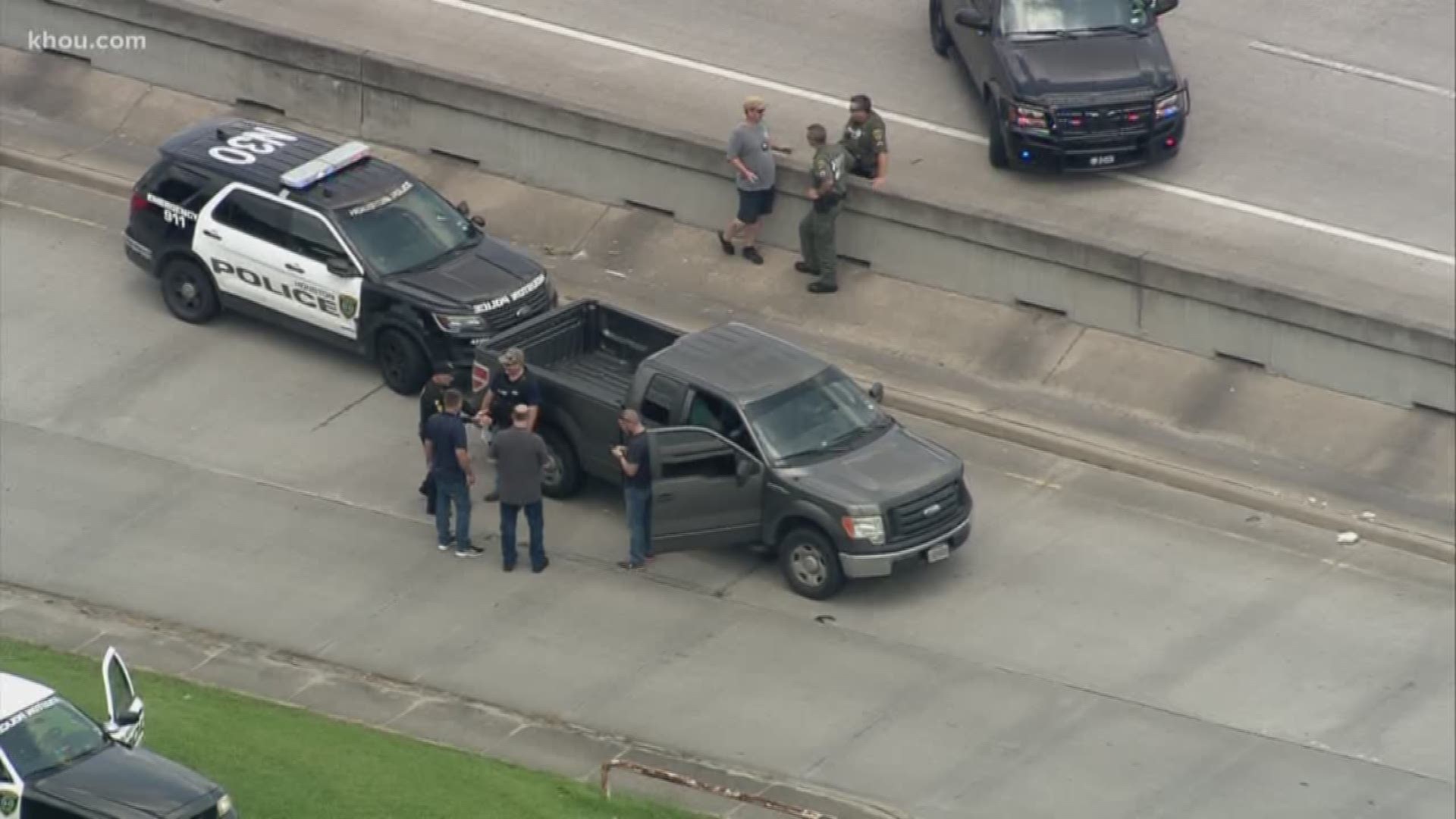 HOUSTON — A man and woman were detained Monday after they led police on a high-speed chase in a pickup truck through southeast Houston.

After looking through the truck, police said they found 10 kilos of meth and some heroin.

Police did not say why they started chasing the truck, but they say both the man and woman have outstanding felony warrants.

The chase lasted about 40 minutes. It ended on the Gulf Freeway service road near Broadway after the truck got stuck behind another pickup and an 18-wheeler.

The man was in the driver’s seat. The woman was sitting on the passenger’s side.

Air 11 was over the chase for about 10 minutes and captured the truck reaching speeds of at least 100 mph.

Police was able to clear the scene quickly to allow traffic to move.

Police did not say who was arrested. Neither the man or woman have been identified.