1 injured after small plane crash-lands in Fort Worth

There were only two people onboard. 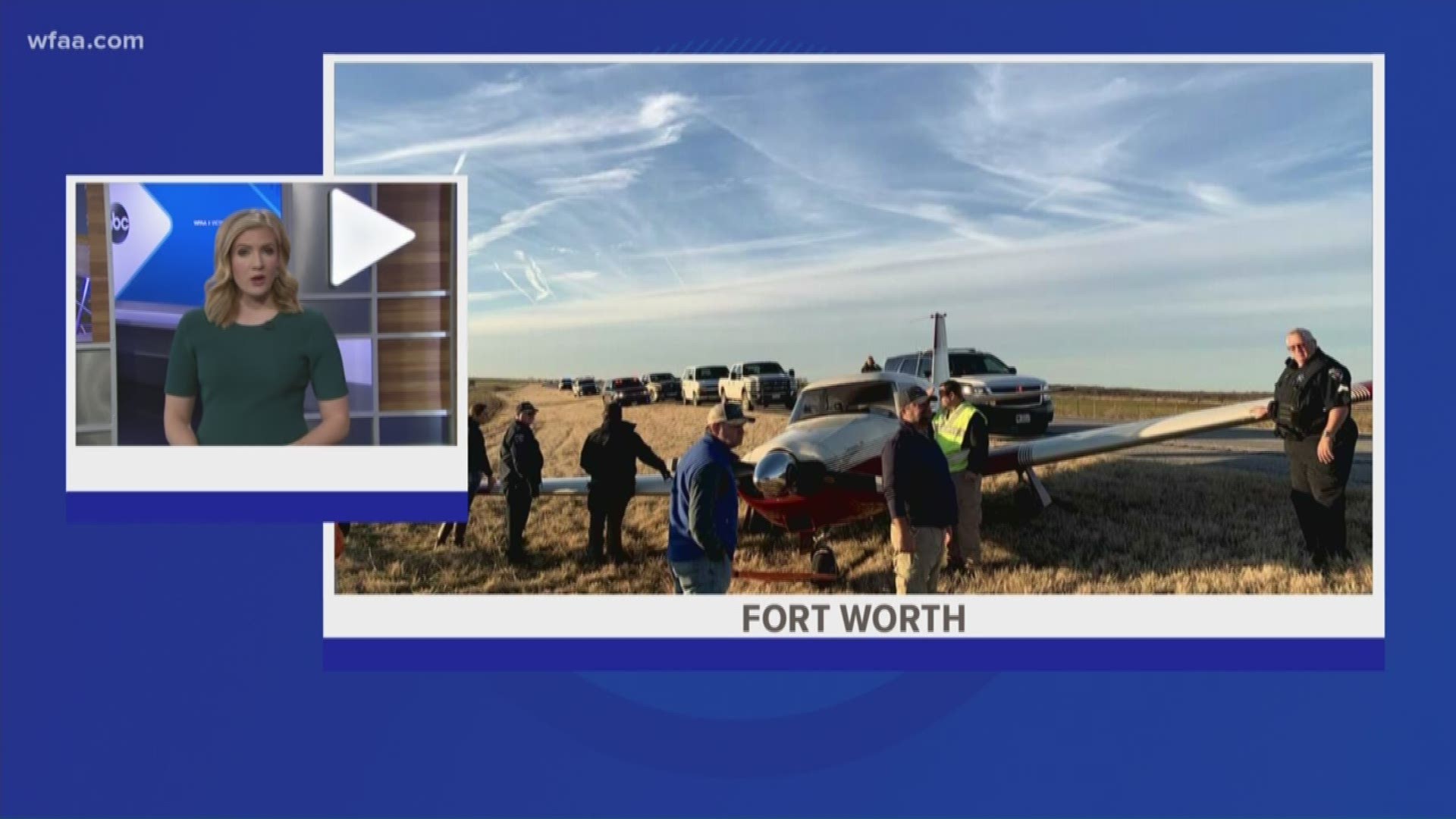 FORT WORTH, Texas —
A man and a woman were taken to a Fort Worth hospital Sunday after a small single-engine plane made an emergency crash landing in a field east of downtown, Fort Worth fire officials say.

The landing happened just before 5 p.m., and only one of the plane's occupants reported any injuries, a public information officer with the Fort Worth Fire Department said.

The two people were taken to John Peter Smith Hospital.