What we bought and didn't buy during the pandemic in April

Furniture and clothing were out, garden supplies and pizza were in: A look at buying habits during the pandemic. 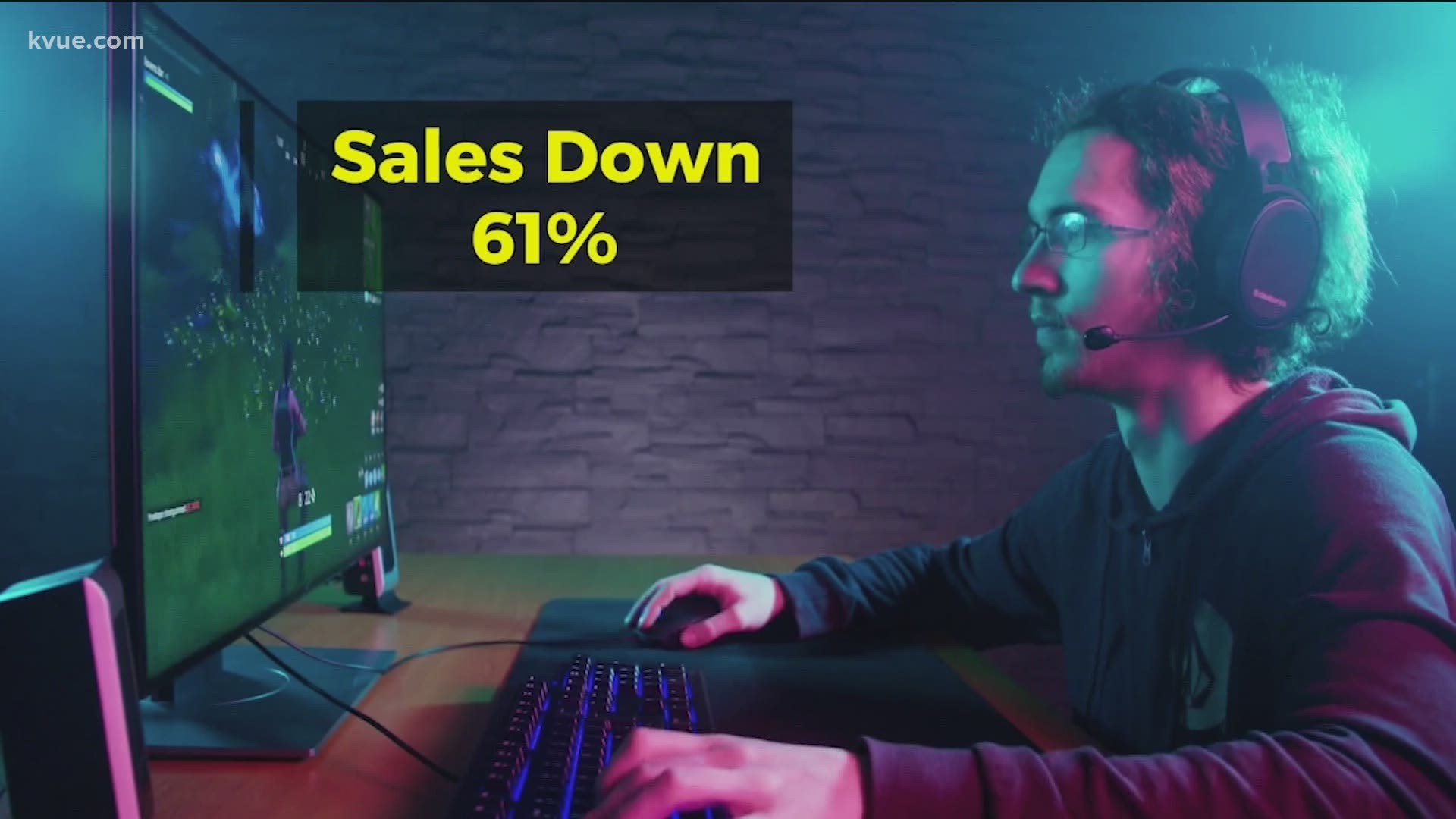 AUSTIN, Texas — Retail sales in the United States are an important economic indicator because consumer spending drives much of our economy. When consumers open their wallets, the economy tends to do just fine. But Friday’s U.S. Census Bureau’s report of a record drop in retail sales in April from the month before paints a troubling picture about the state of the economy. The data showed retail sales were down 16.3%.

Digging deeper into the Census Bureau report shows Americans weren’t buying much new furniture in April, with sales down 59% from the previous month.

We spent even less on electronic gadgets, where sales plummeted 61%. And what was it that Americans hardly bought at all? Clothing, with sales down a staggering 79%.

But not all was gloomy.

Sales for garden supplies and building materials have suffered far less than other retail items. It seems like we’re planting more gardens and doing more fix-up projects around the house.

And of course, food sales were doing well as are the drinks we consume, though they too were down since March.

A different survey did find some other items that we can’t seem to get enough of during the pandemic – personal care items, beauty supplies and makeup, of which we’re buying more than a year ago.

And we apparently love comfort food. Frozen pizza kit sales were up 235% since March 2019.

But perhaps the oddest thing of all, raw cookie dough sales are up 454% over a year ago.