Wage disputes led some transit workers to wear black under their eyes in protest this week. 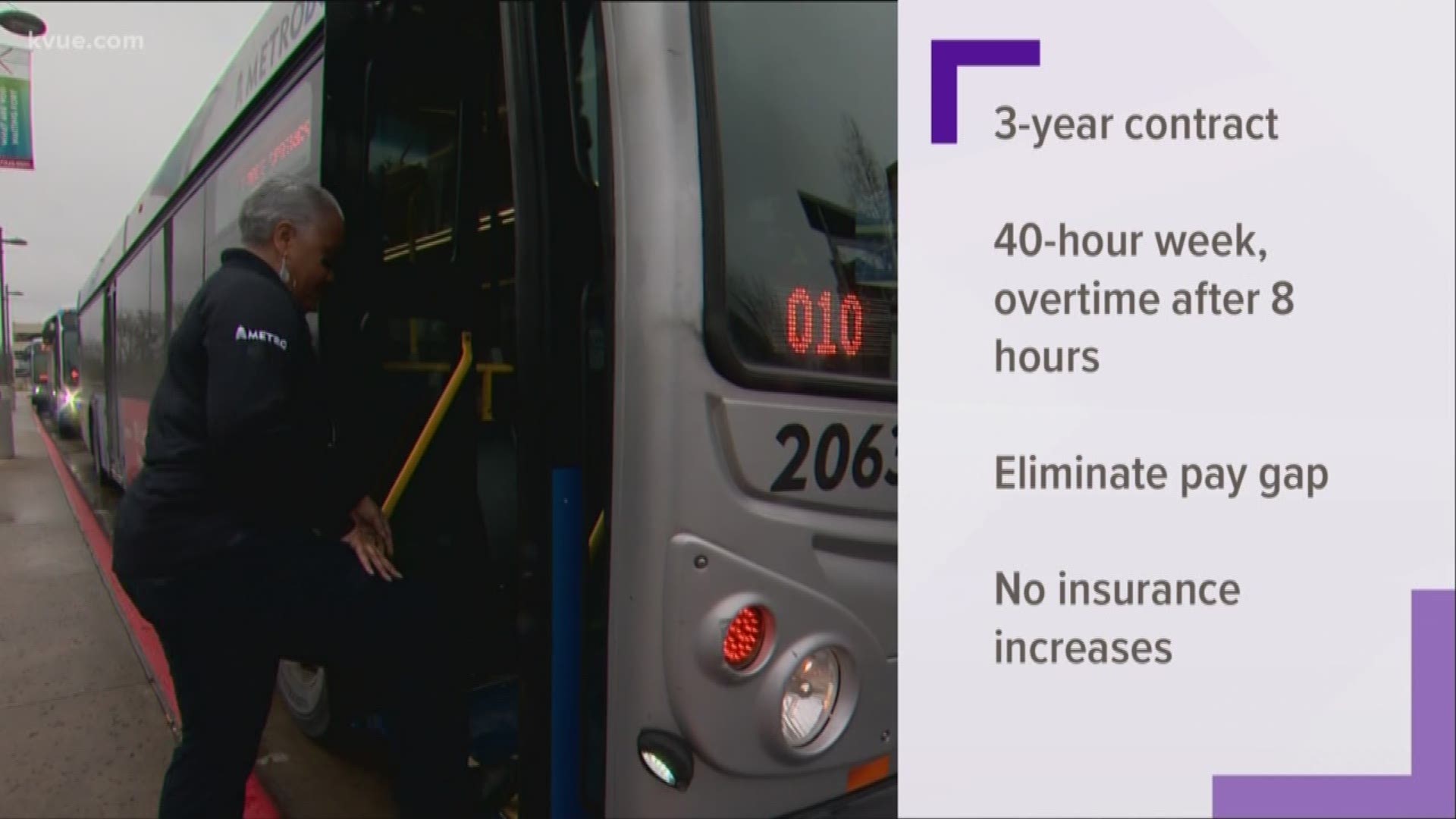 The union representing CapMetro drivers and mechanics has been in contract negotiations with the company over wage disputes, leading some workers to wear black under their eyes in protest on Wednesday.

According to Amalgamated Transit Union local 1091 President Brent Payne, the union will vote on the proposed contract on March 1.

The terms of that agreement include a three-year contract where drivers are guaranteed 40 hours a week and overtime after eight hours.

Currently, drivers that work at the northern bus depot make less money than those with equal experience who drive for the south bus depot, workers told KVUE.

That wage gap arose when CapMetro switched from using two private contractors to a single contract with MV Transportation.

Since September they've been working to make wages equal. That's when the contract negotiations started.

“This is a victory not only for our workers, but our riders and our community,” Payne said.

Insurance premiums would stay the same under the new agreement, which the union president called “fair.”

Bullied for dwarfism, his tearful message went viral. Now, strangers are sending him to Disneyland.