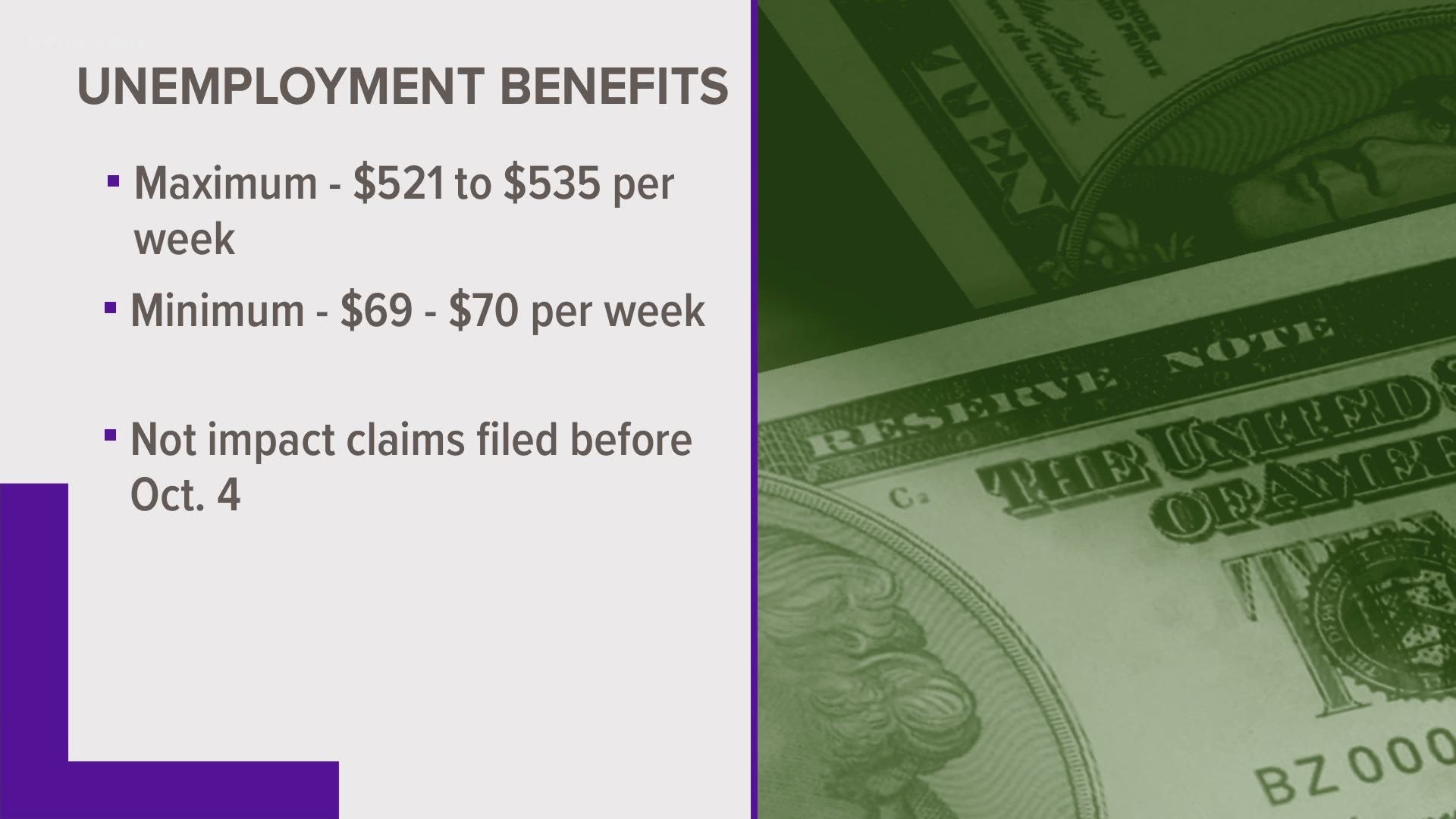 AUSTIN, Texas — Those who lose their job after Oct. 4 may get more money than those out of work now.

This will not impact any claim filed before Oct. 4.

The adjustments are made each year based on the average weekly wage for those employed.

In addition to the state’s benefits, the $600 weekly federal benefit expired July 25. It was replaced by a weekly $300 federal payment under the Lost Wages Assistance program, which was made possible by executive order after Congressional Republicans and the Trump administration balked at Democratic legislation to continue the $600 per week benefit through January of 2021.

About one in five Texans drawing unemployment are not eligible for the $300 federal benefit, because to get the federal $300 each week, a recipient must first qualify for at least $100 per week in state unemployment benefits.

Also on Tuesday, TWC announced it applied for a $5 million grant from the Department of Labor. The grant money is to help workers displaced due to Hurricane Laura find temporary employment. The money will go to about 1,000 jobs.

The work would be for cleanup and humanitarian assistance for Hurricane Laura response.

Right now, 2,110 people applied for unemployment due to Hurricane Laura.

Clay Cole, unemployment division director, told commissioners, “The president has yet to issue a disaster declaration for individual assistance, which triggers the disaster unemployment assistance benefits. So right now, we're just continuing to monitor that.”