The Texas Food and Fuel Association predicts we'll see those higher prices by the end of the month. 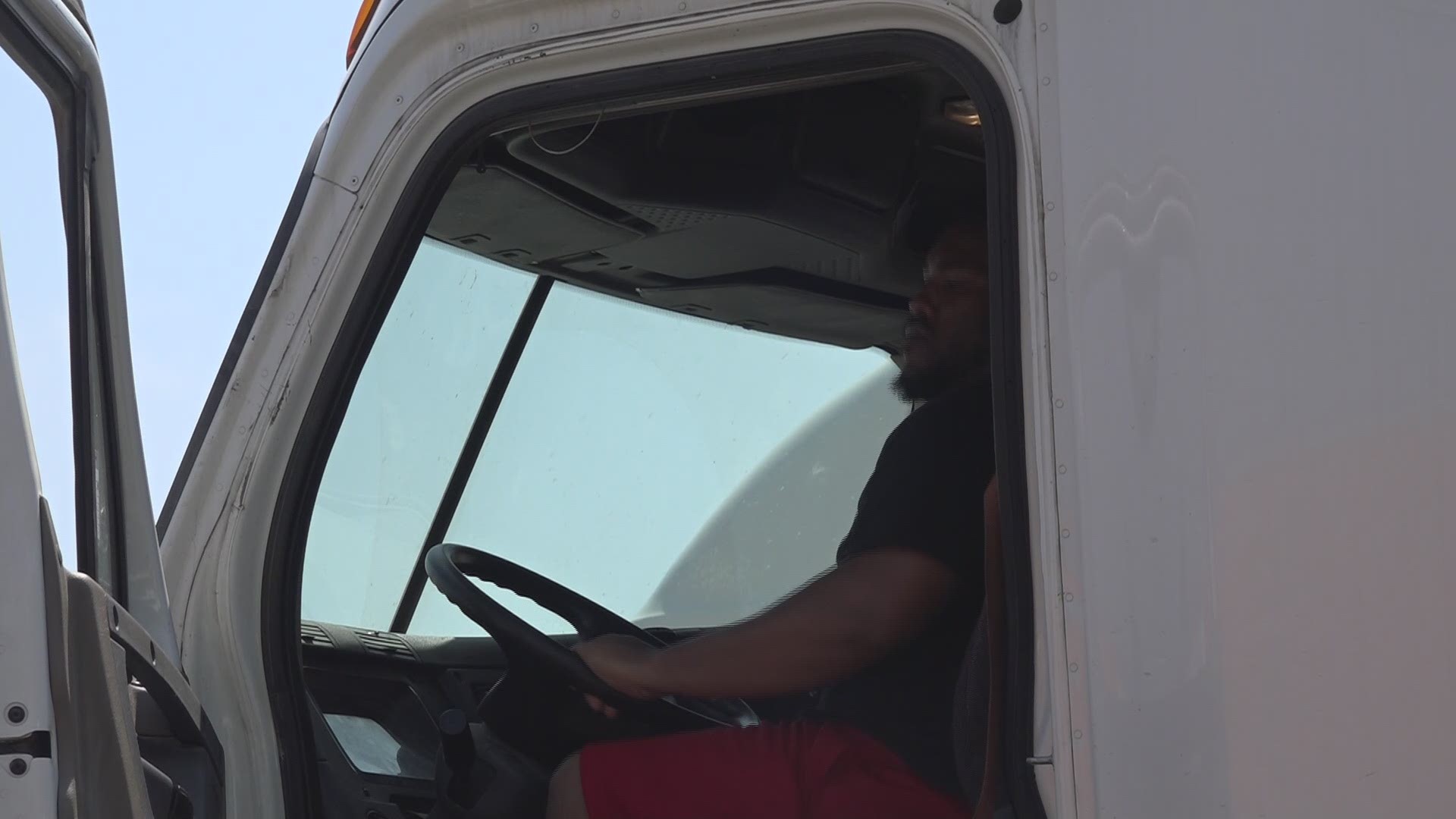 AUSTIN, Texas — A nationwide truck driver shortage could soon send the price of gas and other goods soaring.

Jumping behind the wheel of an 18-wheeler isn't an easy task, but it's one we need hundreds of thousands of people in the U.S. to take on if we don't want to see the prices of our favorite goods increase.

"There has been a shortage for years," said Eldon Featherston, manager of Community Truck Driving School. "Typically, it's around 150,000. We're actually at about 320,000 right now.

That's almost triple the number of truck driver job openings than usual in the country.

Featherston runs Community Truck Driving School in Pflugerville and Round Rock. He said the demand for drivers shot up during the pandemic and now it's hard for the school to keep up.

"We started with the classes that were running about six to eight [students] when I first opened this company," Featherston said. "Now I average 18 students every two weeks right now. So, basically, I'm [at] 36 students a month."

It's a national truck driver shortage, and we are feeling it here in Texas.

It could lead to higher gas and food prices.

I went to this truck driving school to find out the process of becoming one and how you can get your courses for free!

He said with the Texas Department of Public Safety closing for a period of time and limited class capacity for social distancing, the industry is now playing catchup.

And there's a ripple effect. The Texas Trucking Association reported 82% of the states' goods are delivered by trucks. The Texas Food and Fuel Association (TFFA) is already seeing a shortage of gas in some Texas cities.

"It's certainly happening, happening at the major metropolitan areas throughout the state, but a little bit more concentrated right now in the DFW area," TFFA CEO and President Paul Hardin said.

According to the National Tank Truck Carriers, the industry's trade group, somewhere between 20% to 25% of tank trucks in the fleet are parked heading into this summer due to a lack of qualified drivers. At this point in 2019, only 10% of trucks were sitting idle for that reason.

To become a gas tanker driver, you need years of experience and extra certifications. With older and more experienced drivers retiring last year, it's harder to find employees.

Truck driving school isn't cheap either. John Esparza, the CEO and president of Texas Trucking Association, said the weeks-long training could cost $2,300 to $6,000 – but it'll be worth it in the end.

"It's not uncommon to be a truck driver making six figures in this day and age," Esparza said.

Esparza said the average pay is about $56,000 annually with little experience.

If you want to be a trucker but don't have the money for training, Featherston said Texas Workforce Solutions will pay the cost if you meet certain requirements. He said it is also good to check and see if companies hiring will pay for training since the demand is so high.

As we roll into next month, experts predict the shortage will roll even deeper into our pockets.