How the pandemic has impacted turkey sales ahead of Thanksgiving

According to Nielsen's Holiday Planning Consumer Survey, 70% of families are planning smaller Thanksgiving gatherings of fewer than six people. 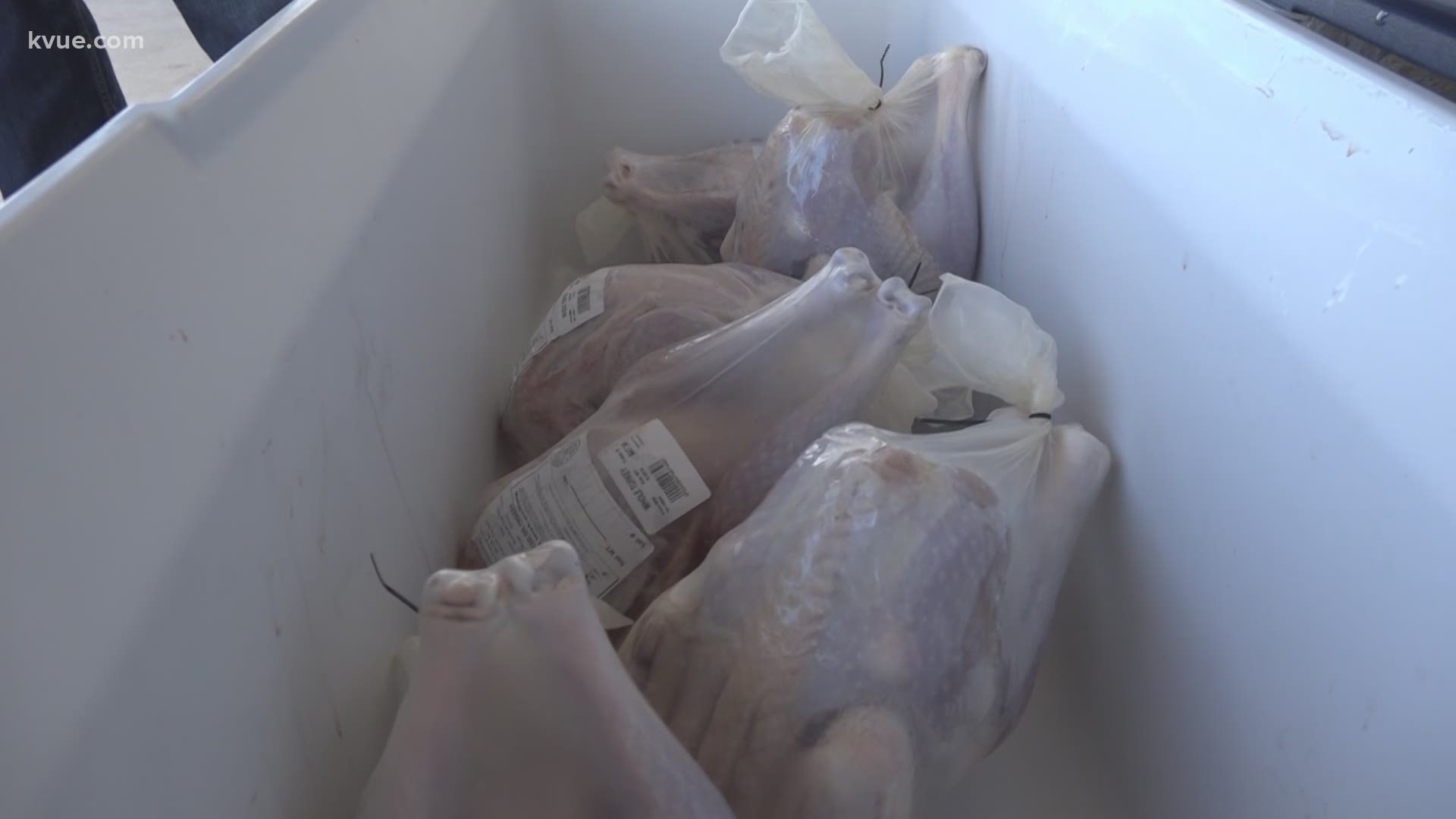 COUPLAND, Texas — Most of the turkeys left in Daniel Martin's supply at his farm in Coupland, Texas, are smaller birds at around seven pounds.

But he says people are wanting smaller turkeys since the pandemic is calling for smaller-than-usual family gatherings this holiday season.

"So, many people's Thanksgiving plans have been canceled. So, people who would usually do a couple of big birds, now they may do one smaller one or two smaller birds instead," Martin told KVUE Tuesday. "We actually have a bunch of seven-pound birds, so we ended up with about 100, 100 or so that were in that smaller range."

Martin has owned the Martin Heritage Farm for four years and hopes that, despite the pandemic, his sales turn out strong when it's all said and done.

"It's hard, you know? So, I think this year will probably – I'm hoping that we're going to be a little over breakeven," he said. "It was slated to be a really, really good year. But it's definitely hurt us."

Nielsen's Holiday Planning Consumer Survey shows that 70% of families are planning smaller Thanksgiving gatherings of fewer than six people. And 39% plan to prepare a meal for only members of their household.

A report from the American Farm Bureau Federation shows that retail turkey prices are the lowest they've been since 2010. On average, families will pay $1.21 per pound per turkey, which is down 7% from 2019, according to the report.

But despite the pandemic, farmers have continued to push out the product, one group says.

"We've seen, definitely, an increase in retail sales throughout the year at the grocery stores for turkey products," said Beth Breeding, the vice president of communications and marketing for the National Turkey Federation. "But at the same time, we've seen a lot of disruptions to our food service business at restaurants and other venues going into Thanksgiving. We've seen very strong early sales, and we anticipate that to continue throughout the holiday. Demand is high right now."

She added that since more people are choosing to not gather in large groups with their families, there could be more consumers purchasing their own turkeys and planning to cook them for the first time, which could make up for lost sales.

"Instead of one gathering of 25 people, maybe you'll have five gatherings of five people and they might each have a turkey at that gathering or some sort of turkey product available," Breeding said.

She also said the pandemic causing shutdowns of restaurants and other venues has made an impact.

"Some of our farmers have had to slow down production or sit out a cycle for a flock to help balance that out. But it's been a, it's been a good year. But it's definitely been a challenging year," she said.

Overall, she believes it's too early to tell how sales will end up this holiday season.

As for Martin, while he's hoping for strong sales, he's also hoping for everyone to stay healthy.

"We just try to do the best we can," he said. "And it's not about turkey. It's not about, you know, the stuffing. It’s about your family."

He added that he still has some turkeys available for purchase. You can find more information here.

How to know if your mask is still effective