The department is seeing a large increase in people filing fraudulent claims compared to non-disaster years, said a TWC spokesman 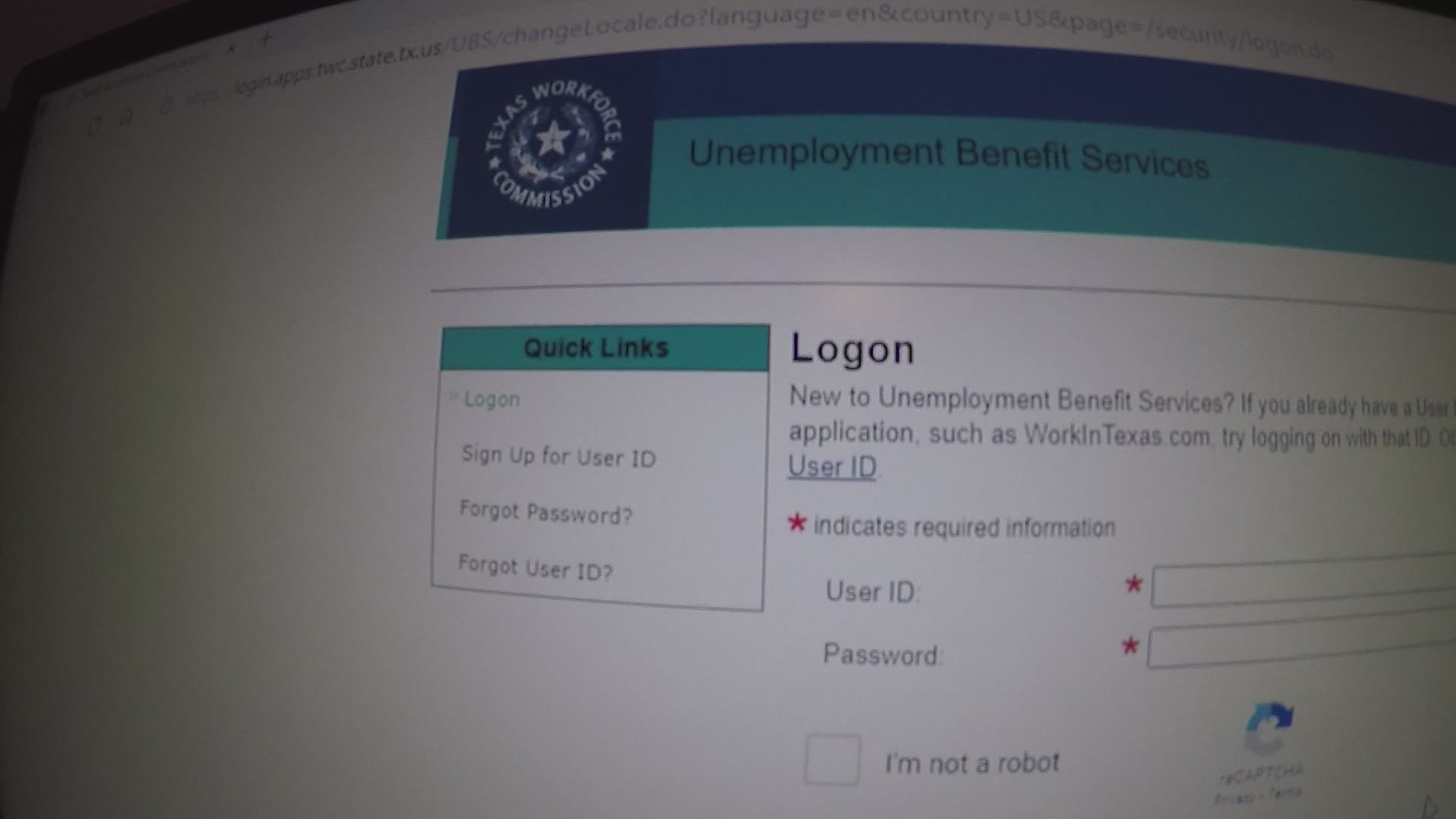 FORT WORTH, Texas — Hollie Smith is in the final stages of building her dream home, so she's been watching her credit like a hawk. That's why a recent email she received from her long-time Fort Worth employer left her speechless and shaken.

"It was on a Monday, I logged in to begin work," when she saw the email, she said. "Unfortunately somebody has filed an unemployment claim in your name."

According to Texas Workforce Commission, Smith is one of a growing number of people to have had a fraudulent claim filed in their name during the pandemic. It tends to happen during disasters, said deputy director of communications James Bernsen.

"That's a significant number of claimants and that is concerning," Bernsen said.

Also concerning, he added, is the amount of money the department already paid out that's now suspected to be fraudulent.

"Right now we're looking at $577 million. Now that's out of $44.7 billion we paid out since the onset [of the pandemic]," he said. "We will certainly hope to recoup that because that's money that belongs to the state of Texas and the people of Texas."

Bernsen said the department's been hiring new investigators to address this problem.

In Hollie Smith's case, the claim never went through because she quickly reported it as fraud. Now she's left wondering how her identity was stolen.

"How did they get my information? Do they have my social security number?" she wondered.

She's put fraud alerts on her accounts with all the credit agencies.

"It just blows my mind. It really does."