Nearly half of all Texans say they spend too much on housing, new poll finds

A majority of Texans said the state or cities should do more to provide affordable housing. 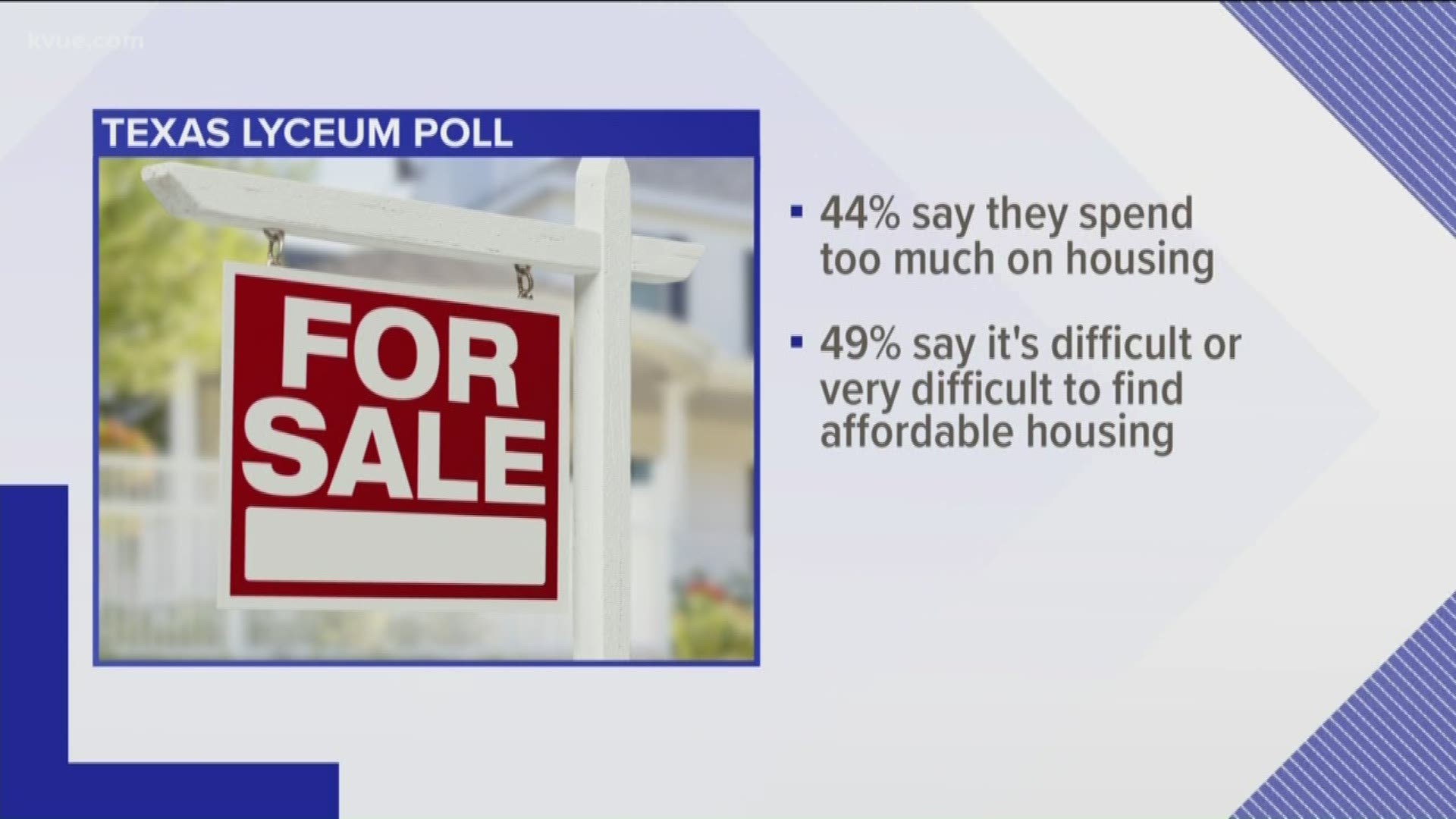 AUSTIN, Texas — A new Texas Lyceum poll shows nearly half of Texas adults say they are spending too much on housing, with a majority saying they would like to see the state or cities do more to provide affordable housing.

According to the 2020 poll, renters are nearly twice as likely as homeowners to say they spend too much of their income on housing.

Among renters, 64% said it is difficult to find affordable housing, a perception that persists across different demographic groups.

Affordability is seen as a problem especially for younger people, with 55% of Texans under 30 saying they spend too much of their income on housing. Meanwhile only a third of Texans over the age of 45 say housing is too expensive.

RELATED: Austin among the hottest housing markets for 2020, according to new survey

Perceptions of affordability were also split by geography and race in the survey. While 52% of Texans who live in urban areas say they spend too much on housing, that share drops to 41% among Texans in the suburbs and drops to 37% among rural Texans.

While most Texans believe minorities have as good of a chance as white people at getting affordable housing, just 50% of black people and 57% of Hispanic Texans agree, compared to 73% of white people.

When asked whether city and state governments need to do more to provide affordable housing, 68% said the state and 74% said the cities should be doing more. Just 27% and 22%, respectively, said this is not the responsibility of state or city government.

The poll also showed 63% of urban Texans agree homelessness is a problem, compared to 40% of suburban and 33% of rural residents. But a majority of Texans lack confidence in state and city governments to make progress on the issue.

The full results can be found on the Texas Lyceum website.