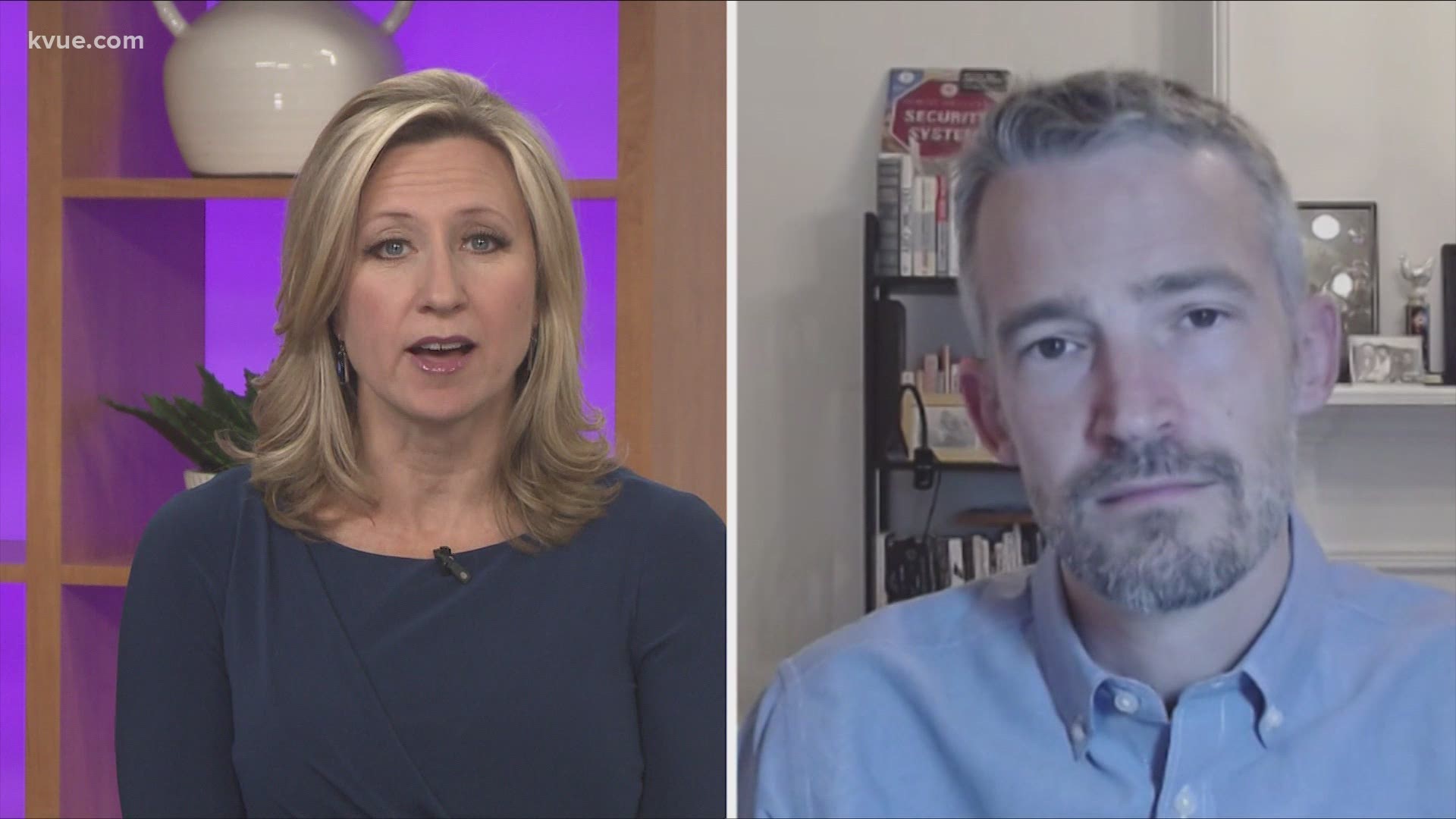 AUSTIN, Texas — The pandemic and low oil prices hit the fracking industry back in the spring. The Wall Street Journal reports two Texas billionaires got a $35 million COVID-19 relief loan to help one of their fracking companies.

Gruca: "Can you tell us a little bit about how this rule change that kind of triggered all of this came about?

Man: "Sure. As the Fed and the Treasury were putting together what they named the Main Street Lending Program, one of the original rules in that program was to get these taxpayer-subsidized relief loans. Businesses had to operate within some restrictions. And a big one of those restrictions was they were not going to be allowed to pay down existing debt that they had had before the pandemic hit with a taxpayer-subsidized pandemic loan. And that was a big problem for the oil business, where a lot of companies were already struggling with the falling price of oil and having a fairly large debt load that they were going to need to restructure over the course of this year. So, one of the things that a lot of oil companies asked from legislators was to get that restriction removed and also to allow larger loans. And, in particular, Ted Cruz was out front asking [the] Treasury and the Fed to change those rules, which they did in April."

Gruca: "So, the oil and gas industry, as many people know, so important to Texas. A lot of people argue that if that industry fails, it would have catastrophic effects for Texas and beyond. So, how is this any different than maybe what other industries got in loans during this pandemic? Say like the airline industry, which received $58 billion."

Man: "That's exactly the argument of Sen. Cruz and the Trade Association. They say basically this program is intended to prevent businesses from going under and to save jobs in our state. Sen. Cruz obviously represents Texas, which has thousands and thousands of these jobs, and said this, this program must be restructured so that we don't leave this industry out. The people who oppose the changes that were made are saying essentially that there were underlying economic problems with the business models of these companies that had nothing to do with the pandemic. And if they were in financial straits because they were loaded up on debt, because the commodity they sell was declining in price already before the pandemic hit, that this narrow, targeted, taxpayer-subsidized relief loan program that was related to the pandemic needn't be altered so that it would cover their, their other underlying problems. That, essentially, it's the disagreement."

Gruca: "I know in your article you all talk about how people criticize Sen. Cruz's work on this and amounting it to kind of a payback for political contributions. But his spokesperson said this: "The result of his leadership was a program that has helped about 25 U.S. energy producers, including roughly a dozen in Texas, and helped protect over 300,000 oil and gas jobs in the state." So, which is it? Is it saving jobs or was it a payback?"

Man: "I think the answer depends on where you sit. Certainly there are people who see that one of the, the families that was asking Sen. Cruz for help is the Wilkes family. They've been huge benefactors of his political career, particularly his presidential run. They own tons of, of assets in the oil and gas space. And one of their companies got a loan that was intended for this relief program for companies that might go under otherwise. And at the same time, all year long, they were making new investments, buying companies out of bankruptcy. So, that suggests that they had some resources to rely on and might not have been the most obvious target for what was supposed to be an emergency relief loan program.

However, as you just said, the senator said basically, 'this is constituent service, this is a huge industry in my state' that he makes no bones about the fact that he asked dozens of people in the industry to tell them what they needed and then put all that in the letter to Steve Anderson and to Jay Powell, asking them to change the rules of the program, as they did at the challenge of all of these stimulus plans, for sure."

Gruca: "So in all, the Fed purchased more than $828 million in loans to oil and gas companies. That's according to Bailout Watch. And then the Fed reported more than $6 billion in Main Street loans issued as of Nov. 30. That program is scheduled to expire Dec. 31. Isn't this kind of the tough part of these stimulus plans, determining who gets money and who doesn't?"

Man: "Oh, yeah, absolutely. I mean, you know, in a crisis, we stop hearing from a lot of people who usually say the government shouldn't pick winners and losers. It becomes exactly this situation where if you are the senator from Texas, you know, that's – his statement said you've got hundreds of thousands of people who'll be affected if oil and gas goes under. So, you just do whatever you can to make sure they get some of the pie. Yeah, I think that's exactly right, that it gets difficult to sort of decide who should qualify and what's an appropriate expense and all that."

Dr. Escott: Austin could see curfew by the end of the week

Is it cedar fever or COVID-19? Explaining allergy vs. COVID-19 symptoms