Typically, South Congress Avenue is flooded with tourists during the summertime, but this year is different as mom and pop shops fight to keep their doors open. 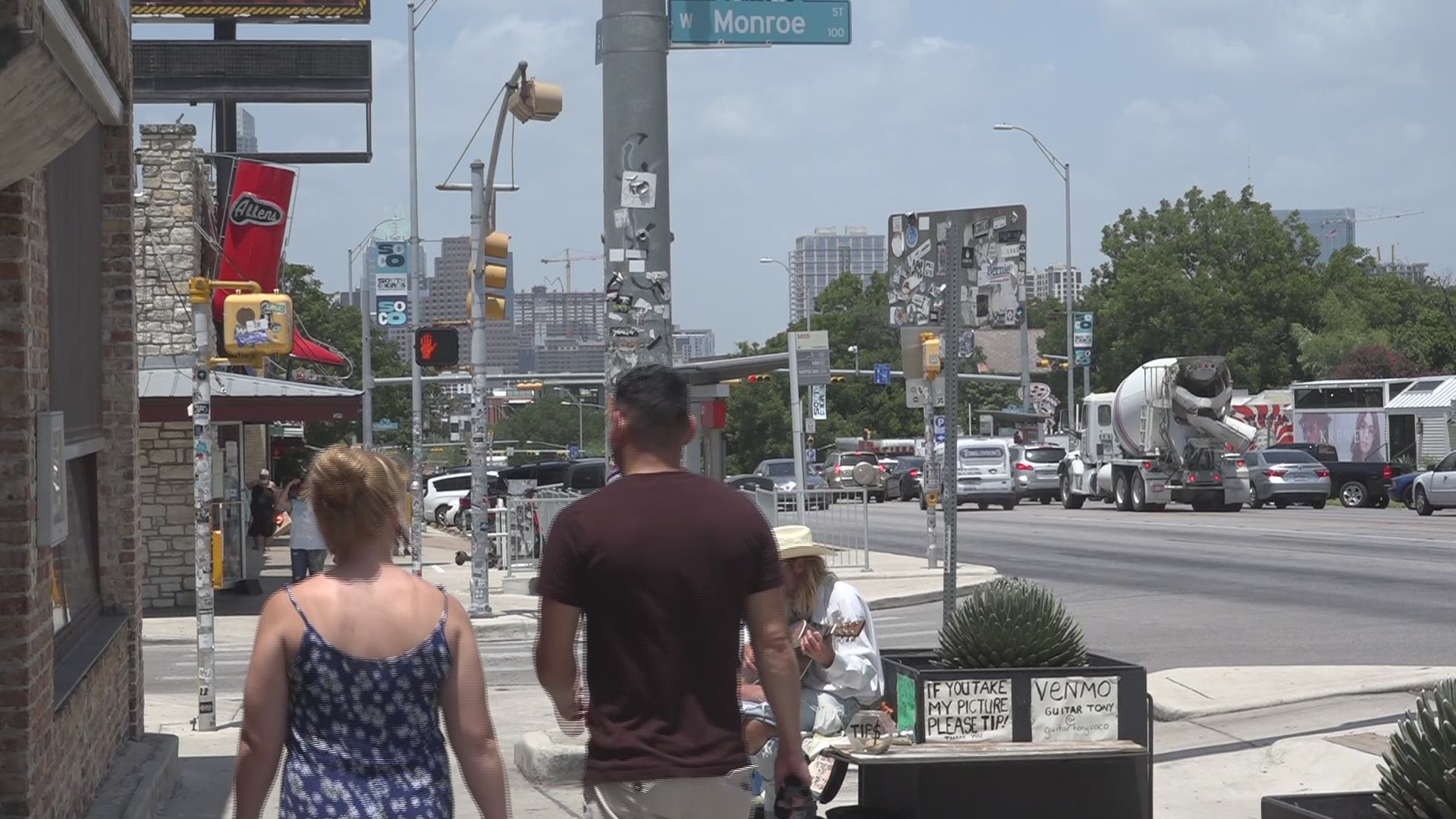 AUSTIN, Texas — While some longtime Austin businesses have had to close their doors for good during the pandemic, others are hanging on by a thread.

Only allowing five people in her store at once, Sheri Tornatore, owner of South Congress Books, said she thanks every customer that enters her shop for a book.

"You still do a double-take when there's nothing, when you don't see people – it's alarming. The world seems to have disappeared; people have disappeared," said Tornatore

Tornatore said the iconic street is typically flooded with tourists during the summer months, but this year is different due to the pandemic.

"What it is, is you're hustling now, whereas before you were hustling to keep enough stock in your store," said Tornatore.

Other longtime stores like Monkey See Monkey Do, are also taking things one day at a time, hoping loyal customers keep coming in.

"I think we're getting about 25% of the foot traffic in sales that we would expect for the summer," said employee Steven Almaguer.

But he said the South Congress Avenue shops are riding the wave together, as each store fights to stay open during the pandemic.

"We and some of our neighbors have been here for 20, 30 years. Lots of old Austin is alive and well on South Congress, and this is a greater challenge than we have ever faced," said Almaguer.