As the end of August comes around the corner, water measurements are already putting it into the top five rainiest Augusts in recent history. 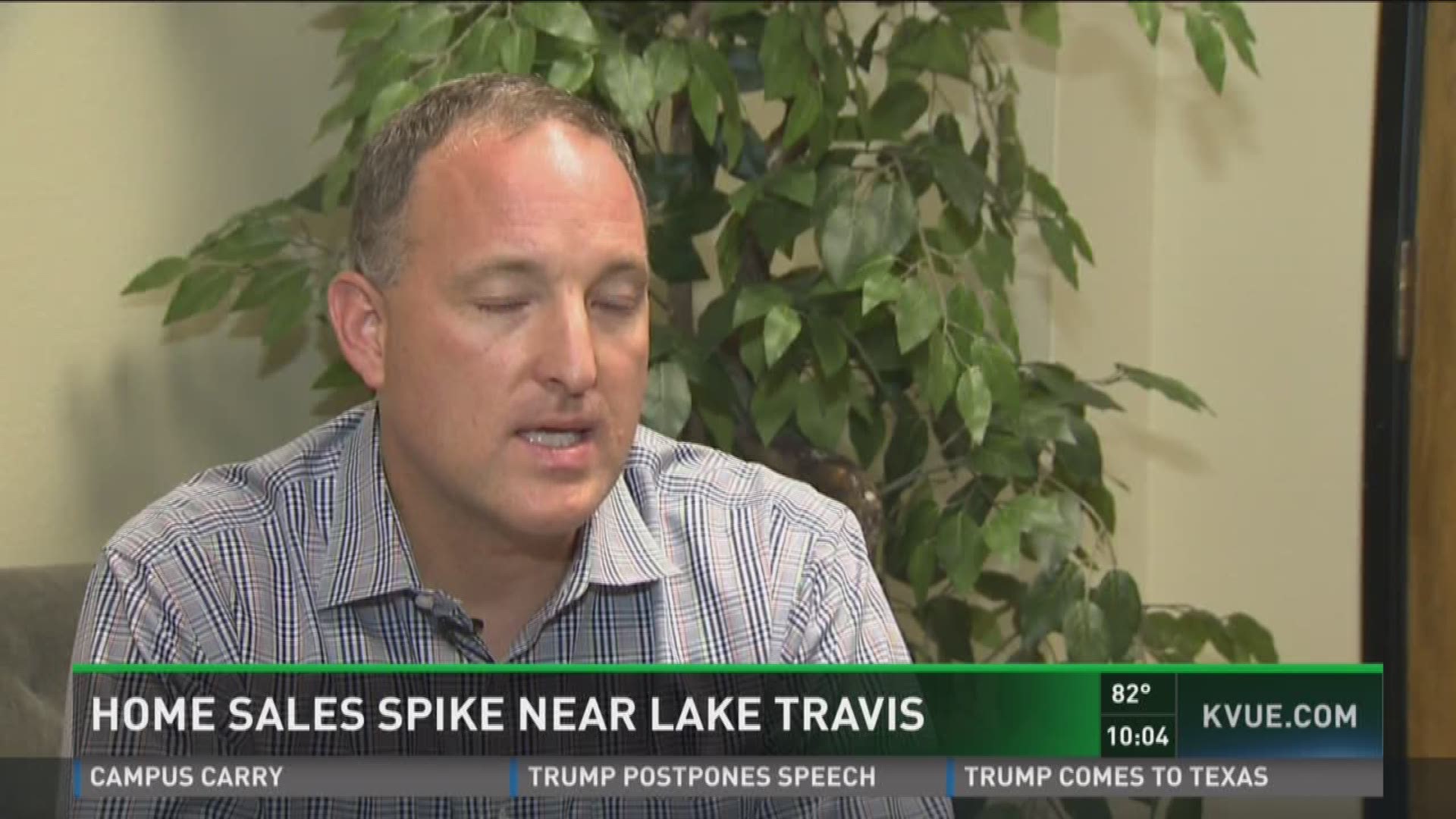 As the end of August comes around the corner, water measurements are already putting it into the top five rainiest Augusts in recent history.

Lake levels haven't reached full since a brief measurement in the spring of 2010, but levels seen in June hadn't been recorded since July 2007.

Coincidentally, or perhaps not, that's when waterfront property values around Lake Travis were also at their highest.

According to numbers provided by Realtor and Owner of Regent Property Group Brian Talley, 2007 holds the record for the number of waterfront homes sold in the last 10 years.

That number drastically dropped seven years later when in 2014, only 56 waterfront homes were sold at an average sale price of $605,000.

Comparing those years and numbers to lake levels shows a direct correlation. When the lake level was full or high, home sales and prices were too.

"I do think that there's a key correlation between the water level of the lake and the home sales on the lake,' Talley said. "I think the numbers have shown that's true."

Talley said this year, that trend is still continuing - but in a much more positive direction.

From January through August, 75 waterfront properties sold at an average of 9.38 per month.

If that trend continues, projections estimate 111 homes will be sold at an average price of at least $776,000.

"It's not the cheapest over the last 10 years," Talley said, "But it's still 10-percent under the median sold price so I think it's a great time to buy."

Talley said he believes the LCRA learned the importance of keeping lake levels regular during the drought years and is optimistic that this trend and the water level will continue to benefit the region.

"We would hope that the water levels are preserved for years into the future," he said. "Right now I'm really bullish on the Lake Travis area's future....There's room to grow, it's beautiful and now there's a full lake!"