Bitcoin 101: What is it and should you invest?

What's the story behind bitcoin? 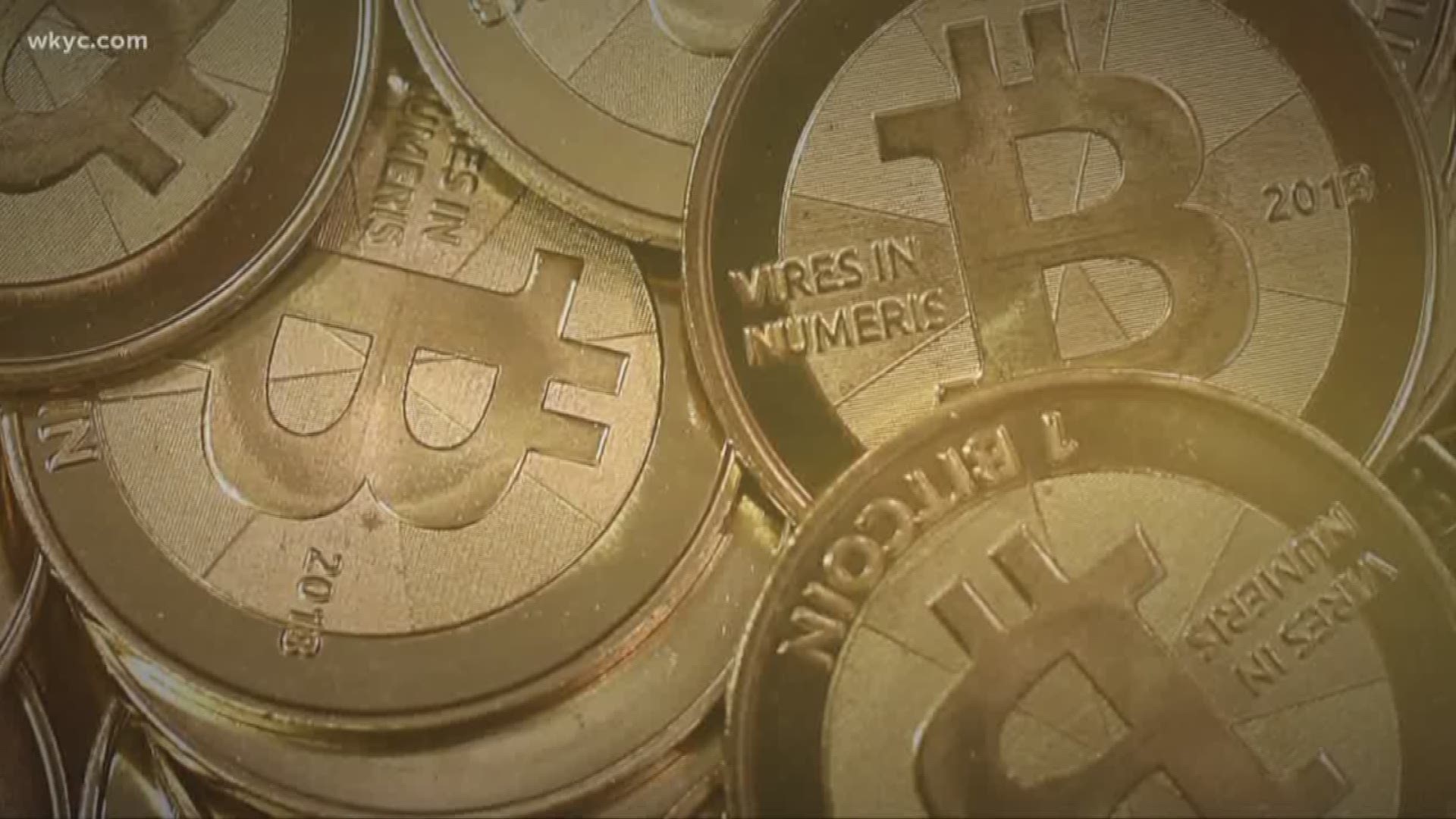 CLEVELAND -- Have you seen these popping up in Northeast Ohio? Bitcoin ATMS!

Bitcoin seems to be all the rage. Right now in Miami, they are having a national conference on what's called crypto currency. But what is that and how does it work?

Wikipedia describes crypto currency as "a digital asset designed to work as a medium of exchange that uses cryptography to secure its transactions to control the creation of additional units and to verify the transfer of assets."

I had no idea what that means. But the easiest explanation, after doing a lot of research, is that bitcoin is a new form of money.

Despite the word "coin" being in it's name, unlike a dollar bill or even a credit card, it's not something you hold in your hand. Instead, the money exists in cyber space and no government or bank oversees or monitors it -- part of why finance professor Bill Mahnic of Case Western University is not a fan.

"This is like printing your own money. It's been hacked, people have stolen bitcoin. There is nothing supporting it, except the fact people believe it has value," Mahnic said.

But these things are volatile.

Bitcoin dropped by about 39 percent since its high last December.

"It has a lack of stable value. If I gave you a dollar and said next week, what's that dollar worth, you would say a dollar. If I gave you a bitcoin today, you could not tell me the value that bitcoin is going to be," Mahnic explained.

Bitcoins represent money you can use to make transactions, or just buy as an investment. To buy a bitcoin, you install a virtual wallet on your computer or mobile device. Then you use real money to get the virtual money by linking a bank account to a bitcoin exchange.

There are even machines, kind of like reverse ATMs, at places like a gas station in Cleveland where you deposit money and the bitcoin is deposited into your account.

To use them, people exchange them through their virtual wallets. Each transaction is recorded in a public database that all bitcoin users can see to prevent people from using the same currency twice.

But if you have a dispute over a payment, it's not like traditional payments.

Mahnic describes it this way: "You order three books from Amazon. You order three books, pay the bill, open the box and there's only two books. You can go back and reverse the payment for that third book with American Express. Bitcoin is irreversible. You won't get your money back. It's gone."

And here's the interesting yet controversial part: Names are never revealed, only computer IDs. That lets people like terrorists or criminals buy and sell things in secrecy, and lets investors avoid paying taxes.

It's for all these reasons Mahnic says governments are cracking down.

"I think the wind is in its face, not in it's back anymore," he said.

Bitcoin is a brand name for just one of many crypto currencies. Mahnic says there are about 1,300 other digital currencies. But some investors warn, if you haven’t already bought in, you could end up holding nothing more than a worthless token.