Chris Carby says his restaurant is facing rising food and supply costs, and a worker shortage. 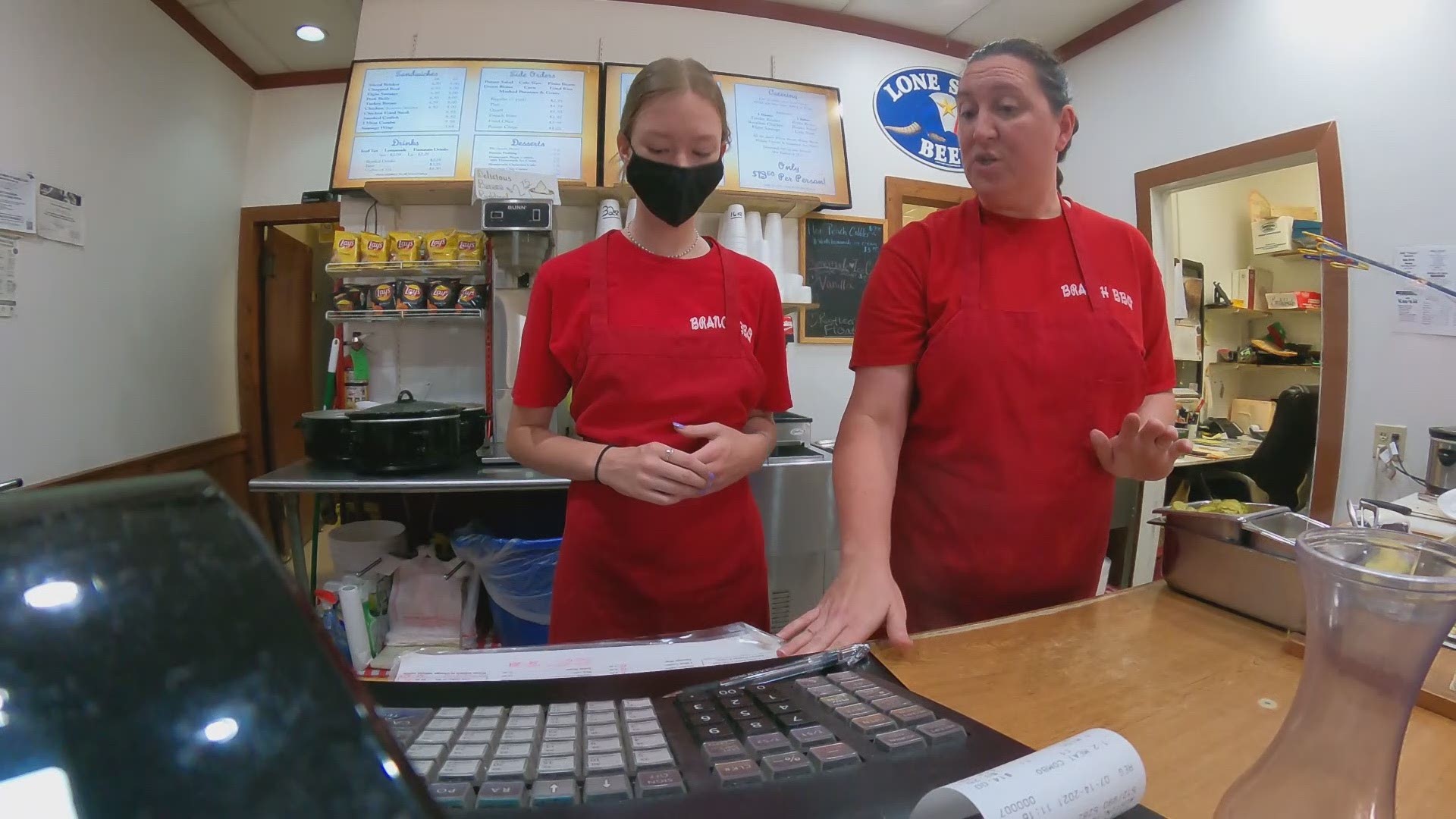 AUSTIN, Texas — It has been a tough year for restaurants and businesses.

Nationally, COVID-19 resulted in the permanent closure of about 200,000 businesses during the past year, according to a study by the Federal Reserve Board released in April.

More than 1,400 businesses in the Austin-Round Rock area were forced to close permanently or temporarily because of the pandemic, according to a 2020 study by Yelp.

Now many of the ones that survived, like Branch Barbecue and Catering in North Austin, are dealing with worker shortages.

Tuesday morning at Branch Barbecue started with training a brand-new employee – a rare treat for Chris Carby, owner of the restaurant, who hasn't been able to hire anyone in months. Finally, a family friend stepped in to help.

"Right now, we only have enough staff to keep open four days a week," said Carby.

As for the rest of his staff, Carby said treating them well is key. The business needs them to stick around and not quit.

"I did give raises about a month ago to the staff I do have because I hadn't given raises in two years," he said.

The labor crunch is hitting restaurants and the hospitality industry especially hard.

KVUE reached out to the Texas Service Industry Coalition but has not received an official comment on the full impact of the pandemic on the service industry. The coalition advocates for better working conditions.

But Carby isn't just dealing with staffing issues. According to the Bureau of Labor Statistics, the Consumer Price Index for food went up by .8% from May to June.

"There's a big problem within the supply chain because there are not enough workers," said Carby. "One of my suppliers has a very large warehouse, it's a major grocery store here in town, and I was told there were 135 people short in their warehouse."

In the meantime, long-time customer John Parker said his favorites will keep him coming back.

Saharan dust in Central Texas: Local impacts, benefits and how it got here