Even though customers don't traditionally shop at candy stores for Halloween, shop owners say the holiday marks the beginning of increased sales. 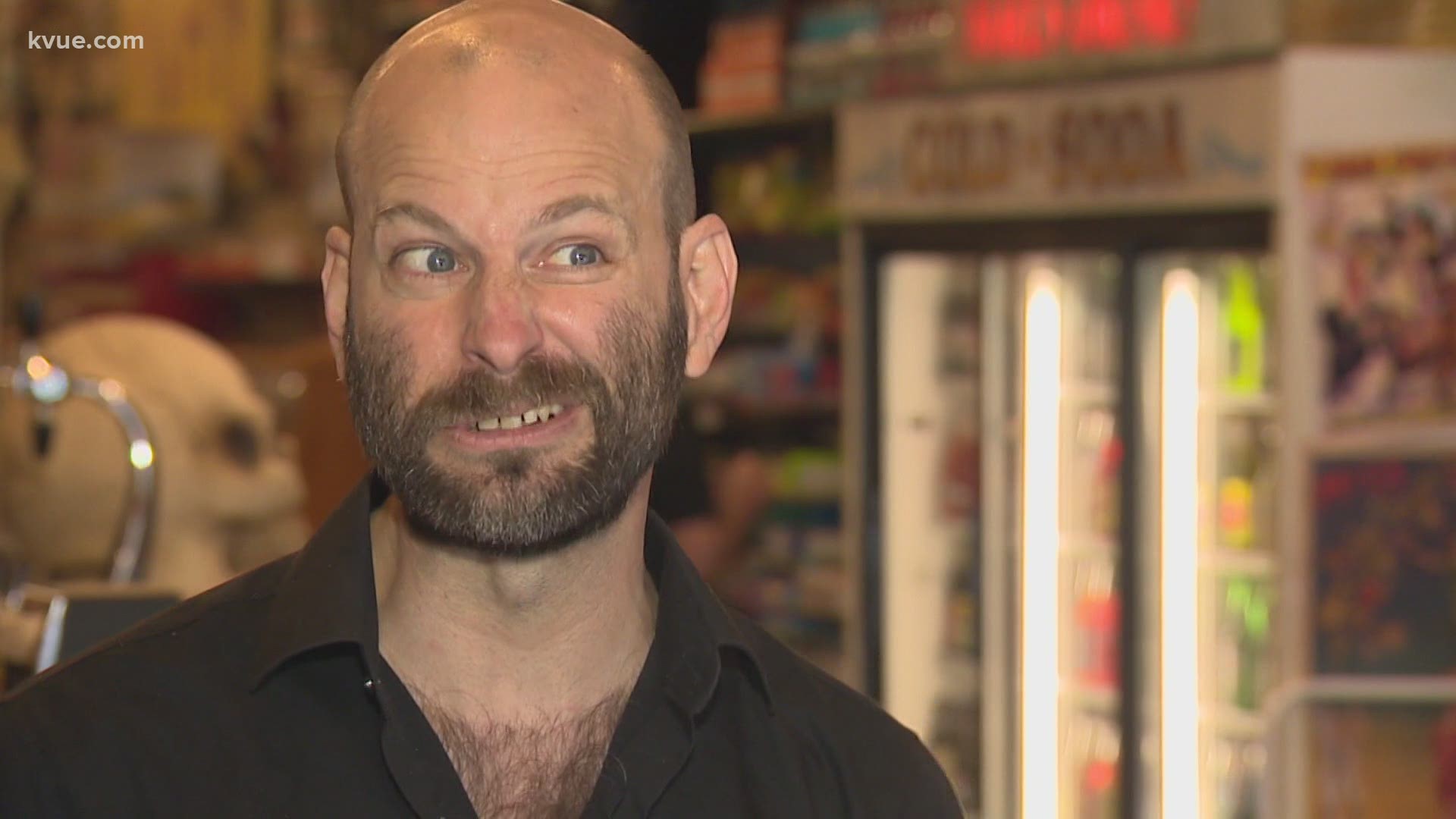 AUSTIN, Texas — Since March, sales numbers have plummeted at independent candy shops – much like most small businesses – because of the COVID-19 pandemic.

"This time last year, the shop really would have been at at capacity," Brandon Hodge, owner of Big Top Candy Shop on South Congress, said. "Our soda fountain behind me would would have been rocking and rolling with pumpkin shakes and malts and, you know, Halloween candy and other nostalgic favorites flying off the shelves."

Hodge had to place his Halloween order back in April, when the pandemic was first taking off in Texas. At the time, he only ordered 70% of what he normally gets. Of that, Hodge said he only received about half.

"Because of supply chain disruptions down here and a lot of the big-box retailers having more buying power, we maybe receive half of our normal Halloween order," Hodge said.

Fortunately, two weekends before Halloween, Big Top finally turned the corner in sales. For Hodge and his staff, it was bittersweet.

"It represented really from last month a really big uptick in sales and and was kind of a cause for high-five, but also with a little bit of caution and wariness, because we're still about 50% down from last year at this time," Hodge said.

Big Top is not the only one with this problem. Candy Corner in Hutto, part of the Creative Touch storefront, is down about 25%. Halloween isn't a big seller for the shop's candy section either. Typically, customers will start to buy sweets after Halloween is over, according to owner Matt Widmer. To accommodate more customers, Creative Touch and Candy Corner will bring on more staff.

"We are trying to hire, but not at as much as we would of many people, but we will hire some for the holiday season," Widmer said.

With lower sales numbers going into the holiday season, Hodge isn't sure whether he'll be able to rehire his full staff. Hodge believes these next couple of months will make or break many of the small businesses that usually thrive on South Congress.

"There's a reason Black Friday is called Black Friday," Hodge said. "A lot of retailers take a loss through most of the year, and that's their data, so, you know, put their books in the black, so to speak ... Come January, February, things could start looking pretty bleak."

HPD: Man shot in the face during road rage incident on US-59 at Highway 288