On average, Georgetown residents will see a $13 increase per month on their energy bill. 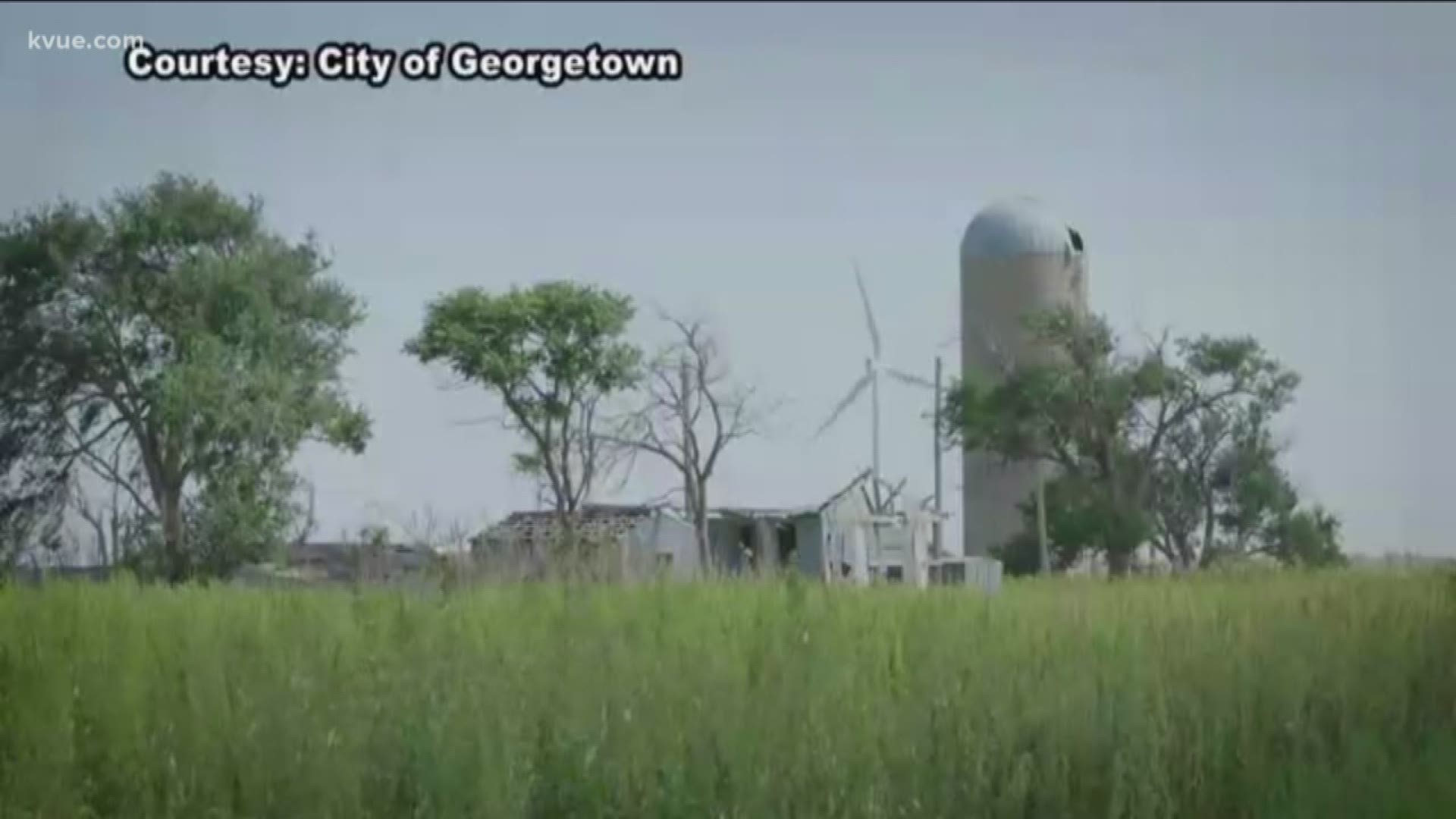 GEORGETOWN, Texas — Georgetown is famously known for the “Most Beautiful Town Square in Texas.”

But, it's also known for switching to 100 percent renewable energy, powering homes and businesses with solar and wind energy.

"This was sold as an economic advantage because it was going to lock prices in for years to come,” Randy Barnaby, a Georgetown property owner, said.

But Barnaby and Georgetown resident Jonathan Dade are upset that's not what's happening, since the city just announced that customers will see an increase in their power cost adjustment.

According to city officials, it will be about $13 each month for the average customer.

"Every single dollar added to a bill on top of the rising property tax bill is eating into what we have to live off of,” Barnaby said.

"I'm going to see a couple hundred dollars out of my pocket every year now because of this,” Dade said.

"It was a mistake. It was a rash decision. It wasn't thought through,” Barnaby said.

City Manager David Morgan said the power cost adjustment increase is because they leaned on forecasts back in 2012 and 2013 that predicted a shortage of power and a significant rise in energy prices.

"Ultimately, we selected wind and solar because we could lock in at competitive prices long-term,” Morgan said.

Morgan said the cost increase has nothing to do with the renewable energy sources.

"The reality is if we would have had those similar kinds of contracts, but they were with gas or coal. And we priced those out, we took bids from different types of energy sources. If we had those same types of contracts, we'd be in the same position today,” Morgan said.

With those long terms, Morgan said they had to plan for population growth, so they bought more energy than they need right now.

When the forecasts were wrong and Central Texas saw cooler than normal temperatures, the prices fell.

They were left $6.5 million over budget.

"We took a gamble that cost us $7 million,” Dade said.

"I think we as constituents didn't hold our leaders accountable in the beginning and say, 'Wait, what are the threats? What could happen?' Maybe that's on us,” Dade said.

Morgan said they're trying to renegotiate those contracts and still sell that excess energy, but have decided to raise the prices for customers as a safety net.

"Initially, we were hoping not to have to do that. We've wanted to make sure that we end the year successfully, with a stable balance in the electric fund,” Morgan said.

Morgan said the city should grow into the extra energy they bought for population growth in the next three to five years.

As for current customers, the price hike will go into effect on February 1.