Georgetown Costco to open in 5 years

The new store is expected to bring 235 new jobs and bring the city more than $11 million over 10 years. 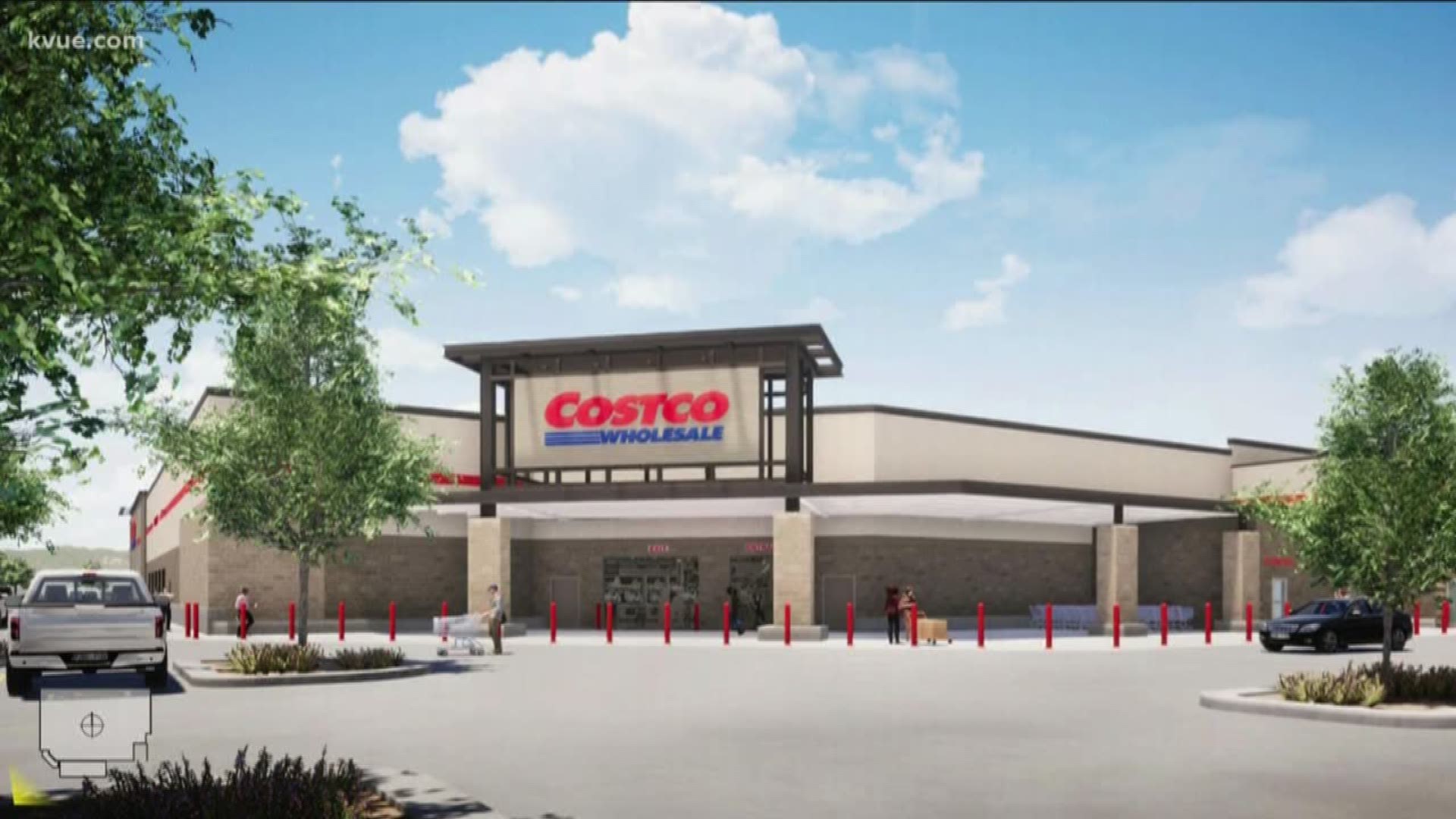 AUSTIN, Texas — On Tuesday, the Georgetown City Council approved plans for Costco Wholesale to build one of its stores off of Interstate Highway 35 in Georgetown, Texas.

The 158,000 square foot store will be located at the corner of I-35 and Lakeway Drive. Costco plans to open the store within five years.

According to the city of Georgetown, this new location is expected to bring 235 new jobs and bring the city more than $11 million over 10 years.

The city said the store is expected to help increase spending within the City of Georgetown, instead of residents going elsewhere to shop.

Georgetown Mayor Dale Ross said this is a big economic win for the city.

"This Costco store in Georgetown will provide a significant sales and property tax benefit to the City, which will help to fund City services such as public safety, the library and parks and recreation,” Ross said. "In addition, this store will increase our options and allow us to make more of our purchases here in Georgetown. Costco's reputation as a quality employer means they will be providing good jobs for their employees, many of whom will be hired locally."

The council approved a $2 million reimbursement for two public roads associated with the Costco project. The funding for this is from Georgetown's dedicated 0.5% sales tax for transportation projects for economic development.

The council also approved a sales tax reimbursement agreement in which the city will reimburse half of the sales taxes paid to Costco Wholesale annually, limited to a maximum of $2 million or 10 annual payments.

Funding for natural gas infrastructure was also approved by the council. A new gas line is estimated to cost a total of $1.2 million – $400,000 of the cost will be provided by the Georgetown Economic Development Corporation and the rest will be funded by Atmos Energy.