The company was testing its Alpha rocket on Wednesday when kerosene leaked, creating a major fireball and prompting a highway closure and evacuations. 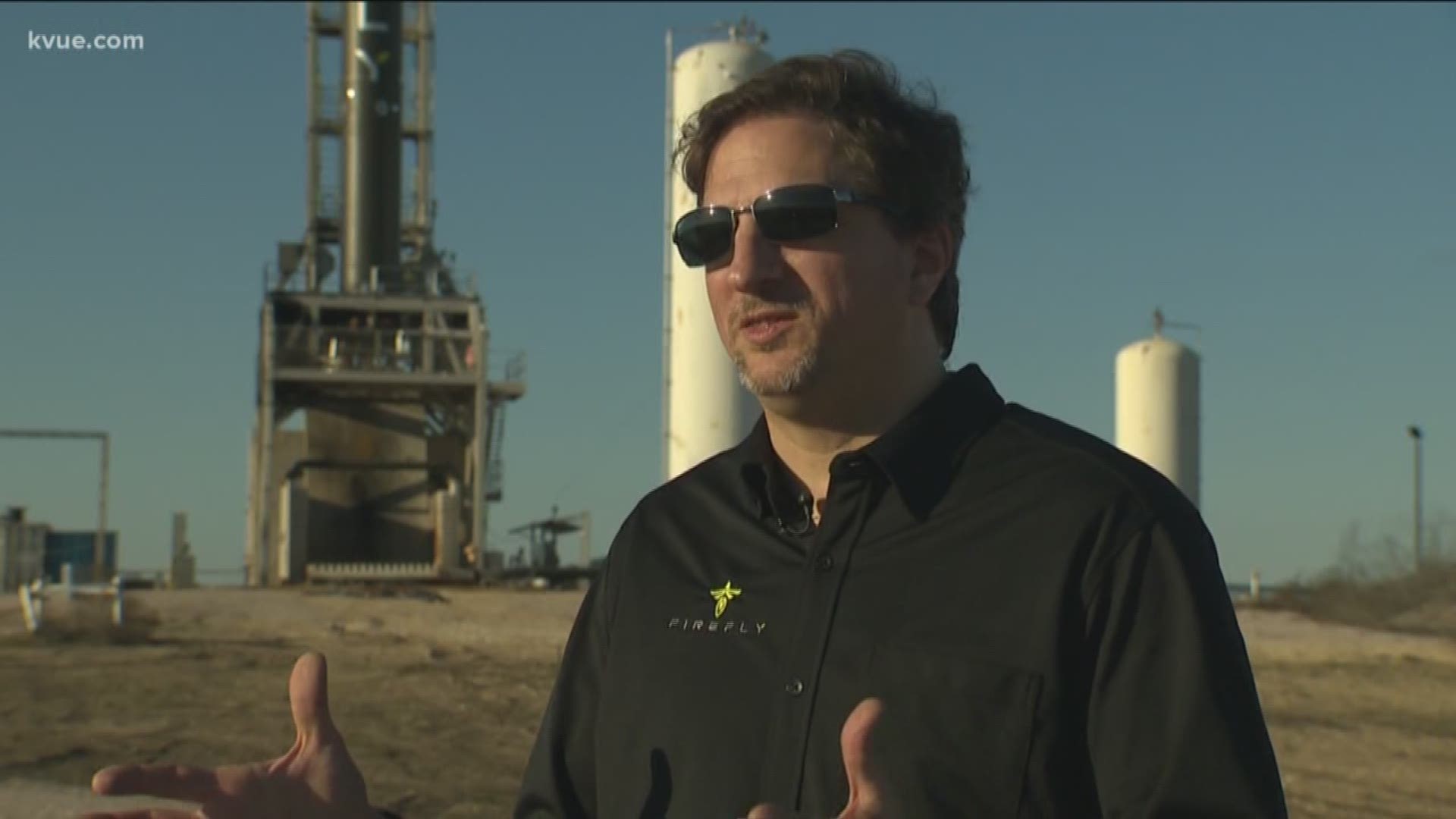 BURNET COUNTY, Texas — A rocket test that went wrong on Wednesday night in Briggs was not out of the ordinary.

Firefly Aerospace CEO Tom Markusic told KVUE on Thursday the damage to the rocket test stand is minimal and the test failure shouldn’t affect the planned first launch of the Alpha rocket by mid-year.

“We were testing that first stage for the first time,” Markusic said. “We were testing all four engines running together, and after the engines ignited, we had a fuel leak.”

The leak sent kerosene to the left of the test stand, which caused a fireball, but not an explosion.

“Rockets are very high-energy machines and there are always surprises, so it's very normal in development to have anomalies where you have fire going in the wrong direction.” Markusic said. “The first time you put it all together, you don't know exactly how it's going to work together.”

The fireball prompted evacuations within a one-mile radius of the 200 acres where Firefly manufactures and tests rockets. It also closed Highway 183 in both directions.

But that wasn’t necessary, according to Markusic.

“I don't think we handled the communication with the emergency response team effectively,” Markusic said. “We take safety very seriously and there's nothing that can occur on this test site that poses a hazard to people on the site or in the surrounding community.”

Burnet County Sheriff Calvin Boyd told KVUE the company is working with the sheriff’s office to ensure proper procedures are in place for any future event.

“We've been told that everything is safe as it can be. The event that occurred last night was obviously not foreseen,” Burnet County Judge James Oakley said. “I don't want to downplay things too much, but I don't think that there's really a safety issue.”

Oakley has asked Firefly to host community open houses to help residents understand any of the unknowns that may be concerning to them.

On Thursday, it was business as usual at the rocket factory, as testing continued on a second-stage rocket engine.

“While the stage-one test wasn't fully successful, the test of the entire test stand itself and how it responded to an anomaly was completely successful,” Markusic said.

The company, which started in Central Texas in 2014, ultimately plans to launch rockets regularly – as often as every two weeks – to the edge of the Earth and all the way to the moon. Currently, Firefly employs about 500 people worldwide. Markusic said the goal is to be a multibillion-dollar company with thousands of employees.

Alpha, the rocket Firefly is currently testing, is expected to have its first launch from Firefly’s California launchpad sometime in the first half of the year.