When the winery first started, they were preparing 500 cases of wine a day. Fast-forward to today, they now send out 15,000 each day. 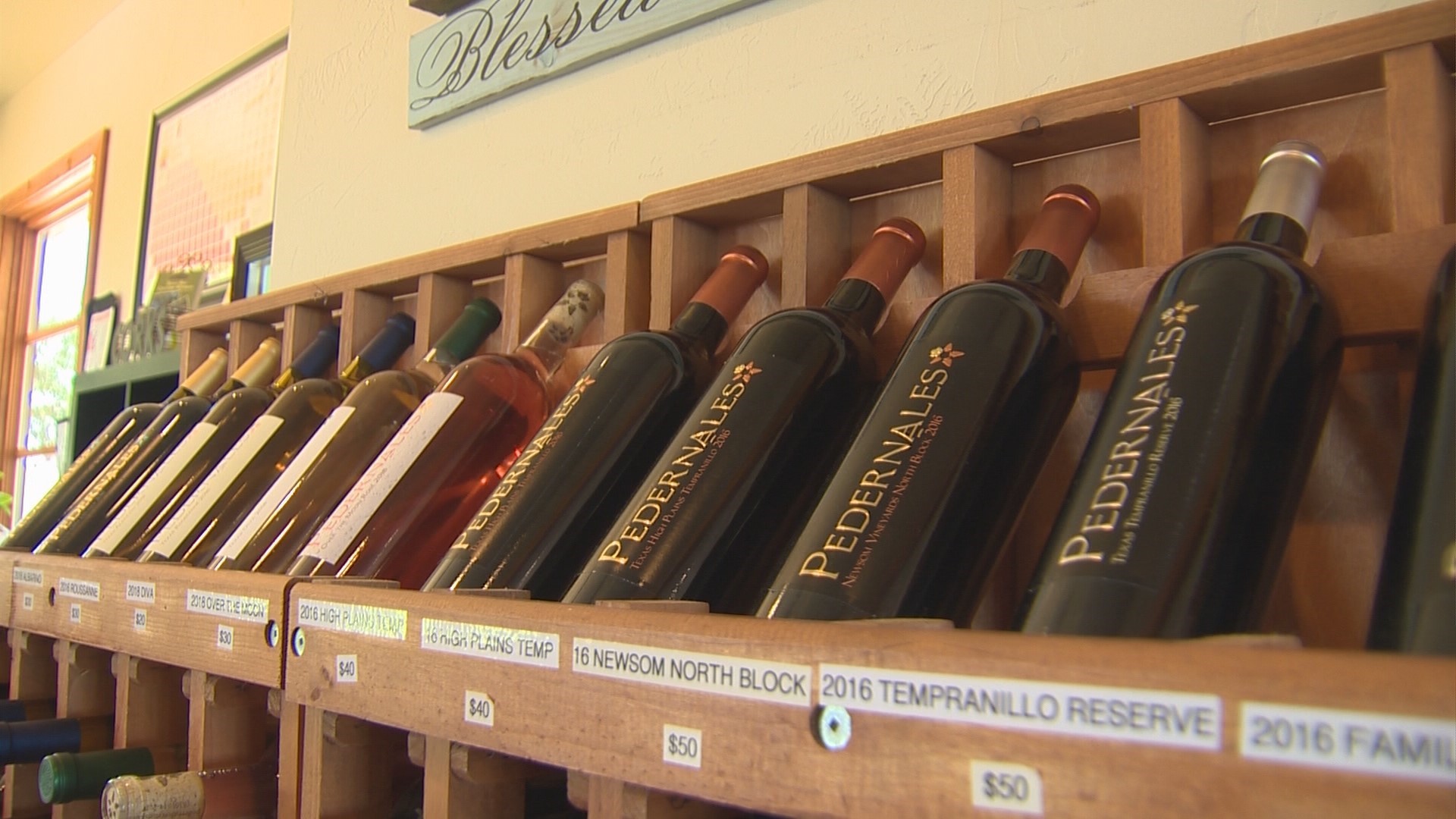 The Kuhlken family got into the business in 1995, but they officially started the winery in 2006.

"You've got years of just developing the vineyard, getting the vines mature and then you know we came into it at that point starting to make the wine with the first vintage being in 2006," said David Kuhlken, the winemaker and owner of Pedernales Cellars. "We’ve grown from that first year where we just did like 500 cases, but we do about 15,000 cases now today."

On-site at the vineyard, there's a tasting room open nearly all year-round where visitors can enjoy wine, live music and the sights of the Texas Hill Country. Visitors can also tour the facility and see first-hand how the wine is made, bottled and packaged.

RELATED: Take this Job: Stop and smell the rosé as a sommelier

"One of the more surprising things is it’s just the grapes. It's grapes and then with the addition of the yeast and the fermentation, I mean, it transforms it, if you will, from just that juice into the wine you see," Kuhlken explained. "Everything else, all of the aromas, all of the tastes, that's coming from the grapes, it’s coming from that fermentation, and then ultimately comes from the barrels – if it’s like a red wine that we’re aging in the barrels – but we’re not aging, there’s nothing else going in there, and I think that’s the part that surprises most people."

As much fun as it is to drink wine, we'll leave making it up to the professionals. Kuhlken put KVUE Daybreak's Leslie Adami up to the task of boxing the wine into packages and sending them on their way.

Though made in Texas, there are several folks from out of the state who get to enjoy the wine that comes out of Pedernales Cellars. The winery also distributes to about 15 states, including New York, New Jersey and Colorado.

"It's most enjoyable to be able to go out for me because I work so much around the grapes and the wines that we make," shared Kuhlken. "It’s fantastic to get to go out and try wines from other regions and other places because, I mean, we learn, but I also just get to feel like a consumer where I’m trying something new and I’m trying something to learn more about it."

WATCH: What it takes to be a sommelier