Fresh oysters delivered and shucked at your home? Shucks, that sounds great! 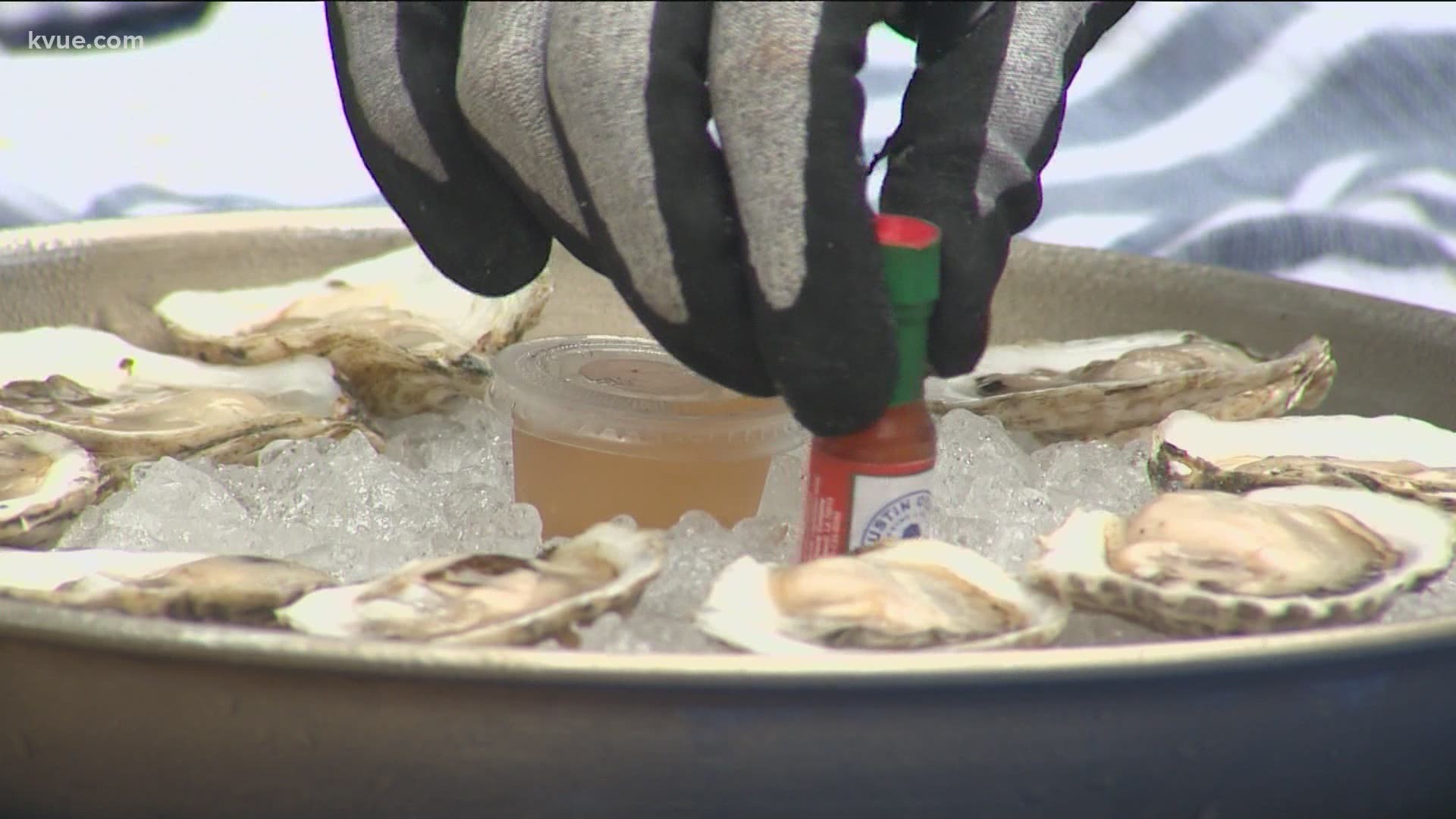 AUSTIN, Texas — Want to enjoy a taste of the Atlantic in your own backyard? All you have to do is place an online order with Austin Oyster Company and they will deliver, shuck and serve the oysters to you.

Rob and I joined co-founder Brendan Yancy in the company's North Austin kitchen to prep for an appointment.

"So, what we'll do is we'll take the temperature real quick. It always has to be below 41 degrees," Yancy told us.

The company opened in May 2020, at the start of the COVID-19 pandemic, when travel restrictions and FOMO were at an all-time high.

"My girlfriend shipped in oysters, some of my favorite oysters from Massachusetts, and so that was really where the idea was born. We shipped in those oysters, took some pictures of it and from there, a bunch of my coworkers and friends asked if I would come do the same thing for them in their backyard," Yancy said.

"We only put good quality oysters, good quality East Coast oysters, on our customers' plates and you can taste the difference," Yancy said.

Plus a delicious house-made mignonette, or sauce, for the oysters.

"I'm getting emotional about food," Rob said as he got teary-eyed cutting the shallots.

"Uh oh, we just starting working together and I'm already making you cry," I joked.

Ice, gloves, aprons, towels, table cloths, shucking knives. We loaded the truck and rolled out to our appointment – which happened to be at KVUE studios.

No joke: we almost pulled a mussel (get it?) getting those suckers open. We had a few mishaps but thankfully, no one was injured.

"Would you all like some oysters?" I asked the KVUE crew.

"Would you like to know about the oysters first? These oysters are from Brunswick Maine," Rob told our team. "They have a briny start to them, and they have a melony finish."

The taste is indicative of where the oysters grow – and our crew really dug in!

"They did alright. I mean, at first, it was a little rough, especially Rob. But they picked it up. I think they went for speed instead of accuracy, but that's a rookie mistake. Yvonne, we'll probably make an offer to. Jury is still out on Rob," Kleifgen joked.

The Austin Oyster Company is open Thursdays through Sundays, and you can find them at pop-up events. Just check their Instagram page. They're also expanding to breweries, wineries and working with a lot of distilleries.

In fact, this Friday, July 16, the company will host its first-ever "Shuckfest" at Still Austin Whiskey Company from 6 p.m. to 10 p.m. There will be music, food from Reese Bros BBQ and more. Tickets are sold out online, but there will be a limited number of tickets available at the door.

WATCH: Take This Job: Testing the air quality in Austin

'They will be arrested.' Gov. Abbott responds to Texas Democrats' flight to Washington, D.C.

One dead in northwest Austin shooting; two others injured