One of the behind-the-scenes jobs at Austin’s airport comes with big responsibility and high stress. 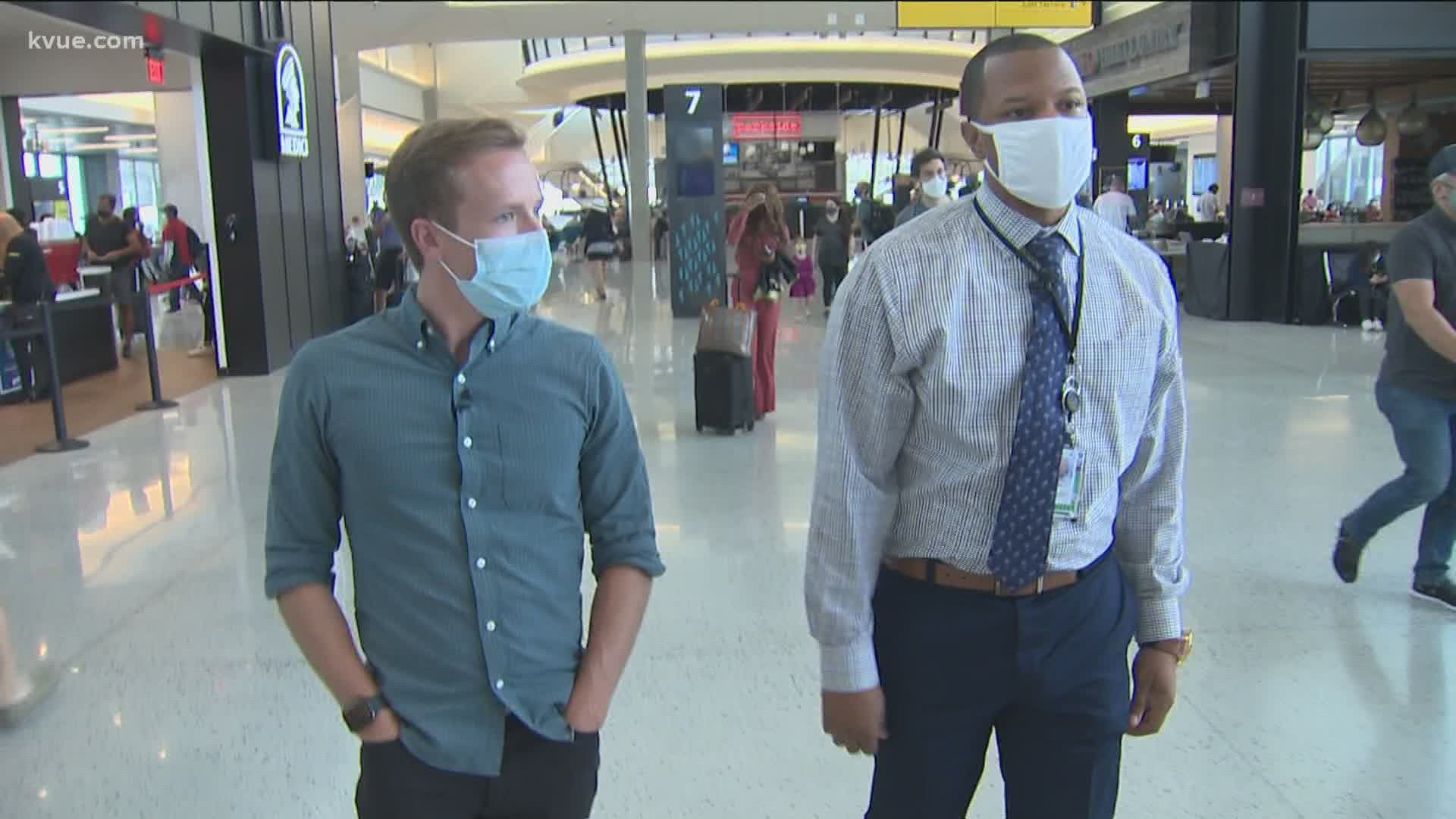 AUSTIN, Texas — Every day at Austin’s airport, there’s a single point of contact behind the scenes keeping the show running.

The airport duty manager is that person and the workload changes with the shift. We got a look at how it all works for Take This Job with Deon Ivy, one of the duty managers.

“We're responsible for the overall operations and how we respond as the airport to incidents and things that are going on,” Ivy said.

A daily briefing kicks off the morning for airport staff each day at 9 a.m., even though Ivy’s job starts much earlier. While every day for Ivy is unpredictable, each day comes with plenty of steps as he walks the terminal.

His job puts him in touch with everyone at the airport, from the City of Austin Aviation Department to the individual airlines and the Transportation Security Administration. It’s a job that requires a lot of people skills and patience.

“We all have to kind of be on the same page, and I think just developing those working relationships on a daily basis is what people don't see,” Ivy said.

Something else people at the airport don’t typically see is the airport operations center, where Ivy works when he isn’t walking the terminal. It’s the place where everything happens at the airport.

Information comes in and goes out. The staff working there averages around 1,200 calls per day. Representatives from the TSA, Austin Police Department and the airport staff the center 24 hours a day.

As travel returns to pre-pandemic levels at Austin’s airport, some days are drawing a lot of bigger crowds. Ivy gets to deal with that headache as well, working to keep lines moving and flyers happy.

“Everybody is beefing up the numbers to meet the need of the crowds that we're having,” he said.

Another big part of Ivy's job in the high-security terminal is responding to alarms that are set off by airport workers throughout the day. He can hear the alarms from gates away – something he said his ear has been trained to hear.

There's a strict process for getting the alarms turned off, including a call to dispatch and sharing the numbers on the employee’s badge to confirm they are a person with the security clearance.

Ivy let KVUE give it a try and it was a lot more nerve-racking than expected. You can watch how it went below:

At the end of the day, there’s a lot flying on Ivy’s back and he never knows what each day could bring.

“You have the stress of success, or I guess you could say failure,” Ivy said.

What to expect from an Olympic Opening Ceremony during a pandemic

News literacy: What to be cautious about if you get your news on social media