Some are hoping the major sporting event will be just what the city needs to bounce back from financial struggles caused by COVID-19. 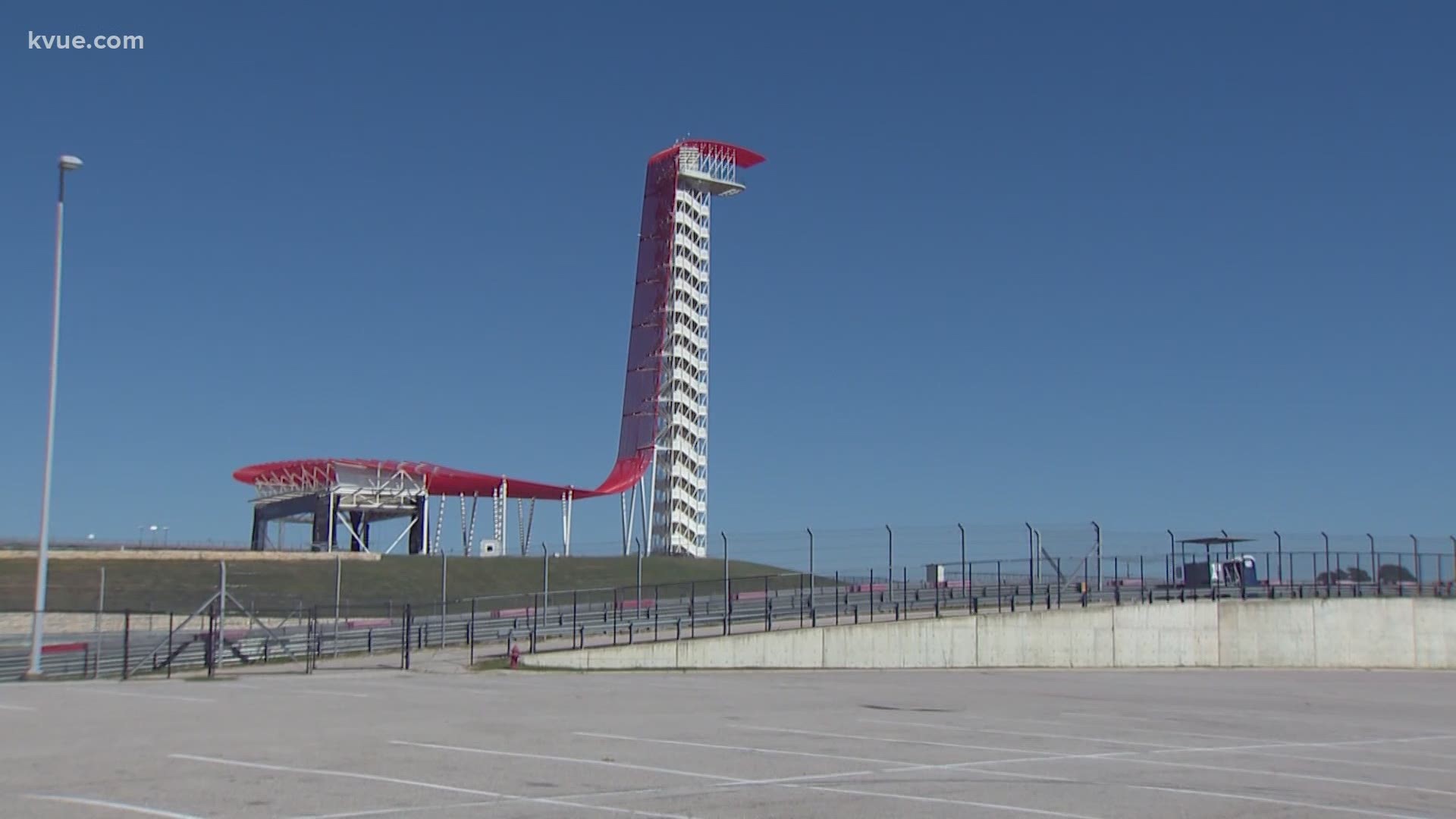 TRAVIS COUNTY, Texas — NASCAR will zoom into Austin in May 2021. On Wednesday, the Circuit of the Americas (COTA) announced that the NASCAR Cup Series will make its first appearance in the Capital City May 21-23.

“It’s something we’ve wanted from the very beginning and are very glad to see it happening," COTA Chairman Bobby Epstein told reporters on Wednesday.

Epstein also addressed the possibility that COVID-19 could still be prevalent in the community in the spring.

"There’s a lot of uncertainty, certainly, in the coming months, but I hope eight months from now, we’re able to plan and get life back to normal or at least live with the new norm and be able to [have] crowds together," Epstein said. "I think we’ll deal with COVID appropriately. If it’s affecting crowds, then the crowds will be smaller than we would ever hope."

RELATED: NASCAR coming to Austin's Circuit of the Americas in 2021

Epstein isn't alone in hoping the pandemic will be under control by then. Tourism organizations are hopeful for the same. They say this could be a big weekend for a downtown district that's taken a big hit due to the virus.

Credit: Jackson Grimm
With Downtown Austin in the distance, a crowd fills the COTA track for the Formula 1 race in 2018.

While tourism is slowly increasing once again in Austin's downtown, the numbers are still very low. The Downtown Austin Alliance, sourcing Visit Austin, found just around 29% of hotel rooms were filled in downtown as of August.

Foot traffic on Congress Avenue was down around 40,000 people this August compared to August 2019.

"I would imagine you would be seeing an increase in spending. You know, the beverage sales tax, people coming to dinner and have a drink and find some entertainment in downtown," said Michele Van Hyfte, the vice president of urban design with the Downtown Austin Alliance.

She added that she's hopeful COVID-19 could be sorted out well enough for businesses downtown to handle crowds safely.

"While everyone understands that you can't fully resolve the economic crisis until you fully resolve the public health crisis, you are seeing with the State orders now allowing larger amounts of capacity that the businesses can open and provide business with larger amounts of capacity," Van Hyfte said. "There is now opportunities to safely return to some activities, and that is very, very slowly beginning to show some kind of an improvement in some of these metrics that we're seeing."

RELATED: Six months into the pandemic, the hotel industry is still taking a hit

She also noted that large events at COTA draw different crowds, with the chance that there may be more locals for an event like NASCAR.

"If this crowd is driving in, you know, it's likely that they might want to pick a hotel downtown, that they are close to restaurants and entertainment and then go out to COTA," Van Hyfte said.

Over at Visit Austin, President and CEO Tom Noonan also said this could be a boost for downtown.

"To have another flagship event like this on an annual basis is going to be great for us. Not only for COTA, not only for our hotel community, our restaurant community, our music venues, our tourism employees getting back to work," Noonan said.