While the numbers are still very low, experts believe people are trusting hotel safety measures. Stay-home orders being lifted are also having a potential impact. 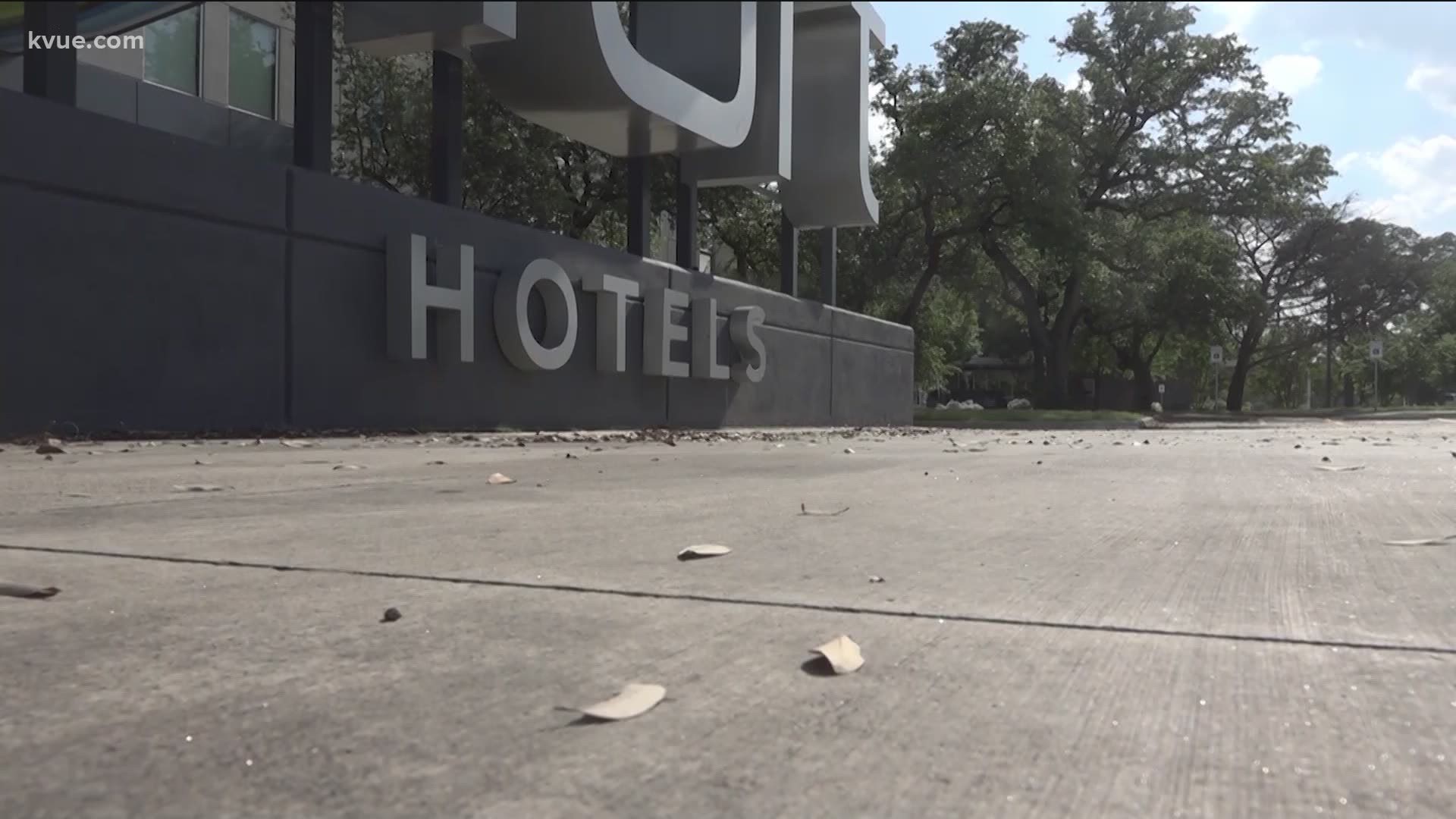 AUSTIN, Texas — After a very low occupancy rate for hotel rooms in Austin, the number of people staying them is beginning to climb again.

According to hospitality data firm STR, hotel occupancy was down to just 3.4% in the Austin Central Business District for the week of April 5 to April 11.

“It really couldn’t go any further down so we expected it to come up. The question of recovery – trajectory is on a lot of people’s minds and we’re seeing a slow sort of step-up – point here, point there you know, week after week after week…” said Jan Freitag, a senior vice president with STR.

Freitag added that Memorial Day weekend was very successful for hotels, especially for submarkets near beaches.

“If we dig deeper into the data, we’d see, you know, that leisure drive to markets did relatively better than markets that you have to fly to," Freitag said.

He also said that weekend leisure travel is what potentially would make its comeback first before business travel.

70% of hotel employees have been laid off or furloughed, American Hotel and Lodging Association says

“Number one is, of course, that the travel/tourism industry and the hotel industry have been in the forefront of telling travelers, ‘Look, it's safe to be with us and here’s 17 reasons why, here’s how we clean a room, here’s how we clean a bed, here is how we’re going make you feel more comfortable,' more touchless tech,” Freitag said. “Number two is also that stay-home orders expired in a lot of different places and people are just sick and tired of staying in their own four walls for the last two months.”

The Fairmont hotel in downtown Austin announced recently that they would open their doors on June 1, while implementing a long list of safety guidelines.

A spokesperson for the JW Marriott, said they're hoping to open sometime in the Summer.