The City of Taft reports they're no longer in debt

After almost a decade the City of Taft is reporting that it is no longer in debt. 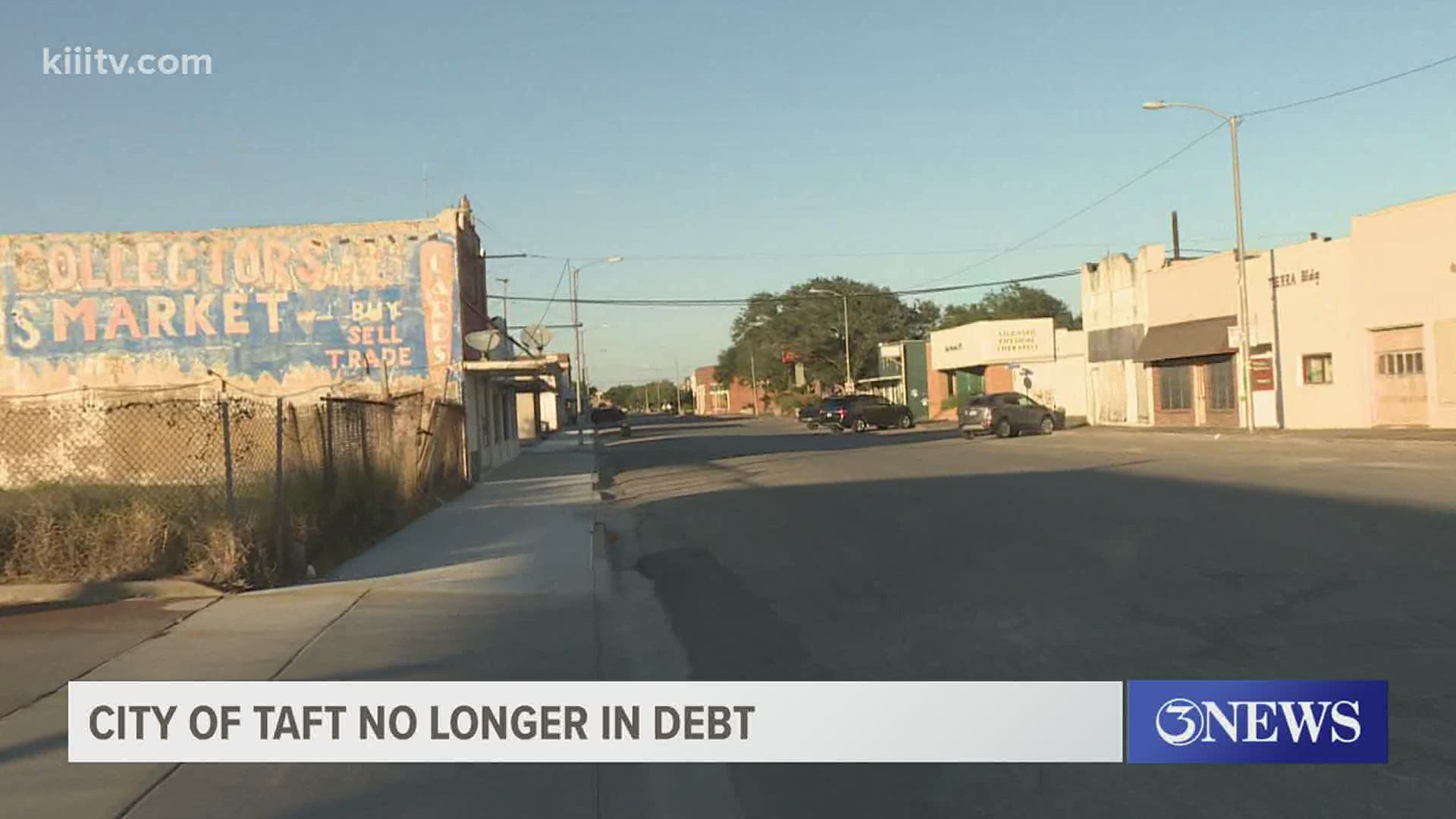 CORPUS CHRISTI, Texas — When Taft mayor Pedro Lopez took office in 2013 he said he inherited the city's debt of $686,481 and he said things weren't looking up.

Lopez said from then on out he made sure every department was strict with their budget and thoroughly explained every dime spent.
But in order to chip away at the debt faster Lopez said his team had to take on multiple responsibilities to cut back on costs.

"You know, city secretary and interim city managers, it took a big part from the staff that we have wearing different hats," he said.

All the hard work paid off, literally.
The city received their 2019 audit back and are under budget by $126,287.
Lopez said the next goal is to build up a cash reserve for Taft by implementing what he called the 5-5-1 plan, where people pay an additional five dollars for water, five dollars for waste, and a dollar for utilities.

"That creates $205,000 every year and with those $205,000 we project to be on our reserves at 100 percent in the next three or four years," he said.
Lopez said he hopes the city's positive financial report will draw more development to the area.