Accessible Housing Austin has nine homes, primarily in South Austin, that cater to people with disabilities. But with how expensive Austin has become, a spokesperson said they need more. 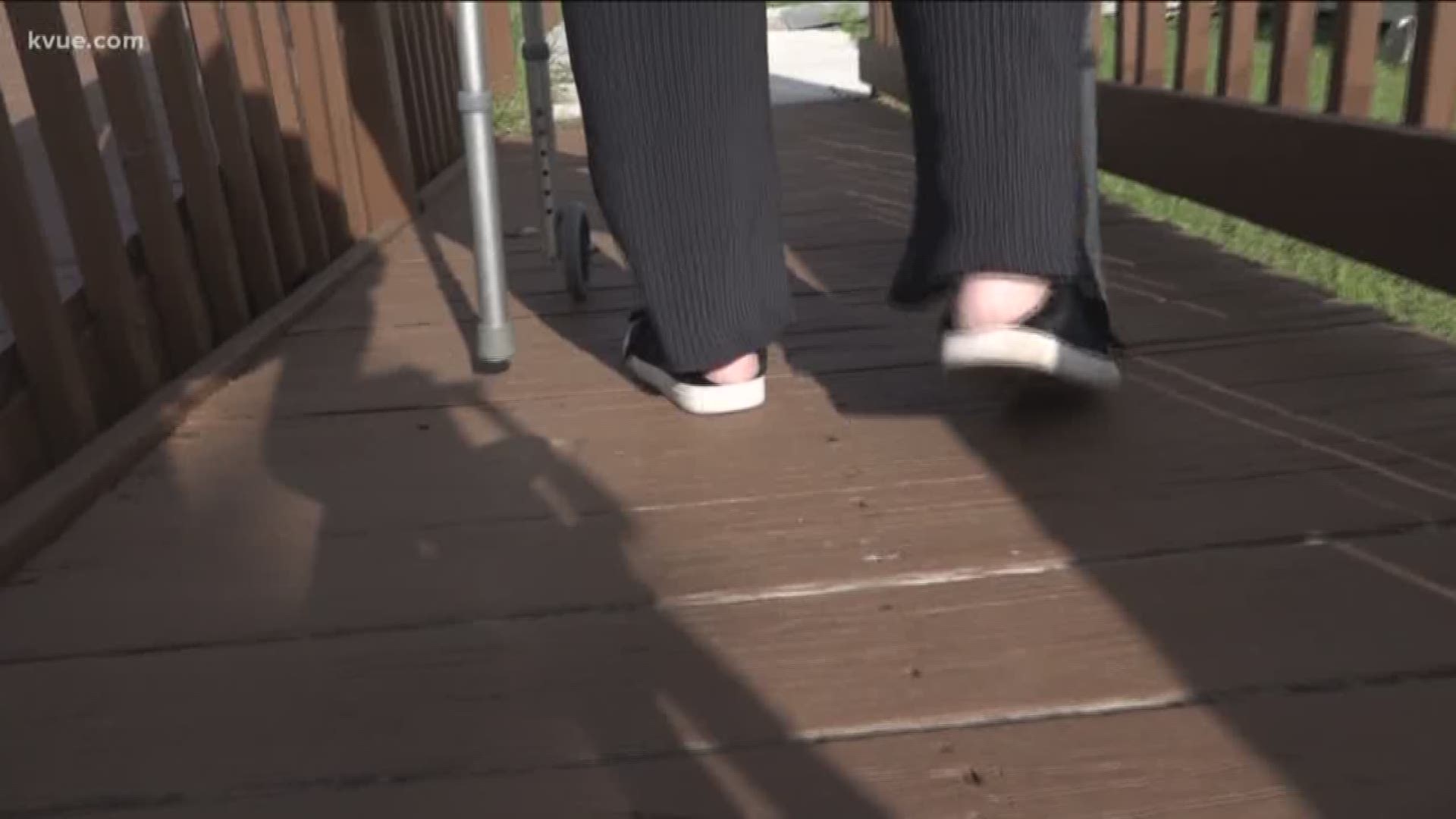 AUSTIN, Texas — With Austin becoming more and more expensive, affordable housing is harder to come by – especially for people with disabilities.

That’s why Accessible Housing Austin! (AHA!) is looking for more homes to help people in need.

AHA! has nine homes, primarily in South Austin, that cater to those with disabilities. But with how expensive Austin has become, a spokesperson said they need more.

"Austin is getting more expensive in general, and it is difficult and sometimes cost-burdensome for developers to make their units completely accessible," Jolene Keene, the executive director of AHA!, said.

Doreen Sims is a single mom who has to use a walker to get around. Sims said she became disabled late in life and was diagnosed with a degenerative spinal issue in 2013.

She read about AHA! online and moved into her home two years ago. It's built for people with disabilities like hers. For example, the knobs on her stove are on the front so she doesn't have to reach over a hot burner. In her backyard, there's a large ramp so she can go outside with her daughter. And she also has a walk-in shower.

All of those specialized features came with the house.

“These things give me the ability to do simple tasks that everyone does without thinking and to be able to do it in a way that I can do it and be successful at it,” Sims said.

"We get calls every day of people who have disabilities of people who are low income,” Keene said. "Affordable housing is a scarcity here in Austin, and the prices are just going up."

In about 30 days, the organization is looking to break ground on its first 27-unit apartment complex that will be fully accessible for people with disabilities. It will cost $600 to $800 per month to live there.