'It's Austin now, better get used to it.' Almost 80, Hut's Hamburgers still thrives

It's gone through a few name changes and a few moves, but the Austin burger joint has kept its authenticity. 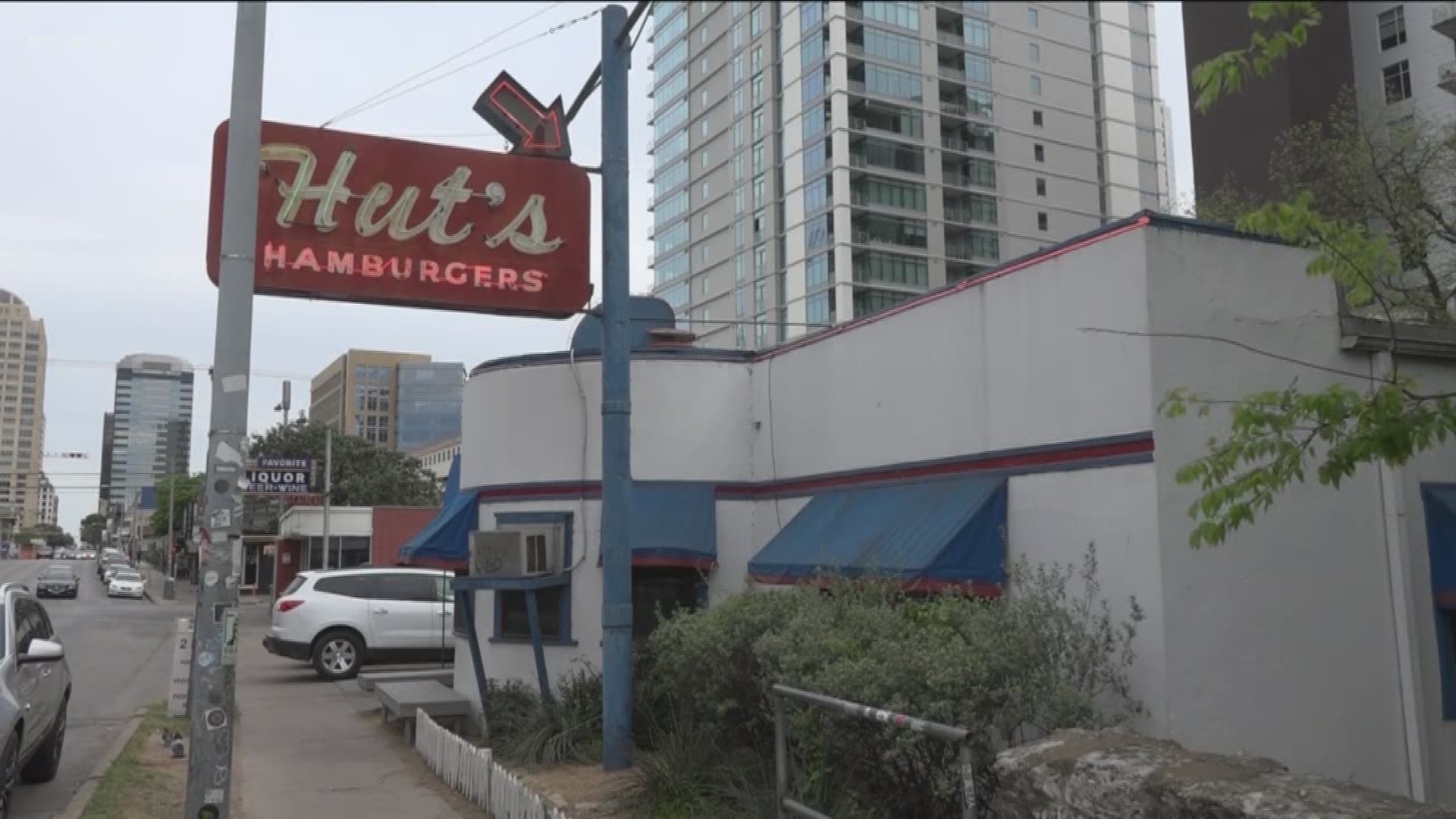 AUSTIN, Texas — The year 2019 marks 80 years of Hut's Hamburgers. The location over on Sixth Street has been around since the '60s, so it's safe to say it has had a front-row seat to Austin's massive growth.

It actually started as, "Sammie's Drive-In" in 1939 and it sat on South Congress Avenue. Add a few name changes, a switch of ownership and a new location and you get the historic burger joint that is Hut's.

While new restaurants come and go on Sixth Street, Hut's has long had a goal of keeping its authenticity.

"You came in here yesterday, you came in here 10 years ago, you want it to be the same all the time," said Mike Hutchinson, who bought Hut's in 1981 and co-owns it with his wife. "I think the hardest thing is people change the way they do things to keep up with the times, you know. I think that can sometimes be a curse."

Walking on the checkered floor, taking a look at the hanging pennants, or taking a bite into one of their savory burgers, the restaurant feels it has delivered its originality.

"People have been coming in for years and bringin' their kids in," said Hutchinson. "Now the kids are bringing their kids in."

The growing and changing city that is Austin has taken a toll on old iconic restaurants in the past.

But Hutchinson says there are still some greats around town, and the authenticity helps.

"It's not just us, there's other places," said Hutchinson.

As for now, he says the restaurant will keep serving its burgers, and do its best to simply stay the same.