There are still some details to work out but, as of now, the nonprofit wants to break ground late spring 2020. 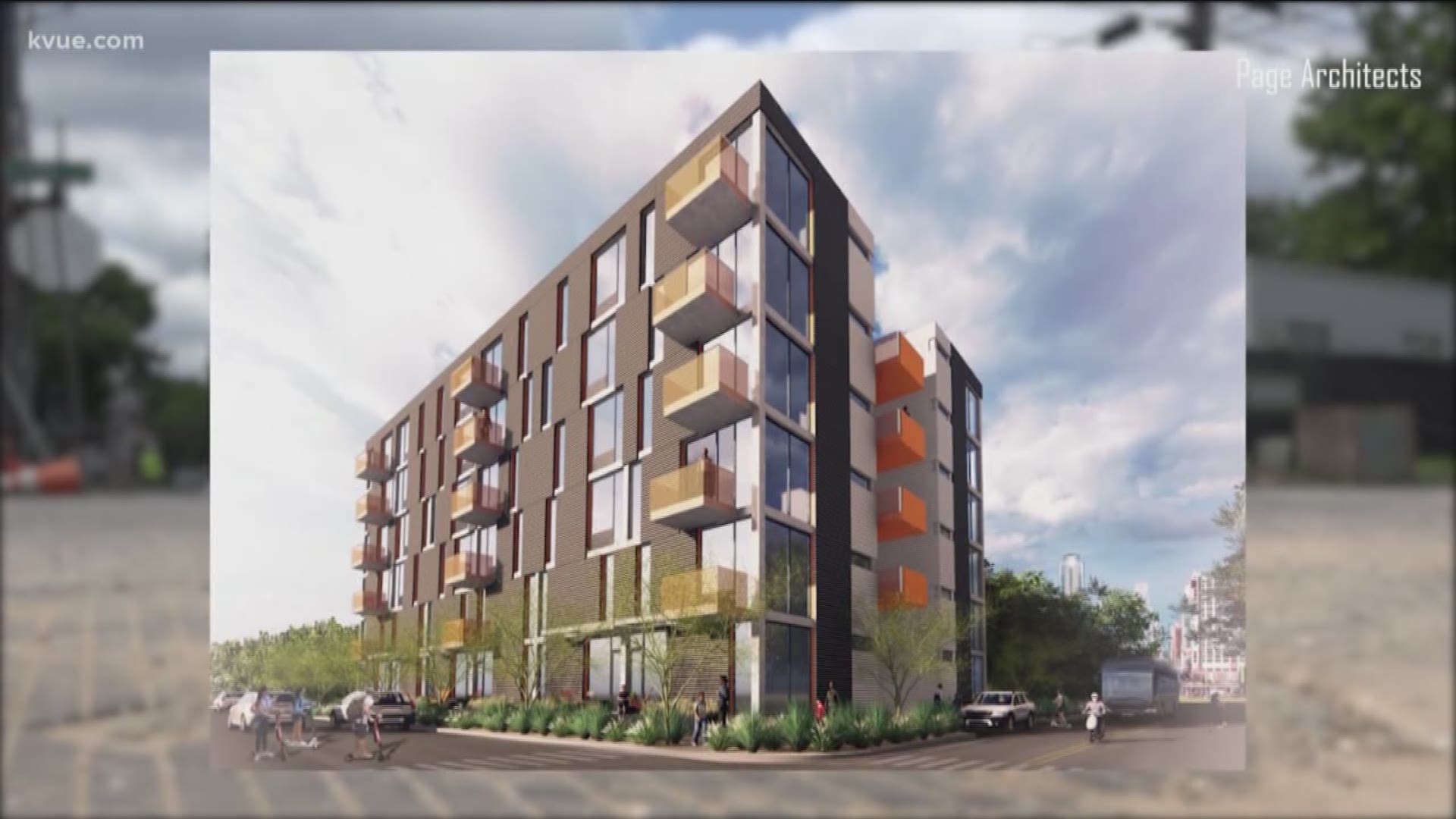 We normally see Habitat for Humanity in Austin building single-family homes but, recently, they've made plans for developing an entire affordable housing complex.

The complex will be for-sale condos. It'll be near the corner of Fourth and Onion Streets in East Austin.

There are still some details to work out and some fundraising goals still need to be met, but they hope to break ground in late spring 2020.

The plans right now are to have the complex be six stories with 57 homes. Details and pricing are still being worked out but they said they expect the condos to range between $125,000 and $175,000 with interest-free mortgages. That's significantly lower than a majority of homes in that area right now.

Other details depend on the homebuyer's income.

The homebuyers have to put in 300 sweat equity hours, meaning they log these hours through Habitat for Humanity. They also have to fall within certain income brackets.

The condos target families who earn under 80% of the current median family income.

"By us going to the condo model and moving away from single-family homes, we're able to build in more high-opportunity areas and get people closer to transit and education to schools and jobs and life," said Anderson. "This neighborhood used to be one of the most affordable neighborhoods in Austin. Today it's one of the least affordable."

He also said the proximity to job opportunities in the area will allow for residents to not have to rely on cars.

"It really helps build stability and hope for the clients that we work with," said Anderson. "To be able to build in this rapidly changing community means a whole lot to us."

Anderson said the plot of land where the development would be was purchased in the mid-90s by Habitat for Humanity to be used for their lumber yard. Right now, there are construction materials placed there for construction going on across the street.

Neighbors who live nearby and in East Austin have had a front-row seat to the ever-changing neighborhood's growth.

"The town is growing in everything," said Hope Valle, who has lived in East Austin for more than 20 years.

Even those who have lived there for just a few months have noticed the change.

"It's pretty crazy how fast it's been," said Anthony Lambrecht, who has lived in East Austin since January.

They're happy to see an effort at keeping a mix of people in the area.

"That's a very interesting project and that helps people and everything," said Valle.