Are these the solutions to Austin’s traffic woes? 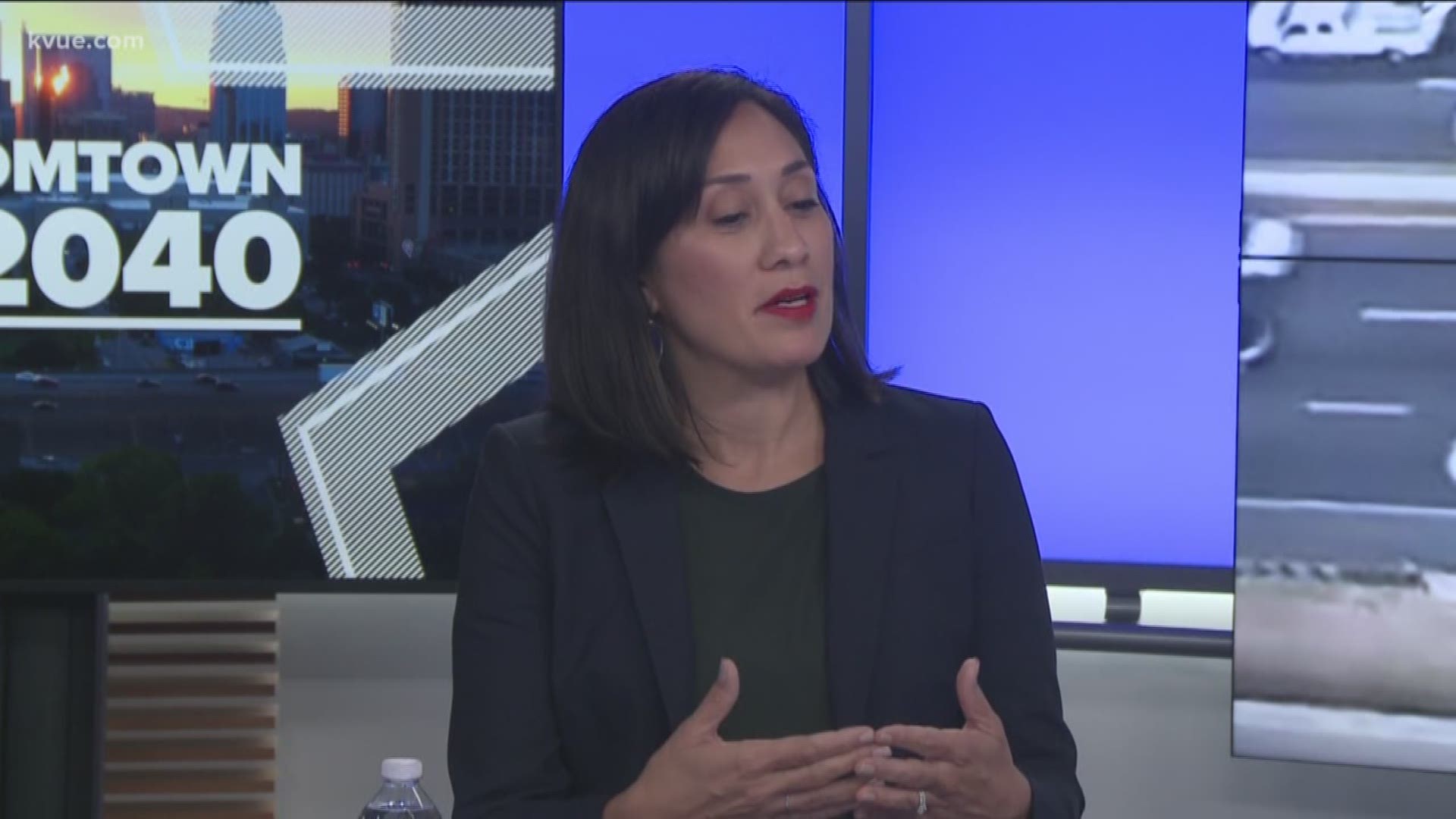 The issue of the night was tackling the Austin region’s rapid growth, which Rep. Israel said was “like putting 20 pounds of potatoes in a 10-pound sack.”

“We can’t continue to just have one person, one car,” she told KVUE.

RELATED: Where's the Loop? A closer look at why Austin does not have a beltway

“For a long time, many of us wanted to remain this sleepy college town that we have been for a very long time," she said.

“I feel because we have probably not planned for the growth that we were expecting in the past, we were faced with so many challenges.”

How to fix Austin's traffic issues

While the debate continues over how much of Austin’s future involves improving roadways versus public transit, leaders were generally in agreement – the culture of commuters needs to change.

RELATED: We took a ride on the Metro Rapid Line to learn more about CapMetro's future

For Garza, that means incentivizing the use of public transportation, which may come in the form of rebates for riders on their utility bills or retail discounts for using the bus.

On the roadways, Heiligenstein said 900,000 empty seats were coming in and out of Austin every day in people’s cars.

“I think going forward one of the things we’re going to see with ridesharing is people are going to start selling those seats.”

But Clarke said ultimately the future of Austin’s transportation comes down to securing the funds to make the enhancements.

“We don’t have to try to do something revolutionary. This happened all over America, Canada, Europe, the rest of the world.”

Clarke hinted at working toward a 2020 bond to be approved by voters, but would not name a price tag.

Meanwhile, TxDOT continues to make use of $75 billion across the state, thanks in part to two funding propositions approved by voters.

TxDOT’s biggest challenge is improving I-35 through Austin, which is a $7.5 billion project according to Barth.

“The quickest way to save money on a project is to finish,” said Barth.

Alabama Senate votes to ban nearly all abortions in the state

'Through hell and back': Former coworker sets up GoFundMe for bartender who served Plano mass shooter