AUSTIN, Texas — It’s an industry that’s been ever growing in Austin and around the world – tech.

For us Austinites, it’s one of the many things that is creating this boomtown effect we’ve been looking into. But why is Austin one of the perfect places for both up-and-coming tech businesses and already established giants?

When you think of growth in a company, you’re probably going to picture expansion. None truer than at Dosh. Dosh is one of the fastest growing fin-tech apps, and its headquarters are right here in Austin.

"We had a little over a year ago like 30 employees,” said Ryan Wuerch, the CEO for Dosh. “Now almost 120 employees, but more importantly I think the only app ever in the state of Texas that's been actually number one on the app store."

The company goes out and gives its users money when swiping their credit or debit cards. After linking any or all of your cards, you will receive cash back from companies that partner with Dosh. Those include Sam's Club, Mattress Firm, Dunkin' Donuts and other restaurants and stores across the county.

"They just go live their life,” said Wuerch. "Dosh is going to go out and find cash for you and actually deposit into your Dosh wallet."

The app is also earning money of its own. In the summer of 2018, the company got a series of funding of $45 million. In less than nine months, the company saw $40 million more come in. They have since hired a bigger staff and continue to grow the business and its reach.

That $40 million in January was only 10 percent of what all Austin companies earned – $400 million in total going to companies of all sizes.

“That’s a lot of money, so people are really pushing hard to get these startups off the ground,” said Keely Stephens, a social media and marketing employee at Dosh. “They’re looking to build from the ground up, similar to what Dosh is doing.”

While you might assume the success behind the app comes from the idea and the coding, both Wuerch and Stephens said that the tech minds here in Austin are to thank.

"I don't believe that we would have had the level of acceleration growth," said Wuerch. "And, you know, before I moved here, it was always a question mark. Why is everyone always talking about Austin? ... I call it the perfect storm, where so much is happening here, from large companies who are saying we want to move our headquarters here to some of the great minds who are wanting to move."

"I mean, the combination of Texas being such a business-friendly environment and then Austin having all of the talents that they're really looking for," added Stephens. “It’s a nice balance for the city.”

"So, the fact the Dosh has done so well and the fact that a lot of groups out there are doing really incredible things makes it so it's a really cool time to be in there," said Amber Gunst, CEO of Austin Technology Council.

Gunst has seen thousands of companies come into the city and she said a lot of those have made it as well. She has a pretty simple way to judge that.

So even though we look at this as a time of extraordinary growth and boom here in Austin, Gunst said it’s nothing new.

"Tech in Austin is a really exciting space to be in,” she said. “You have so many companies that are really looking to Austin and the creative value that we provide."

That’s tech giants like Google, Apple, even the Army Futures Command Center, among others. And they don’t decide to move headquarters here without the quality of life and the people Austin provides.

"You've got a lot of companies making a lot of moves,” she said. “These are companies doing really great and really cool things that are going to change how we live our lives and how we run our businesses every single day."

"I believe this is going to become a hotbed for investment where the greatest companies, irrespective of what industry they're in, are coming here,” said Wuerch. “And, in order to make that happen, every element of Austin has to think big."

Thinking big is just what Dosh plans to do. As the city continues to grow and its tech industry is fueling tech giants and still funding the small startups, Wuerch is hoping Dosh is at the very center of it.

"We want to create a company that's here in Austin that is no different than how Mountain View or Silicon Valley claim an Intel, claim a Facebook or claim a Google, claim a PayPal,” said Wuerch. “Our objective is to do that here in Austin, Texas, and create a brand that everyone knows around the world.”

Dosh itself has also brought in some of the best minds, Wuerch said, between getting three of the top people in Austin he identified when starting Dosh and bringing in a CFO who was a board member at Google Alphabet.

“I really was looking for this alignment between my personal life and my professional life but also live within the community that’s thriving and at the time still growing,” said Shubhi Rao, Dosh CFO. “Austin, when I got the call for this role, it just felt like all those pieces both personally and professionally were aligning.”

She also thanks quality of life as to what makes the people move here.

It's all a part of bringing in the perfect storm with the perfect balance of giants and startups that make Austin a boomtown that's continuing to grow.

Statistics on the top six Austin-area venture capitalists can be found below: 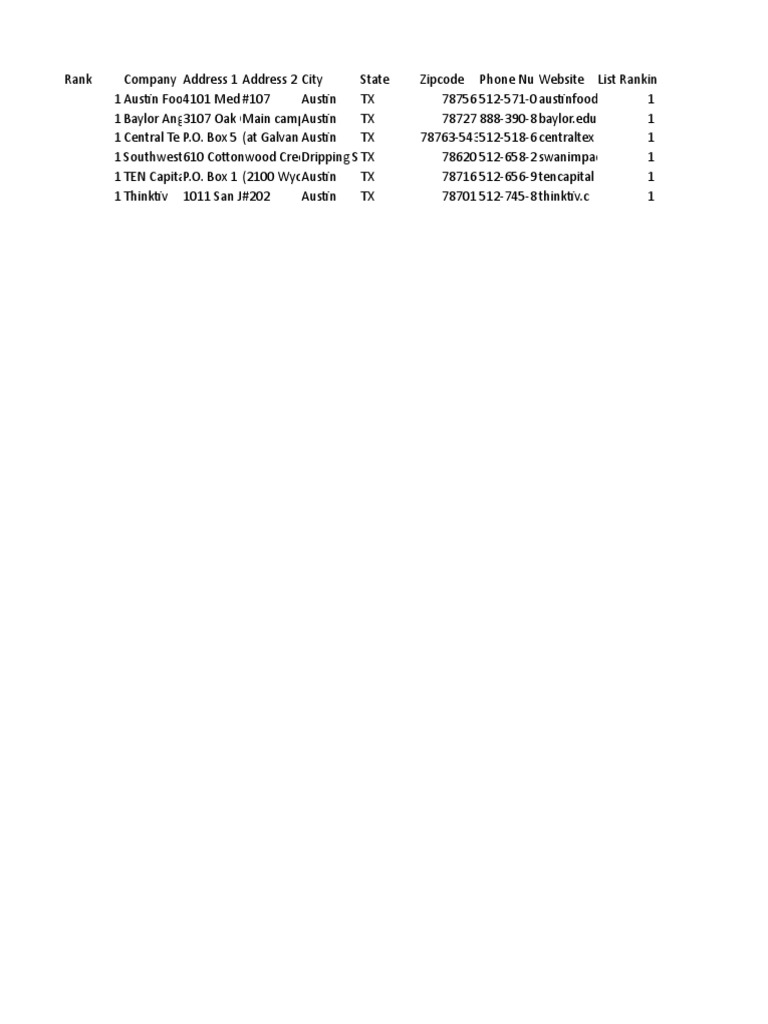