As people continue to move to Central Texas, many say they need to find a faith home to feel grounded and stable. 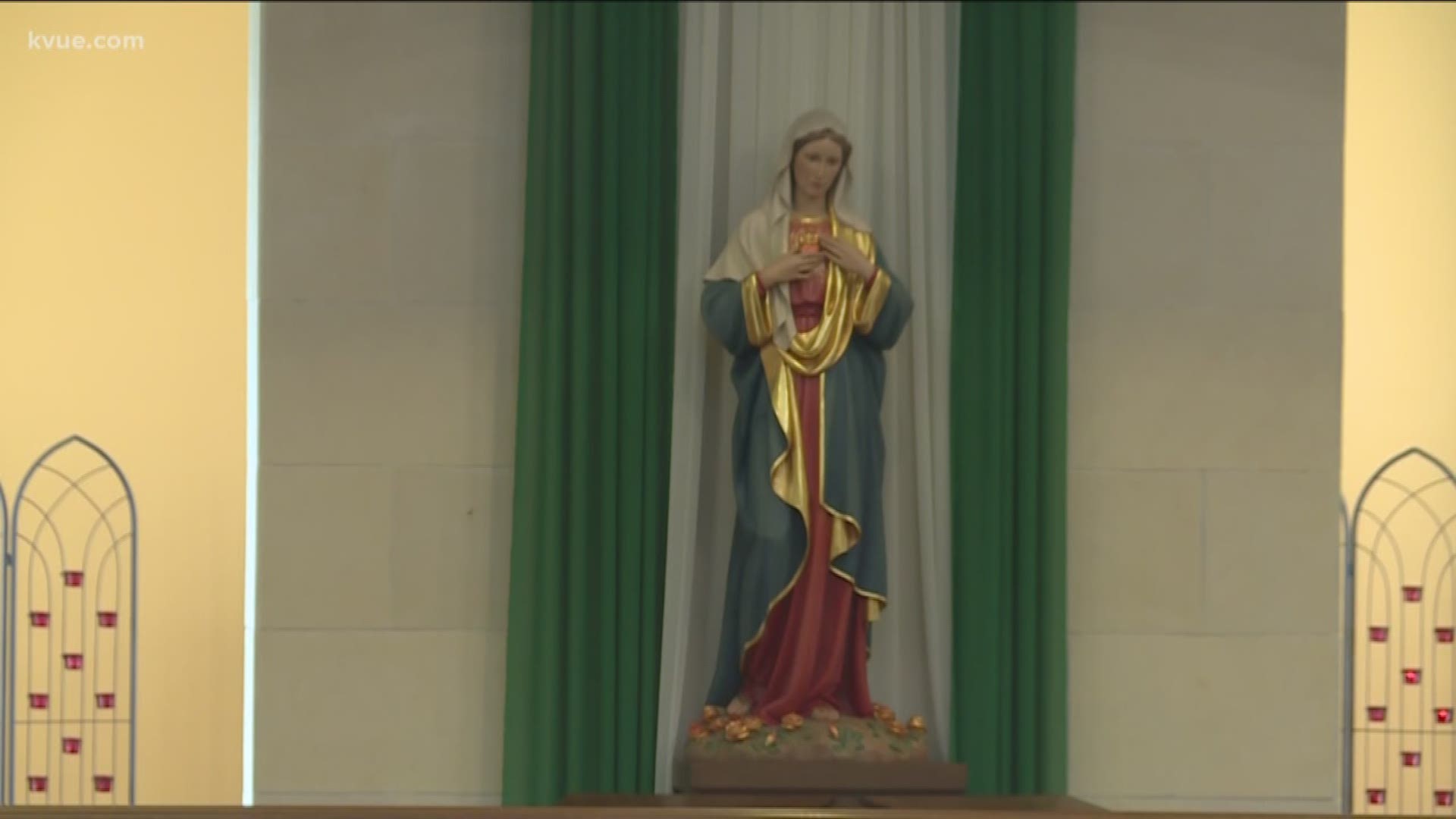 When you think of population growth in Central Texas, you probably automatically think of traffic. You may also consider things like rising home prices, crowded schools and gentrification.

But in Boomtown 2040, as we take a deeper dive, KVUE is also looking at something a little more personal: religion.

Even as religious affiliation in America declines overall, the growth in Central Texas is impacting local churches.

You may notice the pews at your church are fuller than they used to be, parking is more difficult or your faith group may move a meeting to avoid fighting traffic.

"There's been just consistent growth over the past 20 years. I've seen tons of change,” John Burke, the founder and senior pastor at Gateway Church, said.

Burke started the church 20 years ago with 10 people in a house.

"Our motto was, 'Come as you are, and no perfect people allowed,'” Burke said.

Now, the church has four locations and about 5,000 members.

“The world is coming to Austin,” Burke said.

According to Burke, their members represent 65 countries.

"It's really cool, I think, to see the world really coming to Austin and getting to value so many different cultures," Burke said.

But while getting bigger, Burke said their challenge is staying small.

That's why they're building two new campuses -- one in the Buda/Kyle area, the other in Pflugerville -- to keep that close community connection.

"Nobody really wants church to feel like Disneyland, you know, standing in lines and all that, and so, that's always why we're doing campusing rather than just building bigger and bigger buildings,” Burke said.

And they're not the only local faith group looking to build.

He said they currently have almost 40 construction projects in the works worth about $95 million.

"It's pretty significant growth we've seen over the past 16 years,” Whitaker said.

He said the diocese has doubled in members in that time. They now serve about 140,000 households -- and they're trying to keep up.

RELATED: Texas tops list for growth even though the rate has slowed

RELATED: Austin is the fastest-growing big city in the U.S., study shows

"We're experiencing that growth where they're coming from other places,” Whitaker said.

Whitaker said one example of that growth is at St. Vincent de Paul Catholic Church in Round Rock. Less than 20 years old, that church now has 1,500 registered families.

"No matter how large we get, it's important for people to feel connected,” Imam Islam Mossaad said.

"We now have to have three different services because this space will not allow for a one service,” Mossaad said.

Mossaad said they hope to build a new mosque in the next year to help create more space.

"I myself doubt that even after it's built that that will be sufficient. I think, with Austin growing the way it is growing in the past few years, that we will continue to need to have expansion,” Mossaad said.

At the First Presbyterian Church, Pastor Elizabeth McLean said they see the growth in their preschool and Sunday School classes.

"We do not have any empty room anymore,” McLean said.

Yet, she said they’re looking to add even more classes and age groups to keep up with demand.

"There is a stream of people and telephone calls,” McLean said.

RELATED: Austin's housing market is doing great -- but some neighborhoods are selling more homes than others

"I am one of those hundreds of people who move in every month,” McLean said.

She said that moving, that uncertainty, may also be what’s driving folks through their doors.

"What we're discovering is the folks moving in, they want traditional roots for, I think, when everything else in your life is tospy-turvy. Having something that feels like it might have when you were a kid or has a sense of long history to it is very comforting," McLean said.

But some religious communities are seeing a different impact due to their location.

"Most of them have moved away from campus and are not here on Sunday, so they typically go somewhere else perhaps,” Rev. Mike Adams at All Saints Episcopal Church said.

He said that the diocese is building more churches, but they're further outside of Austin, leaving the 120-year-old establishment located near the University of Texas campus without that growth.

"Most of our folk nowadays live away. We're not really a neighborhood church,” Adams said.

Adams said they've cancelled their weeknight services and gatherings due to members not wanting to fight traffic.

"Most of the meetings that we used to have in the evening are now at lunchtime, when people tend to be more closer to downtown area,” Adams said.

Instead, he said they're pouring their efforts into their community outreach programs like helping the homeless.

"We see a lot more folks in need of assistance than we used to,” Adams said.

"We'd like to get a little younger. As we age, the congregation is getting a little older," Adams said.

In efforts to reach more people, religious groups aren't confining themselves to the four walls of a traditional church-style buildings anymore.

Some are holding faith-based events in movie theaters, bars or coffee shops.

They're creating spiritually-focused podcasts and even streaming their Sunday services online.

KVUE talked to several others faith groups, but couldn't include every single church and religious organization in this story. So, if you are seeing another impact where you worship, be sure to let us know at news@kvue.com.