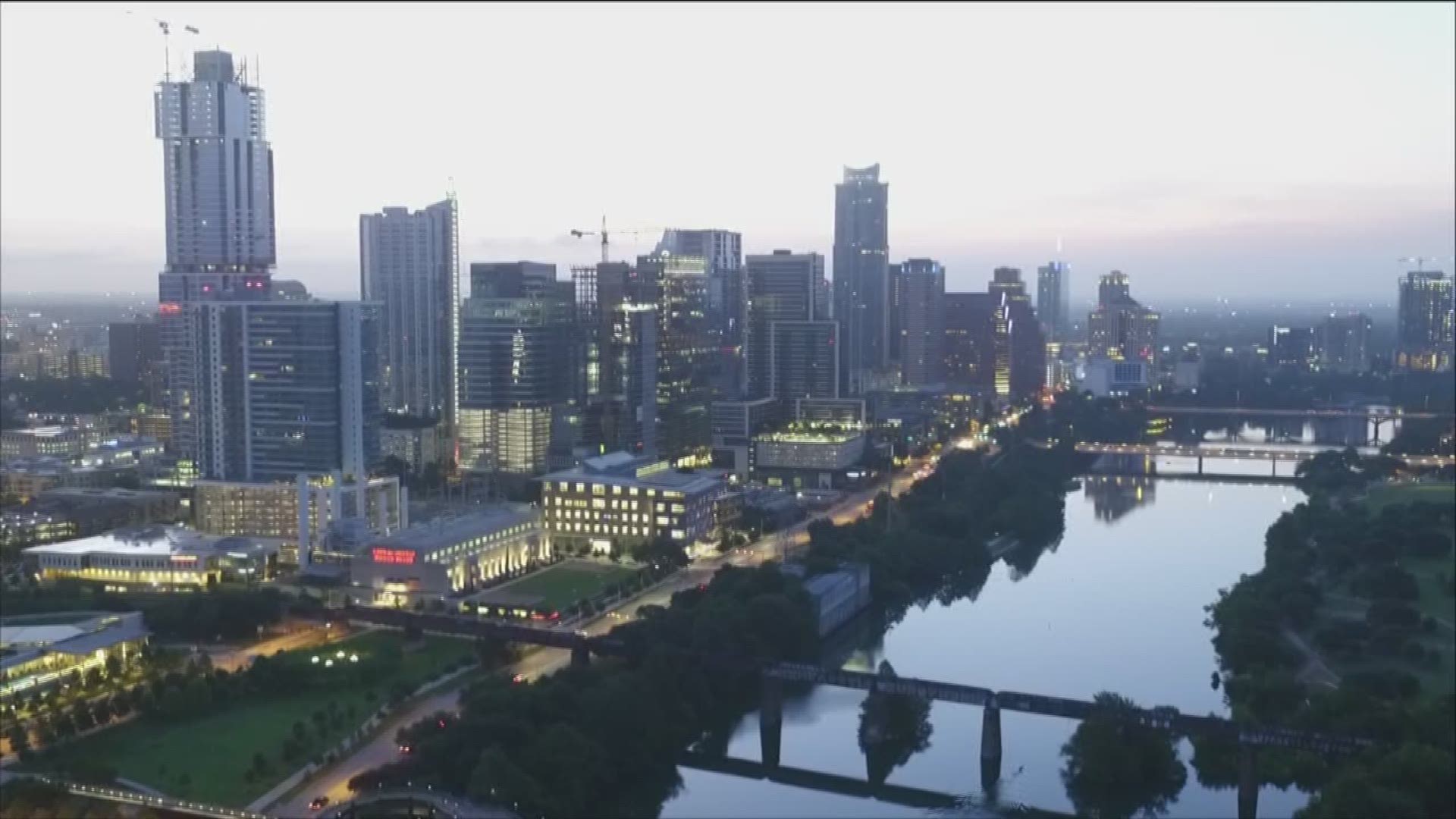 AUSTIN, Texas — It feels like just about everyone is moving to Austin as the city continues to grow, but now we know where those people are coming from.

According to an analysis by Austin Chamber of Commerce Director of Research Chris Ramser on Feb. 21, Austin's metro area has grown by an average of 152 people per day since 2010. That's a total of 55,500 persons annually.

Ramser's analysis is based off the U.S. Census Bureau's annual Population Estimates program.

But many are moving out of Travis County, according to the analysis. The county had a net loss of about 12,000 people to areas of Williamson, Hays, Bastrop and Caldwell counties.

Austin is the fastest-growing big city in the U.S., study shows